Israel’s silent war on the children of Palestine

Fortunately much of the world is now fully aware of Israel’s apartheid wall and the zionist state’s grotesque, illegal occupation of the Palestinian territories that it represents. But few are aware of the endless number of other apartheid structures scattered throughout Palestine with the direct purpose of further demoralizing and dehumanizing its proud people. At just four and five years old some might wonder if the Sasrriya kindergarten kids in Al-Khalil (Hebron) are aware of the apartheid fence they encounter every morning walking to and from kindy. On Sunday february the 29th, whilst under the protection of international volunteers, these Palestinian kindergarten kids set off from home for a short yet challenging journey to school. 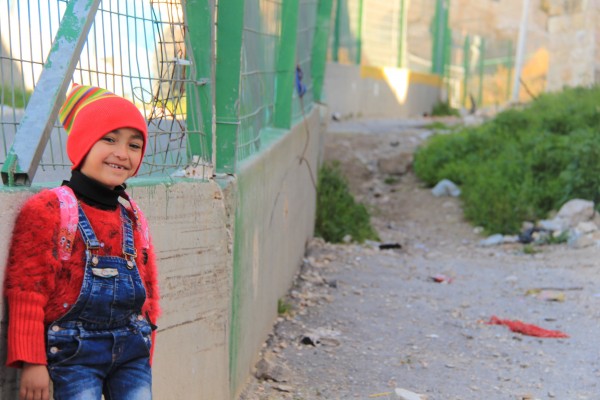 The kindergarten sits atop a hill. At it’s base is an apartheid fence. This symbol of persecution and maltreatment splits the path below in two. On the left is a well paved and regularly maintained strip. On the right is an old, eroding stretch of rubble littered with waste. The fence and its paths are located in the H2 area of Hebron, home to both Palestinians and illegal Israeli settlers, yet only one is accessible for these young Palestinian kids. With the well preserved strip specifically constructed for exclusive use by zionist settlers and the Israeli forces based in the area to serve them, the young children are forced to trudge up and down the dangerous, uneven path to get to and from kindy. Slipping and sliding on the loose ground below, the internationals always do their best to guide the kids through the uneven rubbish filled terrain and safely to their destination. 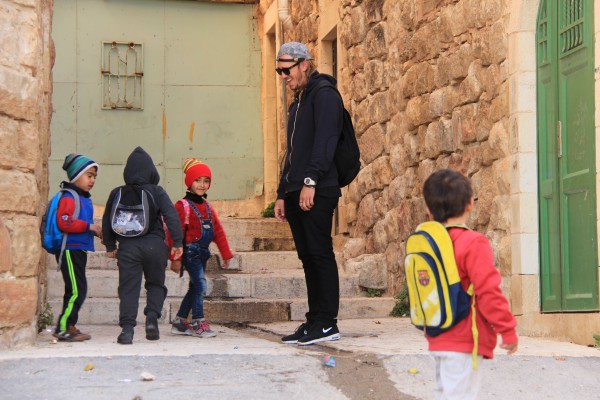 “Its a horrible thing to see. To be exposed to this callous process of oppression and degradation at such a young age… I really feel for the Palestinian kids.” Human rights defender in Hebron. 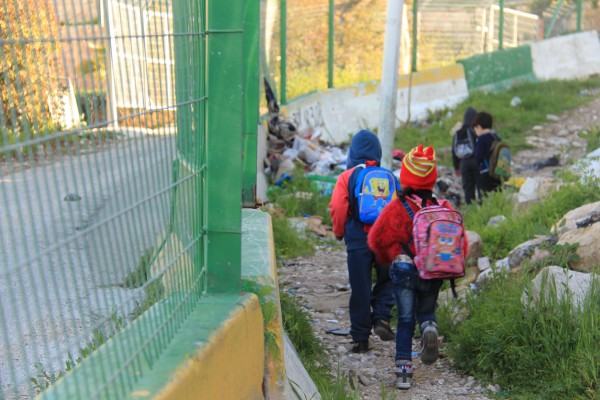 Parents will only allow their children to attend kindergarten under the guidance and protection of international activists. Each morning volunteers from all over the world pick up the excited children from their homes and make their way up the apartheid path hand in hand. With Israeli soldiers and illegal settlers regularly abusing and harassing the innocent young children, the presence of these international activists is essential to ensure the safety of the kids. But even with the efforts of these human rights defenders Israeli forces and zionist settlers still attempt to dehumanize the kids, often hurling rubbish at them, making animal noises, learning their names to confuse and scare them and even attempting to take their hand and lead them astray. The harassment is so great that even the kindergarten teachers fear for their safety when leaving for the day and seek out the protection of the volunteers through multiple checkpoints.

“The kids are so innocent, they are born innocent… They aren’t born full of hate or division, no child is. But occupation deliberately attempts to poison them with it in the hope of one day labelling them the cause of this disaster.” ISM volunteer. 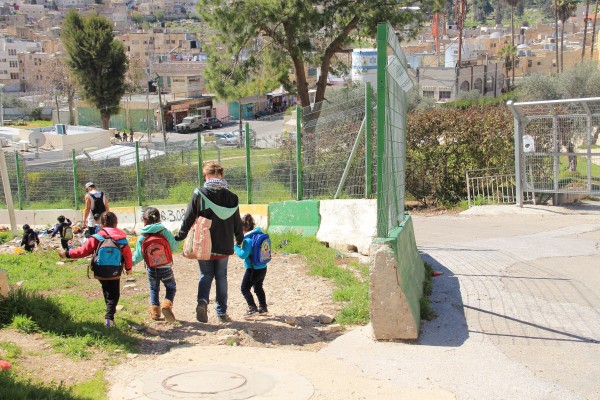 “It sums up Zionist Israel perfectly. Gutless and heartless in their ethnic cleansing of Palestine. They can’t even give kindergarten kids a break… They just want to make life so unbearable for these poor people, from every possible angle, so they quit and leave.” International activist on the scene.

Apartheid can be defined as any system or practice that separates people according to colour, ethnicity, etc. The structures built throughout the Palestinian territories are representative of this process of separation and the collective punishment imposed by the zionist State of Israel. Not only are the Palestinians encaged by an immoral apartheid wall built on illegal boundaries, but the young kids of the nation are being exposed to similar structures of division on a daily basis, teaching them a self image of contempt, isolation and inferiority. 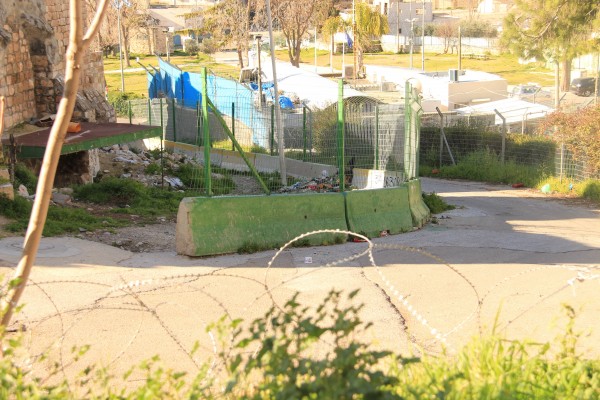 Teachers and kindergarten children are forced to deal with these structures daily, with no end in sight. As the confidence and dignity of the precious Palestinian children is slowly stripped away, those responsible are never held accountable. Much like the excessive force used at many checkpoints, where tear gas and stun grenades are often used on young kids, this psychological abuse is sadly a crucial component of zionist occupation that the rest of the world has long accepted. It is now up to the rest of the world to feel Palestine’s pain and show much needed love and support for it’s wrongly condemned people. 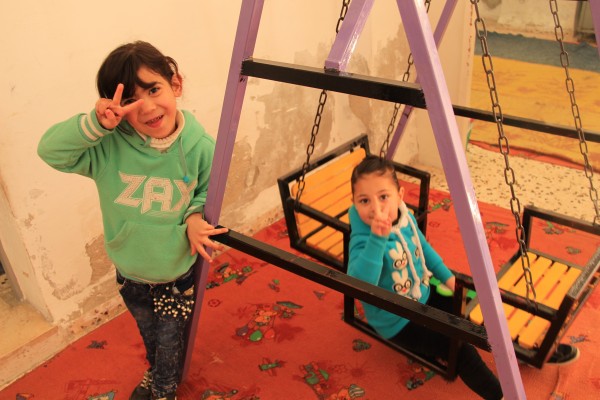