Salaymeh checkpoint in occupied Al-Khalil (Hebron) is notorious for Israeli forces using live ammunition, tear gas and stun grenades to willfully wound, frighten, intimidate and demoralize Palestinan school children on a daily basis. In one of the most grotesque examples of this inhumane Zionist occupation, this checkpoint see’s scared Palestinian kids, many aged five years old and younger, cross through under the protection of their parents and international activists. Their presence is essential to desperately attempt to ensure the sacred lives of these innocent children are kept safe from aggressive Israeli forces. All those involved are regularly exposed to brutal acts of violence with Israeli soldiers almost never being held accountable. On Thursday the 25th of February, just 11 days after Yasmin al-Zarour was gunned down at the soon to be upgraded checkpoint, for Israeli ‘security purposes’, Palestinian children and woman were attacked by multiple units of the occupying forces as they attempted to get to where all children should have a right to peacefully enter, school.

Palestinian children submissively pass through the Salaymeh checkpoint under the protection of their mothers, fathers, older siblings or international activists. Collectively, these groups of individuals are there to ensure the safety of the children and to limit the dehumazing behaviour of the Israeli soldiers towards the young kids. After being herded through like sheep, a group of young kids decide to return from their school and express their objection towards this brutal occupancy. Much to the anger of the rest of the Palestinian community, the kids throw stones at the soldiers then quickly retreat to their school. This small act of defiance is met with an extreme show of power and violence from the Israeli military. A stun grenade is immediately hurled down the school street by a soldier, scaring off confused and unaware children. At this point, the Israeli forces rush to prepare their full combat gear, putting on their armoured helmets and collecting tear gas grenades and cannisters, all in an effort to pursue the already retreating school children. 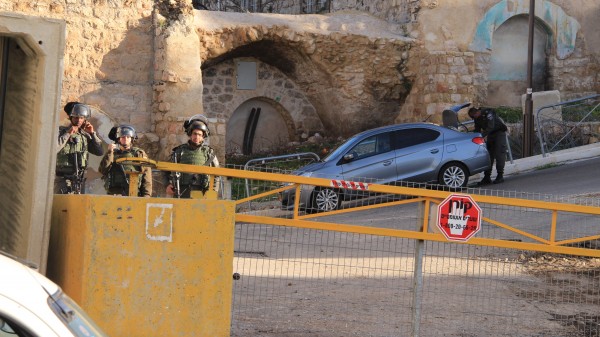 As if the Israeli forces dominance over the stone throwing children is not already apparent by the extreme imbalance of force shown, fully armoured Israeli soldiers rush beyond the checkpoint into the busy school street. Waving guns in an attempt to scare any innocent bystanders in the process, the soldiers make their way to the Palestinian school. Carefully positioning themselves for the optimal angle, the Israeli commander of the unit teaches a fumbling soldier how to load his assualt rifle with tear gas, then proceeds to fire it towards woman and children. Tear gas soon fills the street and leaves many school children and their protective families struggling to see and breath. 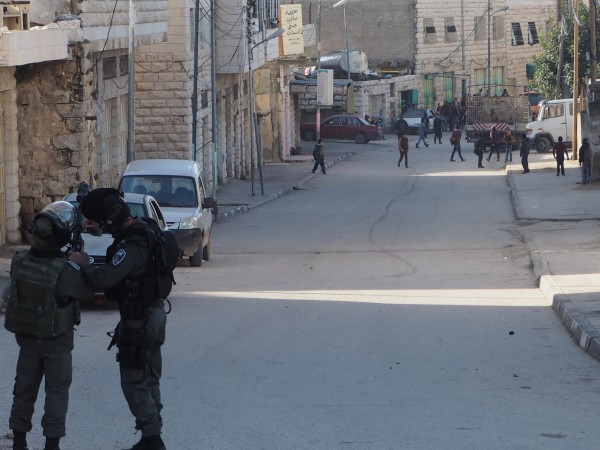 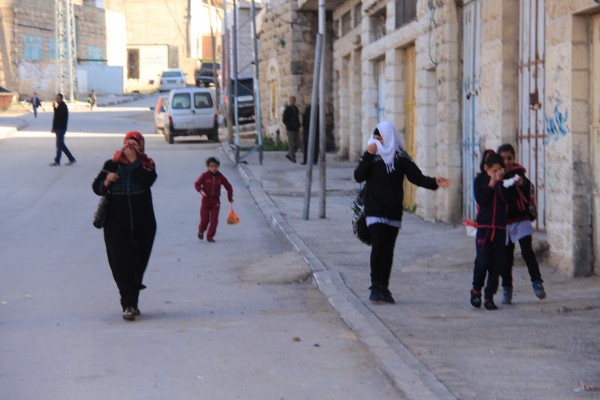 “This is our third day in a row at this checkpoint and each day its gotten progressively worse. First with stun grenades, then tear gas and assault rifles with the safety pins removed. The soldiers are out of control. It’s beyond shocking. Back home we wouldn’t even have a reference point for this craziness. It’s impossible to contemplate until you actually come here and witness occupation. No one in there would ever imagine that this happens to children in this day and age.” ISM activist on the scene. 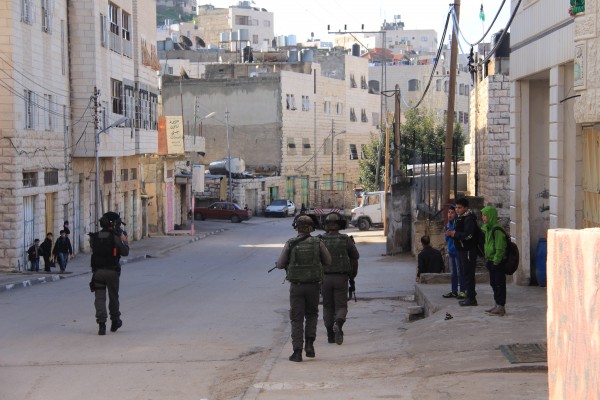 A second unit of Israeli forces then enters from the adjacent street, pushing deeper into the school zone as the other unit pulls back. With their safety pins removed and their assault rifles darting from one innocent child to another, soldiers assert their dominance over the unarmed Palestinian people and even begin threatening local drivers in their cars at gun point.

“At one point I thought the Palestinian driver was going to be killed for sure. The soldier was yelling at him in Hebrew whilst walking with the car back in reverse before the poor driver just eventually sped off for his life. An innocent driver… Madness.” Human rights defender. 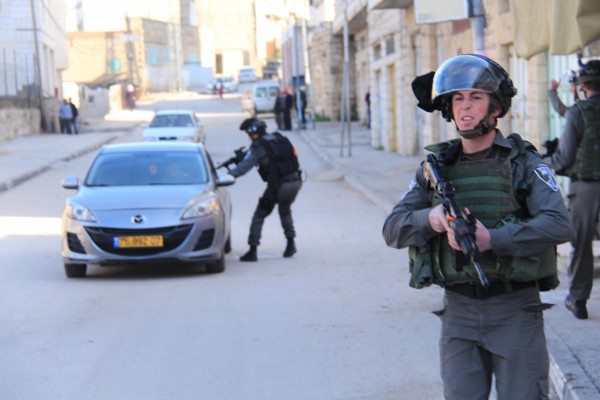 “The children? Haha… I am a man… I am THE man.” An Israeli soldier’s response to an activist when questioned about his moral decision to throw a stun grenade at young Palestinian children.

The attrocities experienced by these young Palestinian children are not isolated. They are occurring every day. And they are occurring to Palestinian kids all over the occupied territories. Even with the presence of internationals to bring an element of desperately needed accountability to this horrific occupation, Israeli forces still show no mercy towards the Palestinian people. But with sorrow comes opportunity. An opportunity for the world to come together and bring about positive change. Regarding an issue that is unanimously regarded as sacred, the safety and wellbeing of children is something that no legitimate governing state would ever compromise. With the fragile lives of these children in the balance, it is up to the rest of the world to join together in unity and demand an end to this barbaric treatment and Israel’s apartheid regime. 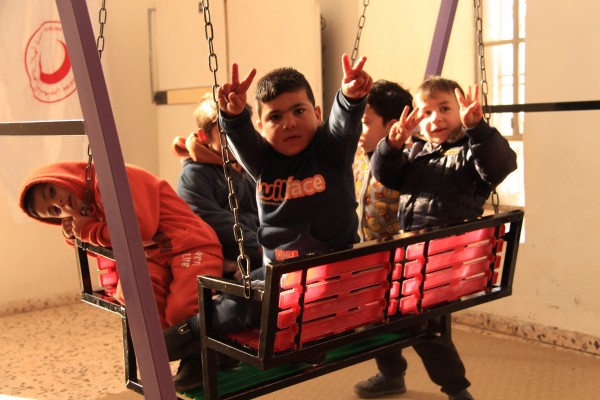 Palestinian school children enjoying the safety of their class room