On Wednesday evening, 24th February 2015, a commemoration for the victims of the 1994 Ibrahimi Mosque massacre in occupied al-Khalil (Hebron), was interrupted by infamous settlers attacking the group of Palestinians and internationals peacefully remembering those killed and the implications of this massacre on basic Palestinians rights. 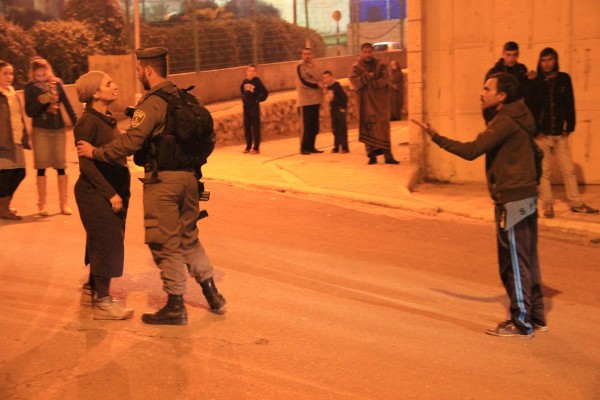 The residents of the Salaymeh neighbourhood which is located directly next to the Ibrahimi Mosque, have been gathering every day around a nightly bonfire for the last few months. Doing so as an act of defiance against settlers from the illegal settlements, foremost among them infamous settler Baruch Marzel, gathering at a settler-only bus-stop across the street. With their presence, the Palestinians are demonstrating that despite the lethal and non-lethal violence they have to face by settlers, they will not be intimidated by them. 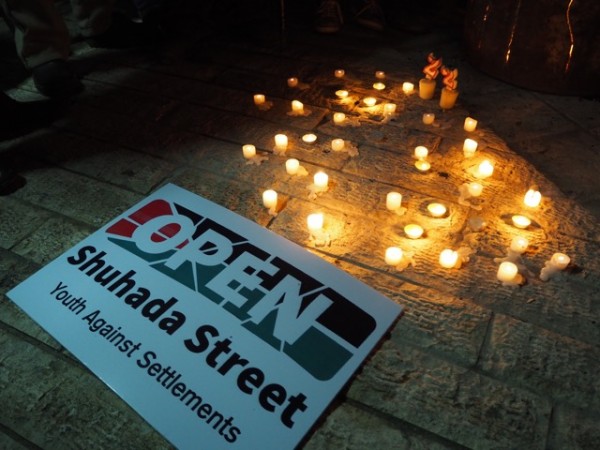 On Wednesday evening, Palestinians and international supporters gathered  in an event organised by Youth Against Settlements as part of their Open Shuhada Street campaign. With the importance of this gathering being to stress the vital yet peacefully displayed acts of resistance and defiance against the settlers and Israeli forces’ continuous acts of intimidation, harassment and violence. For the families, the event can and will never be linked to any organisation or party, but will always stay an act of popular resistance any person is invited and welcome to join, as it’s not a one-time event that gives them a feeling of security and solidarity, but the everyday gathering around this symbolic bonfire that is called the ‘tanakeh’ (Arabic word for the barrel the bonfire is lit in). 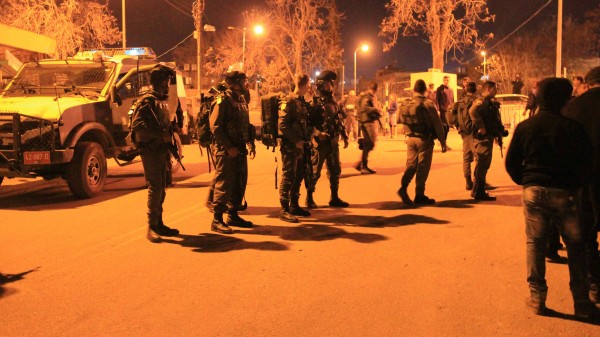 While a documentary about this massacre was screened, Israeli forces at the nearby checkpoint detained three Palestinian men and a girl that were on their way to join the event. Two heavily armed Israeli settlers stopped their car next to the Palestinians that had been detained for already more than half an hour for no reason, and getting out of the car threatened Palestinians. Even though they left, another settler, infamous violent Anat Cohen, arrived and slowly and deliberately drove her car into a big group of Palestinians gathered at the side of the road while insulting them through her open car window. The Israeli forces refused to intervene and let her drive off. She immediately made a u-turn and came back, got out of the car and started threatening, intimidating and attacking Palestinians and internationals, hitting them and trying to slap cameras out of their hands. 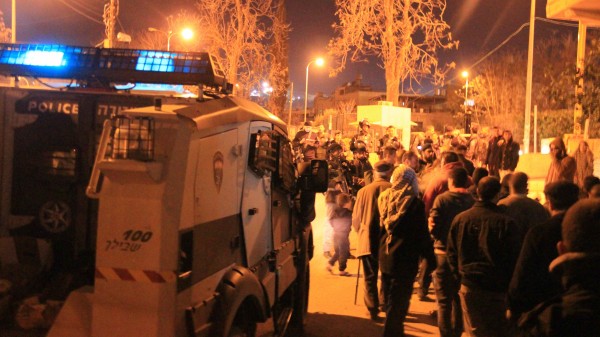 The whole time, the soldiers at the checkpoint were merely watching and refused to intervene and stop the violent assaults. Instead, as more soldiers arrived, they started violently pushing back the Palestinians.

At the end of an event supposed to peacefully commemorate the heinous massacre committed 22 years ago – two Palestinians had to be brought to hospital as a direct result of Israeli forces’ violent assault on a group of people that were being attacked by an infamously violent settler – apparently the only person the Israeli forces were willing to protect as she was allowed to leave without any consequences for the disruption of the peaceful event, the harassment or the violent assaults. 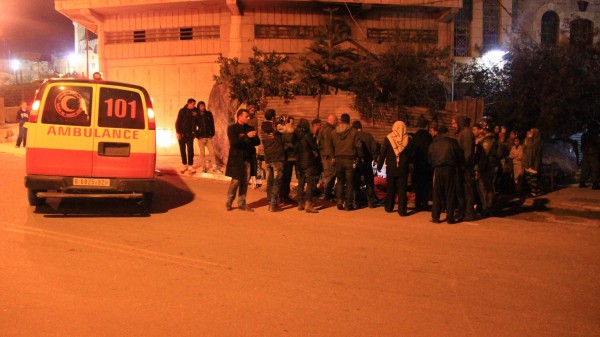 An ambulance arrives to take away injured Palestinians