On 26th February 2016, Palestinians in occupied al-Khalil (Hebron) jointly commemorated the Ibrahimi Mosque massacre and protested against the closure of Shuhada Street and the illegal Israeli military occupation. 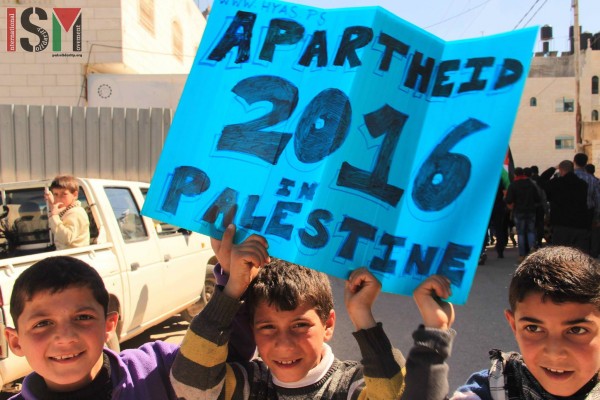 Palestinian children display a sign against the apartheid regime

The peaceful demonstration, organised by the local activist group Youth Against Settlements as part of their Open Shuhada Street campaign, started marching from al-Nimrah mosque after the noon prayer towards the Ibrahimi Mosque. Palestinians, international supporters and journalists from local and international media walked through the streets of the city toward the Ibrahimi mosque, chanting against the illegal Israeli occupation, the illegal settlements and in support of prisoners under administrative detention being held by Israel without charge or trial. 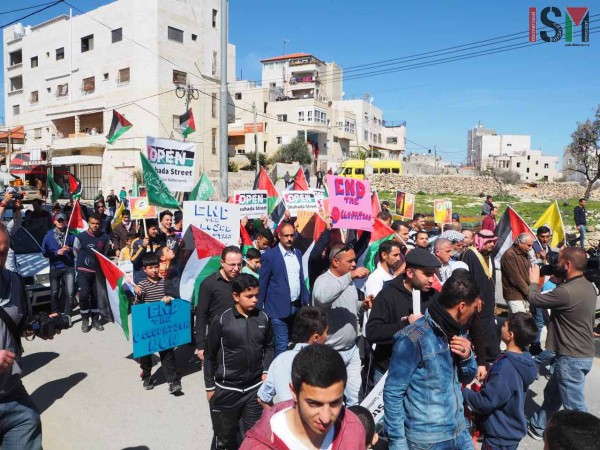 The demonstration was in commemoration of the 1994 Ibrahimi Mosque massacre, in which 29 Muslim worshipers were murdered by extremist Israeli settler Baruch Goldstein when he opened fire inside the mosque during a Ramadan Friday prayer, also injuring more than 120 people. In the aftermath of this heinous massacre, Israeli forces cracked down on Palestinian basic human rights and freedom of movement, closing shops in the once thriving Palestinian market in Shuhada Street and completely barring them from accessing this road that has been declared a sterile area. The Ibrahimi Mosque was divided into exclusively Jewish and exclusively Muslim areas for most of the year, with access to the mosque entirely controlled by Israeli forces. 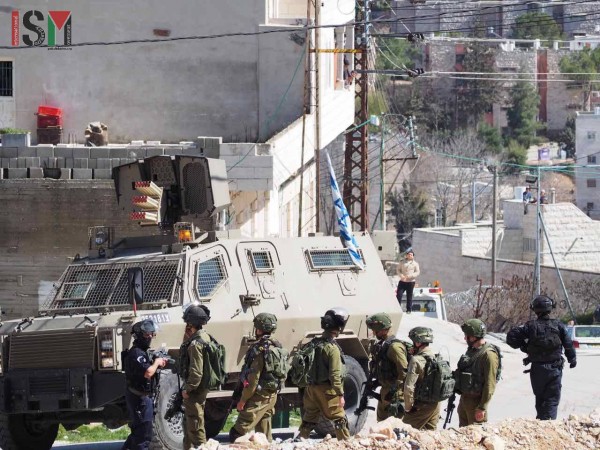 Israeli Forces ambushed the peaceful march when they were about half way towards the Ibrahimi Mosque, using the roof of a Palestinian family home to throw stun grenades into the crowd of people peacefully making their way to the mosque. As the demonstrators rapidly tried to escape the stun grenades flying at them in from above above in quick succession, Israeli forces began shooting endless rounds of tear gas into the neighbourhood. They aimed mainly, though not only, above the heads of the protesters into the neighbourhood populated by Palestinian civilians not even involved in the march. 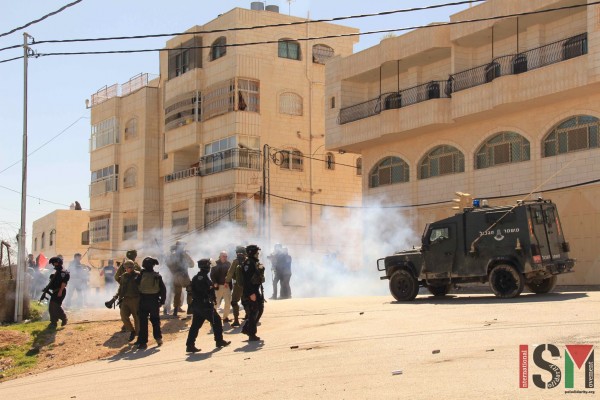 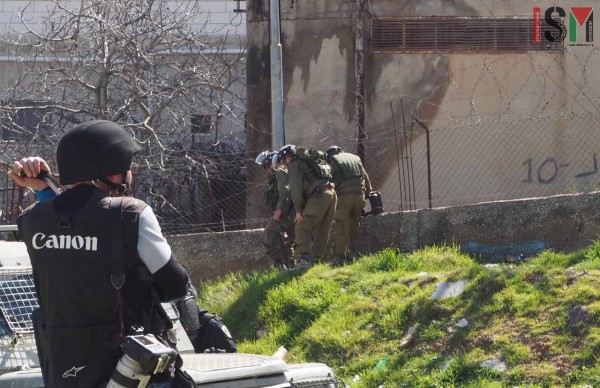 While Israeli forces showered the area in tear gas, the sound of ambulance sirens echoed through the streets. About a dozen people had to be taken to hospital by ambulance for excessive tear gas inhalation. “We were filming with an ambulance next to us and we could see the Israeli army target this ambulance, throwing stun grenades directly at it”, recalled James, an Australian activist.

Israeli forces arrested two Palestinians, one of them a lawyer, the other a journalist. The journalist was directly targeted by the army, that went up to a group of people, grabbed him and walked away with him while ignoring everyone else.

This 7th annual Open Shuhada Street protest comes after months of increasing violence, restrictions and collective punishment imposed by Israeli authorities on al-Khalil’s Palestinian residents. At the end of October Israeli forces began imposing a ‘closed military zone‘ on the short portion of Shuhada street where Palestinians were previously still allowed to walk, along with a large part of the adjacent Tel Rumeida neighbourhood. Palestinian residents and activist groups have been nonviolently resisting the closed military zone, which requires residents to register in order to be allowed into their homes and bars other Palestinian and human rights defenders from entry. The closed military zone, along with the widespread, deadly violence and closures deployed against Palestinians in al-Khalil, has also been broadly condemned by Palestinian and international human rights groups; on the February 25th anniversary of the Ibrahimi mosque massacre, Amnesty International released a public statement calling on Israeli authorities to “lift the discriminatory restrictions, end the collective punishment of Palestinians in the city and protect human rights defenders there.”