On Wednesday, 6th January 2016, schools in occupied al-Khalil (Hebron) marked the start of the winter holiday by handing out certificates to the students and giving awards to the best students. 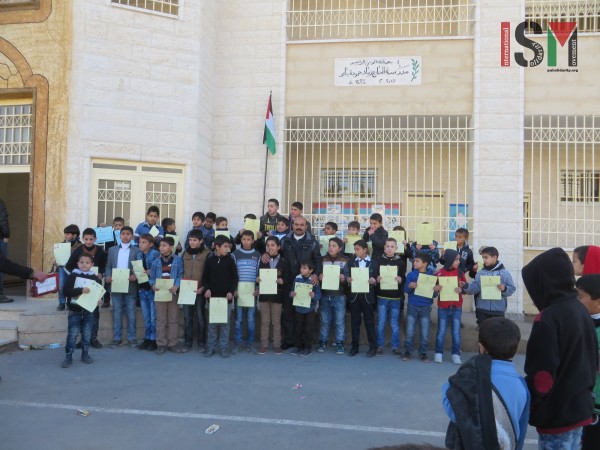 At Ziad Jaber elementary boys school, school started at 9 o’clock with a ceremony where teachers handed out certificates to all the students, who had finished their final exams before the holidays in the weeks before. The best students from each class were also awarded certificates for their outstanding achievements.

Throughout the school year thus far, teachers and students have had to face harassment, intimidation and violence from both Israeli forces and settlers from the adjacent illegal Kiryat Arba settlement. At the military gate blocking one of the roads leading towards the school, teachers have been body searched before their students’ eyes on an almost daily basis. Even students, despite their young age, have often been forced by Israeli soldiers stationed both at the military gate and at another checkpoint on the other side of the main road to wait to either have their bags searched or to lift up their shirts and trouser legs. 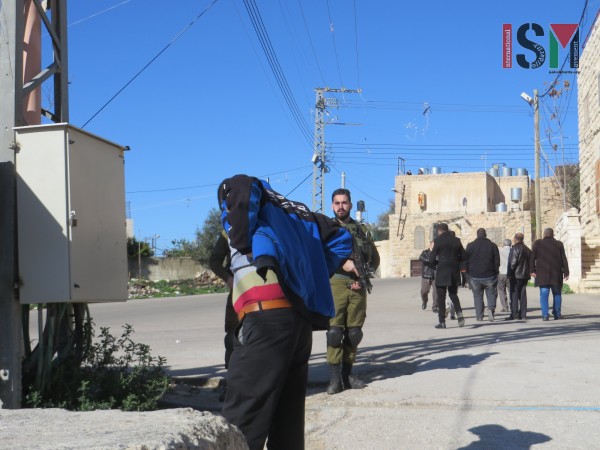 Teacher forced to lift up his shirt by Israeli soldiers 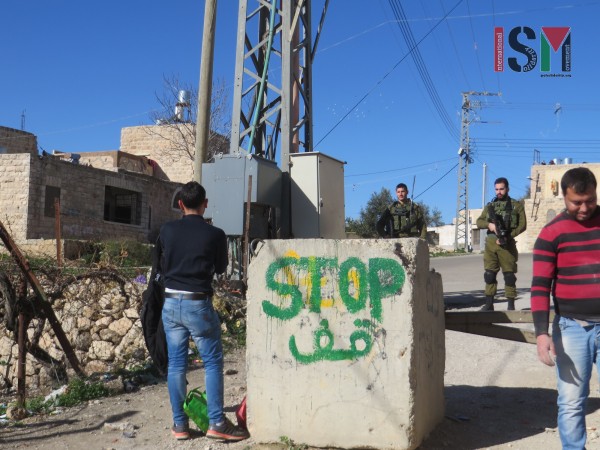 Student forced to take of his jacket by Israeli soldiers

As the main road leading past the school connects directly to the illegal Kiryat Arba settlement, settler harassment has also been common for both students and teachers. More than once, settlers have intimidated students and threatened violence or ordered soldiers to arrest children. In an incident on 30th December, infamous and violent settler Ofer, who usually drives in an ambulance even though he has no medical training, commanded soldiers to arrest children, claiming that they were throwing stones. Luckily teachers from the school were able to stop Ofer from entering the schoolyard. 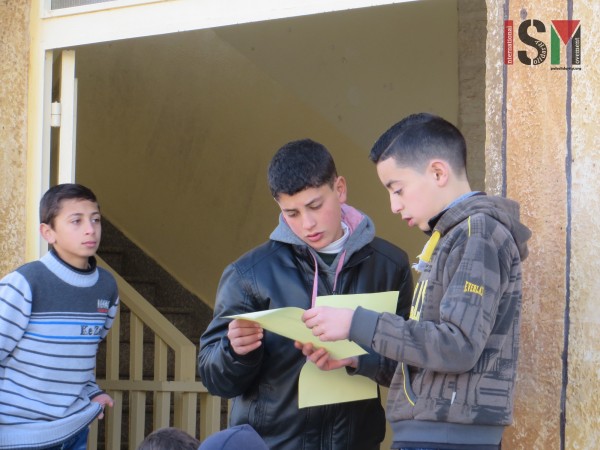 Students looking at each other’s certificates

The impact of all the harassment, intimidation and violence students face on a daily basis on their academic achievements can hardly be estimated. That it impacts the accessibility of education – a basic right for every child – is without doubt. Growing up in Israeli military occupied Palestine takes a huge toll on childhood. 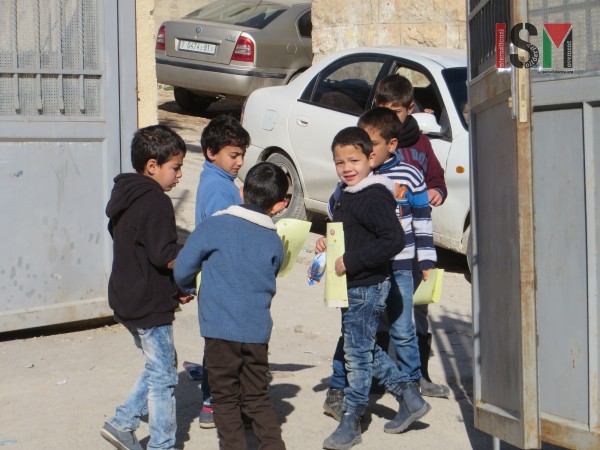 Students leaving school for the holidays with their certificates