Yesterday, 16th of January 2016, the area of Queitun in Al-Khalil (Hebron) in the occupied West Bank was invaded by more than 50 Israeli Forces and more than six military jeeps and two police cars. The Israeli Forces raided multiple houses in the area from 4 pm until 7 pm and arrested at least seven Palestinians from the area before finally leaving the families alone. 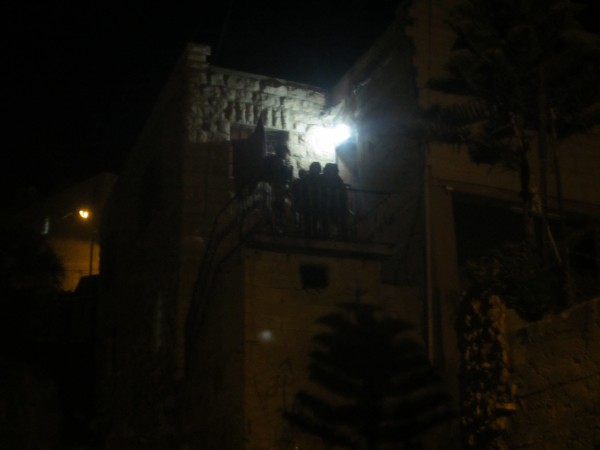 According to witnesses, the Israeli forces entered the area explaining that they heard shooting coming from an unidentified Palestinian home close to the Queitun Checkpoint that leads into the area. However, Palestinians in the neighborhood did not hear any such noises throughout the day.

After the Israeli Forces entered the checkpoint, they raided multiple family homes nearby. In some homes, the soldiers damaged the residents’ belongings and left the homes wrecked. They also beat some residents without any reason. A young man from one of these homes needed medical treatment in the hospital after soldiers violently attacked him. 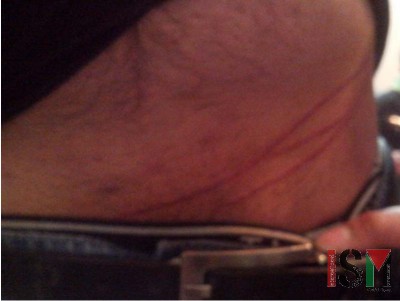 Young man beaten by soldiers with there guns.

During the three hours that the Israeli Forces spend terrorizing the area and harassing the residents, they arrested at least 7 Palestinians. Three of the arrestees were taken around 4 pm and were all from the Karaki family. They were released after less than three hours. 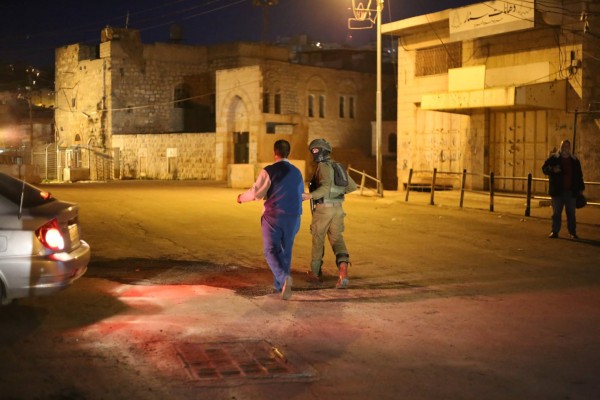 At the same time 40 soldiers entered the Abu Ramooz family home in Queitun to search before going to the neighbor’s house to arrest Hammad Said, 19. During that time, the 8-year-old sister of Hamad was struck in the head by a soldier after asking the Israeli Forces why they were attacking her brother and taking him away. The soldiers then went back to the Abu Ramooz family and arrested Wasam Abu Ramooz, 20, local shop owner Yunis Serbel, 32, and Shaudi Abu Hadid, 48, who was taken from his house where he was alone at the time. These four men had not been released at 8 pm and the families were still not being informed about where they were or what was happening to them. 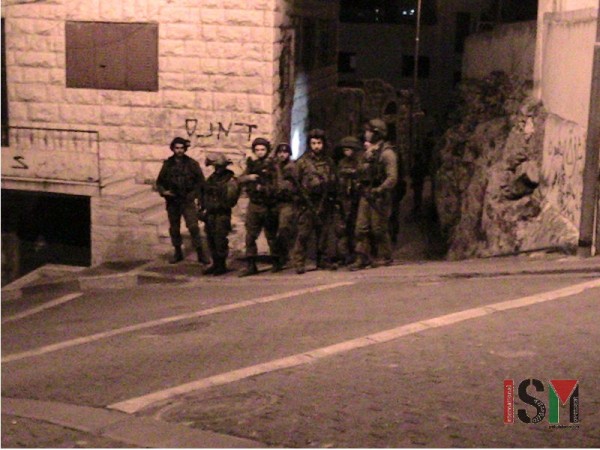 More than 50 Israeli Forces took part in the mission in Queitun leaving many families in fear.

House raids and arrests like these are not uncommon in the area of Queitun that has been suffering from ongoing harassment and military presence. The Israeli Forces took over a whole floor of a Palestinian house more than a month ago and have been using it as a military outpost. The increasing amount of harassment in the area has left many families afraid of letting their children play in streets and opening their shops. This is a clear example of how the military occupation affects the everyday lives of Palestinian families.