On Tuesday and Wednesday, 8th and 9th December 2015, Israeli forces bag- and body-searched virtually every male and female adult walking through or past a checkpoint in the Jaber mountain neighbourhood in occupied al-Khalil (Hebron).

In the afternoon on Tuesday, Israeli forces stopped every teacher on their way home from school, forcing them to lift up their shirts and trouser-pants before being allowed to slowly approach the checkpoint where they had to endure a body-search by the soldiers. The school-children from the elementary boys school nearby were watching this humiliating process, as no-one was allowed to pass the checkpoint until all the teachers’ were patted down by the soldiers. 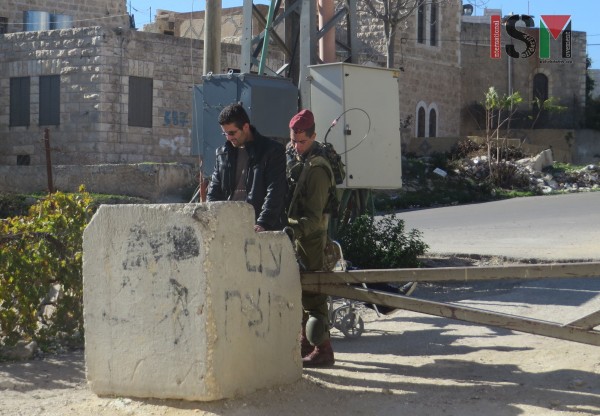 Not only the teachers and the director of the school, but also any other male adult going past the military gate or even past anywhere on the road in the view of the soldiers, were body-searched. As this systematic humiliation of any male adult, and some male youth, kept going on for hours, several people decided to not go past the gate in order to spare themselves this humiliation. Several people, simply going to a shop in order to buy something, passed the soldiers twice within ten minutes and were thus forced to be body-searched twice. Israeli forces forced various adults to even take off their shoes before being allowed to approach them to be body-searched. 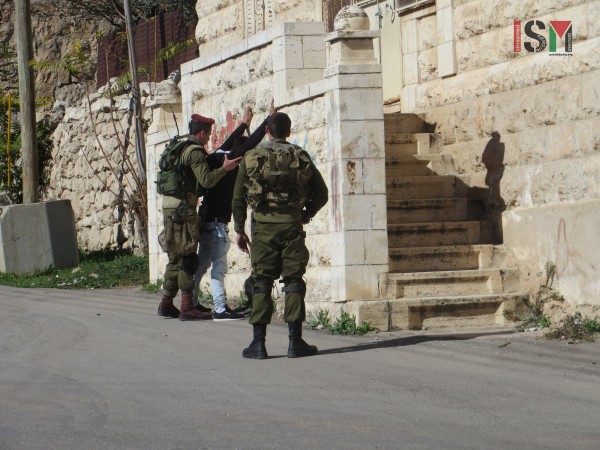 Female adults were stopped and had to throw their IDs on the street, put their bags down,  and  step back a few meters, before soldiers would check their IDs and go through the bags. 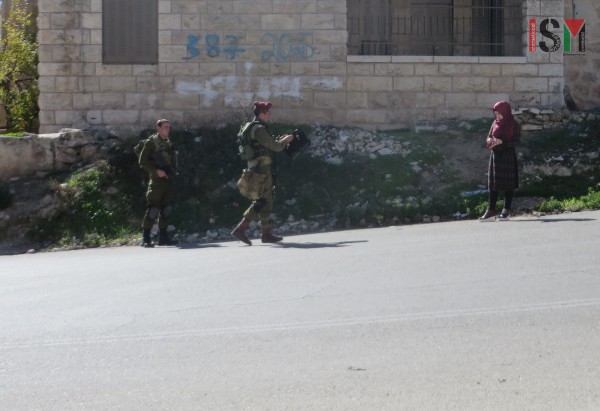