Yet another Palestinian life claimed in al-Khalil (Hebron)

This afternoon, Israeli forces executed a Palestinian young man in occupied al-Khalil (Hebron).
According to eye-witnesses at the scene, the man was walking towards a checkpoint in the vicinity of the Ibrahimi mosque. Israeli forces did not ask him to show his ID or even ask him to stop. Instead they just started shooting him when he was a few meters away from him. ‘There was no knife’, explains an eyewitness that does not want to be identified, ‘I heard four to five shots’. Even though an Israeli ambulance arrived at the scene shortly after, no medical attention was given to the youth. More ambulances kept coming to the scene, but still no first aid was administered. He was identified as 19-year old Saad Muhammad Youssef al-Atrash.
This is the second cold-blooded murder in the neighbourhood of the Ibrahimi mosque, after 17-year old Dania Arshid was gunned down by Israeli forces yesterday. 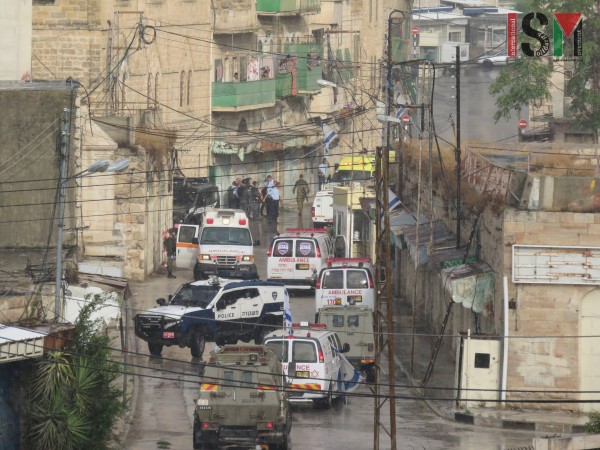 The scene of the shooting