At 8pm on Thursday, October 22, an armed illegal settler and a group of Israeli soldiers searched a garage in Huwwarah and assaulted the owner and other Palestinians present, causing visible injuries. They were searching for a youth who allegedly threw a molotov cocktail at a settler car passing by on the main street toward Nablus. The suspect was not found and they all left.

Afterwards a new group of soldiers arrived in seven jeeps and started searching the area. They asked the owner of the garage what had happened earlier with the settler and soldiers and then carried out a superficial investigation, with questions such as, “What did the soldier who attacked you look like? Was he tall or short? Did he have a beard?”. They then advised the Palestinians to report the assault to the police for further investigation.

According to the Palestinians, this kind of ‘investigation’ is a sham. Similar incidents regularly occur without any real action taken by the Israeli authorities. Afterwards the soldiers went to nearby shops to search for cameras that might have captured the youth throwing the molotov cocktail. 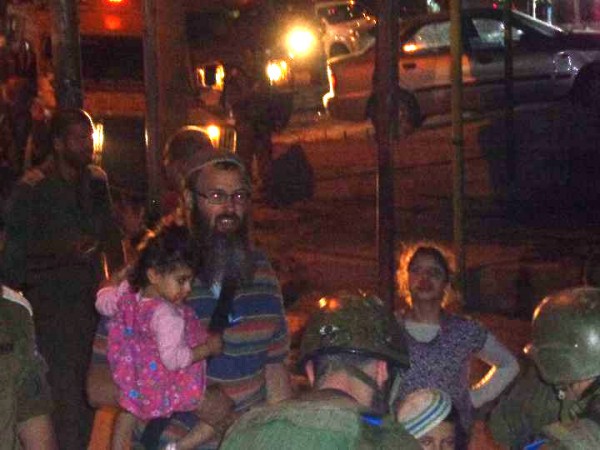 Other illegal settlers passing by the garage stopped to offer coke and sweets as gifts to the soldiers. Reportedly, this incident lead to the closure of the Huwwarah check point, causing heavy traffic congestion on the road between Ramallah and Nablus for over 2 hours.