Sami Ali El Goga – The Story of a Gazan Fisherman 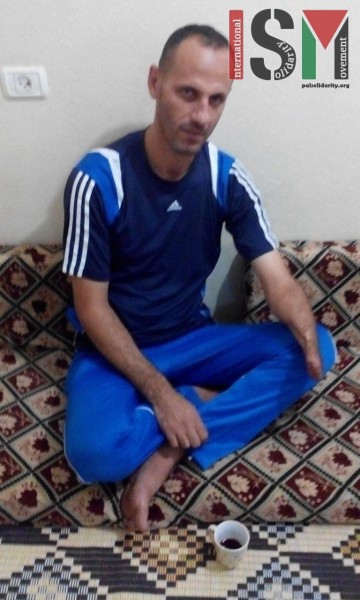 Sami Ali El Goga – fisherman who was attacked by the Israeli navy.

ISM Gaza met the fisherman Sami Ali El Goga, 36, who lost his hand and part of his arm the 12th March 2007, when he was attacked by the Israeli navy. In the same attack his boat was completely destroyed and his 13-year-old nephew, who was in the boat with him, sustained shrapnel wounds throughout his body.

Eight years later he is still waiting for the assistance promised by several international agencies, as he hasn’t been able to work since the attack, and without the boat a 20-member-family lost its source of income.

On that day, Sami and his nephew had just reached the 1.5 miles naval blockade when the zionist army approached and started shooting rockets towards them. They attempted to escape to the closest beach, as there was no chance to reach the port. Once on the beach the shooting didn’t stop. Whilst attempting to escape from the boat with his nephew, it was hit by a rocket and in the explosion Sami was severely injured. He nearly bled to death waiting for medical assistance as the Israeli navy prevented any recue from reaching him until 30 minutes later.

After 3 hospitals in Gaza weren’t able to treat him the Palestinian Authority mediated in order that he could be treated in a Hospital in the ‘48 territories (AKA Israel), as the occupation had previously refused to allow him to exit Gaza. The doctors there amputated his hand and afterwards he was taken by the zionist intelligence for an interrogation before sending him back to Gaza.

This wasn’t the first attack Sami suffered, as another boat from his family had been stolen by the occupation in the past.