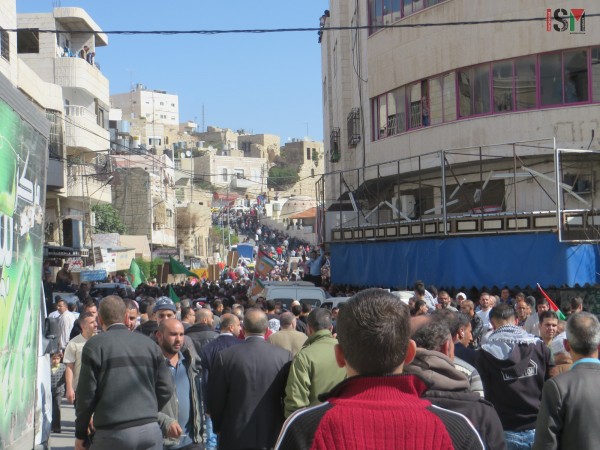 Funeral procession on their way to the cemetry

Tens of thousands of mourners gathered for the midday prayer at the Husseini mosque, where the bodies of the five teenagers arrived yesterday night, after Israeli forces withheld them from their families for weeks. After the prayer, mourners marched the bodies to the martyr’s cemetry in al-Khalil, where Palestinians are laid to their last rest after being killed by Israeli forces or settlers from the illegal Israeli settlements.

When the funeral procession passed close to Bab al-Zawwiyah, Israeli forces from a nearby checkpoint fired tear gas and stun grenades, unprovoked, at the mourners who were solemnly walking towards the cemetery. Once at the cemetery, mourners flooded in to say their last goodbyes. 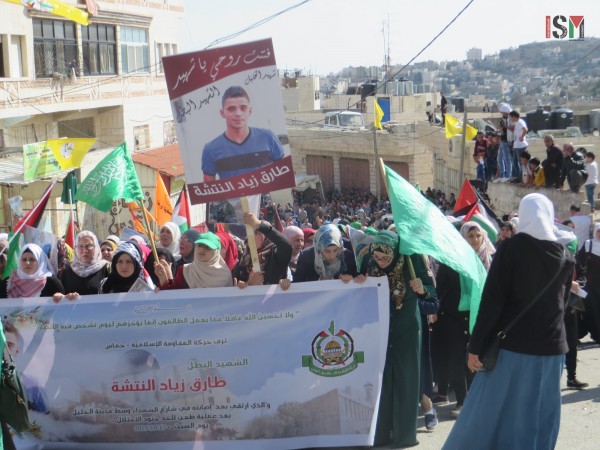 Mourners solemly walking to the cemetry

The five youth buried this day are Bayan al-Oseilly (16) and Tarek al-Natsheh (22) killed on October 18th; Bashar (15) and Hussam (17) al-Jabari murdered on October 20th; and Dania Arsheid (17) executed by Israeli forces on October 25th. All of them have been killed by Israeli forces or settlers under the pretext of knife-attacks in less than two weeks. Videos and eye-witness statements strongly refute these claims. 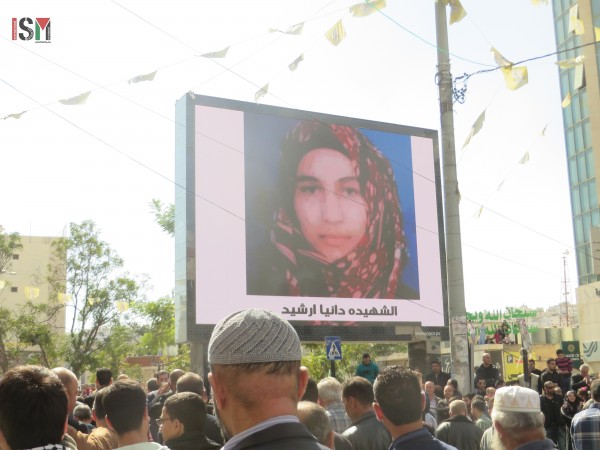 Electronic billboard with pictures of the killed teens.

The Israeli government according to a new law is keeping bodies of Palestinians they claim attempted to harm Israeli forces or settlers, withholding the last remains from their families thus depriving them of their right to mourn their deaths according to their own culture. The bodies returned today are only five of the total 19 Palestinian youth killed in the last two weeks since October 17th only in al-Khalil. A staggering number of Palestinians have been killed all over the occupied West Bank and the Gaza Strip. Keeping the bodies of these youths and young adults from their families deprives them of their right to bury their loved ones according to their religious rites and mourn them according to their culture.

After the funeral, a demonstration marched to Bab al-Zawwiyah protesting the continous murder of Palestinian youths by Israeli forces and the practice of denying the return of the bodies to the families. Family, friends and mourners walking back home from the funeral were forced to pass through areas tear-gassed by Israeli forces, leaving children, women and adults running away from the clouds of tear gas, clinging to alcohol-pads that were handed out in dozens by Red Crescent ambulances to prevent fainting from the highly toxic gas. 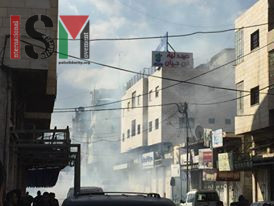 Israeli forces later showered demonstrators with hundreds of tear gas canisters, and attacked them with stun grenades, rubber-coated steel bullets and live ammunition. 23 persons were injured with live ammunition and had to be taken to hospital for treatment, 3 injured with rubber-coated-steel bullets had to be treated in hospital while dozens more were treated at the scene. One person was injured with a tear gas canister in the chest and had to be rushed to hospital. Dozens suffering from tear gas inhalation were also taken to hospital for treatment while many dozens more were treated at the scene by medics. 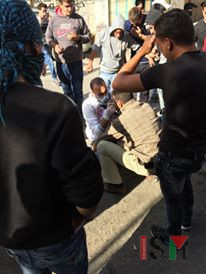 This comes just as Israeli forces declared two major Palestinian neighbourhoods a closed military zone after ‘registering‘ all the families living there, preventing anyone that is not considered a ‘resident’ by the Israeli forces from entering this area. This further impedes the already tightly-restricted daily lives of Palestinians, completely denying them any freedom of movement. Even passing a distance of only 200 meters to buy essential groceries in a shop now closed most of the time due to the tight restrictions, Palestinians are detained and body-searched at gunpoint twice – all while settlers going to the nearby illegal settlement are walking around the streets freely without being bothered by the Israeli forces at all. This is apartheid.