Another daughter of Palestine killed in cold blood

Yesterday afternoon, Dania Arsheid, 17, was gunned down in cold blood and killed by Israeli forces in occupied al-Khalil (Hebron).

Dania was still wearing her school-uniform and school-bag, coming from school in the afternoon. Just twenty minutes before the incident, at a checkpoint leading to the Ibrahimi mosque, a female soldier was heard on the army-radio by passers-by announcing that she wanted “to kill a Palestinian person that day’.
Dania passed through the checkpoint leading from the Palestinian market to the Ibrahimi mosque, and a few meters further to the next checkpoint. She passed through the metal detector and gave her bag to the soldiers at the checkpoint. An eyewitness explains: “I saw with my own eyes, there was no knife – nothing.” According to eye-witnesses, soldiers then shot at her feet – at which point she immediately stepped back and raised her hands. That is when soldiers started shot her, according to witnesses, seven to eight times. While she lay on the ground bleeding from her neck, no first aid was given, not even the Israeli ambulance that arrived after about twenty minutes gave any medical help. A Palestinian Red Crescent ambulance was denied entry to the scene and ordered by soldiers to leave. 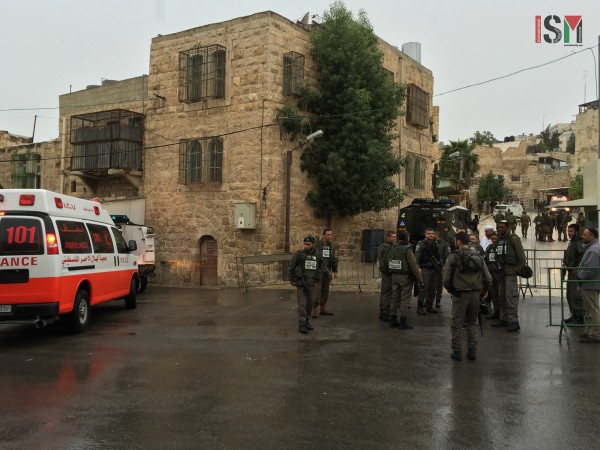 While the Israeli army claims that Dania had a knife and was thus a threat to the Israeli soldiers at the checkpoint, all eye-witness accounts refute this. Regardless of that claim, shooting a child numerous times into the upper body and neck, while she is moving back with her hands in the air, clearly scared and not a threat, will never be justifiable under any circumstances. Denying first aid and access of medical personnel to critically injured persons can not be excused.

Sadly, episodes where Palestinian youth are extra-judicially executed by Israeli forces and then denied medical aid are not an exception anymore. Dania is already the third girl killed by Israeli soldiers in al-Khalil within a month. It is hard to imagine the pain of the parents and the family of these victims learning about the pointless, tragic death of their loved ones. A witness to already more than one of the heinous murders states: “What can we do? They are not human!”