Today in Kafr Qaddum, a village close to Nablus, Israeli forces injured almost 100 people.
Israeli forces attacked the village at around 11 am and invaded a family home. Upon breaking into the house Israeli forces attacked the whole family with pepper-spray. The 2 year old Bisan, 6 year old Moemen, 8 year old Nour and a 55-year old woman were all pepper-sprayed. The Israeli Forces then prevented any medical aid from assisting the family after this aggression.
Three people were injured with live ammunition by Israeli forces, a 13-year old boy and a 46-year old man in the leg and another man was ambushed and shot with live ammunition by Israeli forces while he was in his brothers house. They are being treated in a hospital in Nablus. 75 people had to be treated for exhessive tear gas inhalation. 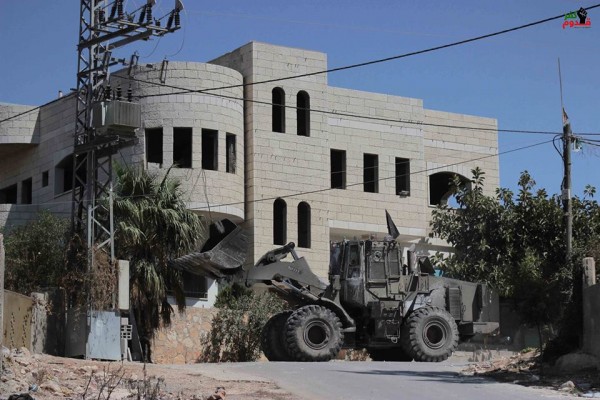 Israeli bulldozer at the demonstration 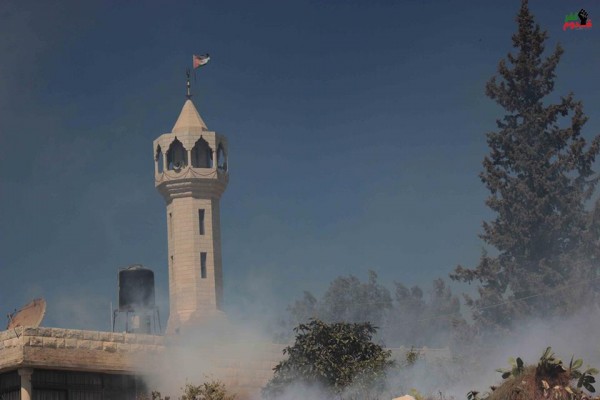 An 8-year old girl was shot in the head with a sponge bullet by Israeli forces, and a 55-year old man with a sponge bullet in the arm.
The Israeli army also sprayed family homes with foul-smelling skunk water, inflicting collective punishment on the whole village. Weekly Friday demonstrations in Kafr Qaddum protest against the closure of the main road leading to the city of Nablus because of the illegal settlement of Qedumim. This weeks demonstration was also in protest of Israeli aggressions against and inside al-Aqsa mosque in Jerusalem. 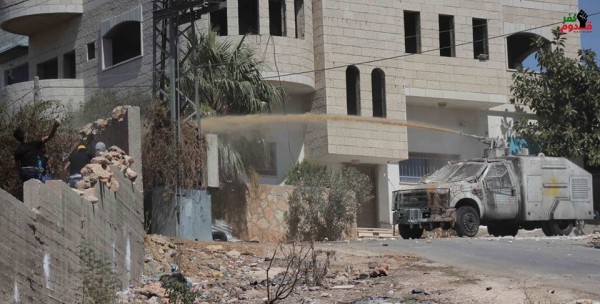 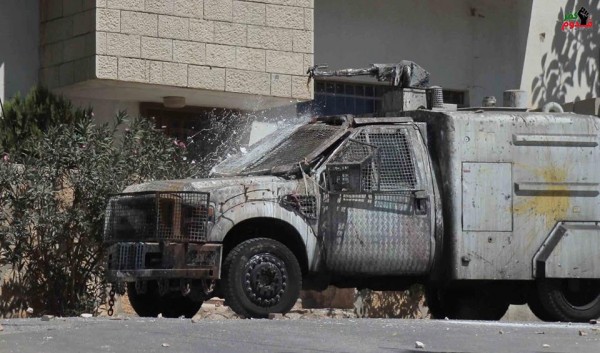 Skunk water truck at the demonstration