New
Home / Features / Double standards, one rule for all – except Palestinians

Double standards, one rule for all – except Palestinians

On the 28th of August, Mahmoud Tamimi was arrested in Nabi Saleh during the weekly non violent demonstration. Every Friday, just after the prayer, the residents demonstrate against the expansion of the illegal settlement of Halamish which has continuously confiscated Palestinian land as well as the only water source of the village: ‘Ain al-Qaws.

During the Friday march towards the expropriated lands the residents were stopped by Israeli forces using excessive brutality, shooting tear gas, rubber coated steel bullets, live ammunition and sound grenades against civilians. Additionally, demonstrators are often arrested and beaten up.

On the 28th of August, in the course of the demonstration I, as a foreigner, was arrested by Israeli forces together with the 19-year old Palestinian Mahmoud Tamimi.

Both of us have been brutally beaten by the soldiers with punches, kicks and the butts of their guns. Both of us were arrested and secluded for 6 hours, kept blindfolded and handcuffed in a small room in a military base.

Afterwards, we were taken to the police station based in the illegal settlement of Ben Yamin and, at that point, our paths were divided: he was brought to the military prison of Ofer and I was brought to “Ramle” near Tel Aviv.

Within a few days, my predicament was positively solved: I was acquitted from the charges of throwing stones and other objects, and returned to be a free citizen. Regarding Mahmoud, although the charges were exactly the same, because he’s Palestinian, the situation is completely different: in fact Mahmoud is still under arrest in Ofer military prison and is waiting to attend his first hearing, to be held on the 28th of October, that is 60 days after his arrest. In my case, the first hearing took place the day after my arrest. 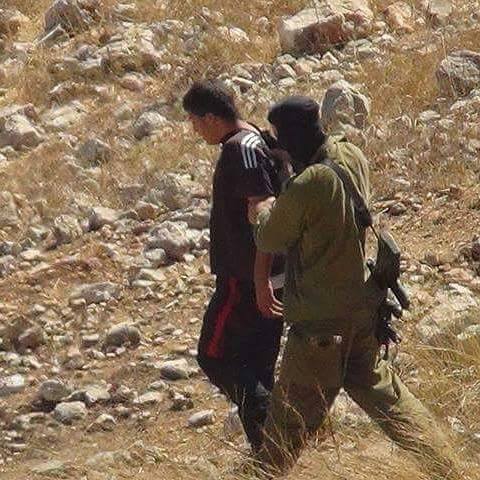 Mahmoud is now under threat of a penalty of a minimum of 7 months which, under the practice of military law and consequently administrative detention used on the Palestinians of the West Bank, this sentence can be arbitrarily renewed for additional 6 month periods of imprisonment.

The absolute asymmetry of treatment endured by me and Mahmoud is a blatant demonstration of the discriminatory laws applied by Israel for over 40 years towards the Palestinians. According to the International law, the application of military laws in occupied territories is completely illegitimate. 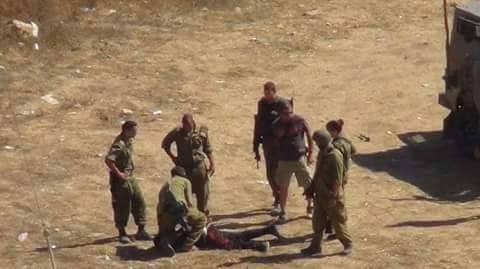 Even if the evidence does not indicate his guilt, just the fact that he’s in a military court with both the prosecutor and the judge from the military, will most likely result in a guilty verdict. The procedures in military court are not about establishing the truth, the possibility of establishing a defense is extremely slim, justice simply isn’t done in a military court. It’s about punishment, punishment to weaken the Palestinian resistance to an illegal occupation, even if this resistance is non-violent. 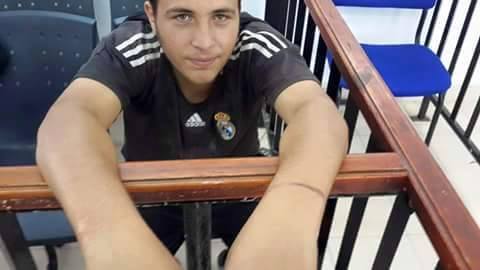 Within this system, it must be said, settlers from illegal settlements in the West Bank are judged in front of civilian courts, not military courts – just because they have a different status: they are not Palestinians.

In my case, hard evidence would be required to bring charges against me, for Mahmoud in contrast, as a Palestinian, no evidence is required at all. All the trial is only based on the statement of 18-year old soldiers.

Of course, when an international is unjustly beaten and arrested the media reacts with utter disapproval attracting the medias’ attention and causing the civil society’s indignation. When it’s a Palestinian receiving the exact same treatment, however, the reaction is quite different. Mahmoud‘s case seems to be totally forgotten. Currently he is still rotting in a prison cell in Ofer military prison, while being entirely ignored by the media and the international community.

Mahmoud Tamimi is only 19 years old, he has 2 brothers and a sister. His uncle is Rushdie Tamimi, one of Nabi Saleh’s martyrs killed by the Israeli forces 3 years ago on the 19th of November. He died following an intense shooting during which he was inured in the thigh and the stomach. Rushdie is already the second martyr in a village which counts only 500 inhabitants. Considering the dimension of the village, they are indeed suffering from significant losses. However, we must keep in mind that in the Occupied Palestinian Territories the violence and the killings are daily and are perceived by the so called civilized world as casualties of a 60 year old conflict. 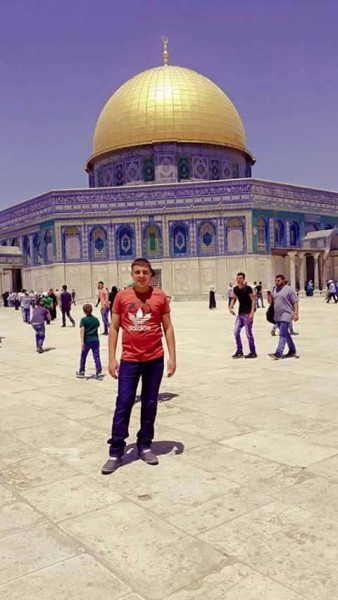 Let’s take a stand and spread Mahmoud’s story, let’s not forget him. We should show the world that the treatment a Palestinian youth receives – and thus the live of a Palestinian – is not less worth reporting about in the media and has to receive as much attention and result in an outcry as that of an Italian citizen. Let this not be about the rare case of an international being maltreated by Israeli forces, but about the every-day harassment, violence, illegal detentions and arrests of Palestinians.