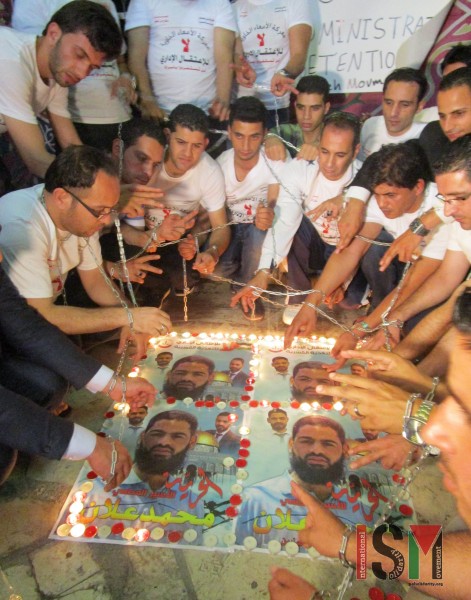 Whereas the immediate motivation for the strike is the grave situation of Mohammed Allan, it is also a protest against the illegal practice of administrative detention. Administrative detention allows Israel to detain almost exclusively Palestinians without charge or trial for a maximum of six months which can be renewed indefinitely. The alleged high security risk of the concerned prisoner to the Israeli settler-colonial state is emphasized to legitimize the application of administrative detention. This practice “is the most extreme measure that international humanitarian law allows an occupying power to use against residents of occupied territory” as the prisoner support and human rights association Addameer puts it. Under international law administrative detention should only be used “against protected persons in occupied territory for ‘imperative reasons of security’ (Fourth Geneva Convention, Art. 78)”. However, Israel applies this procedure frequently ever since the Nakba of ‘48 which resulted in the construction of the Israeli state. Administrative detention leaves the prisoners and their families and friends in a prolonged state of uncertainty and isolation. “We do not feel respected as human beings because of this treatment”, expresses former administrative detainee Badran Jaber. “We live lonely in front of the occupying power”.

One day after the solidarity hunger strike was started by the Palestinian lawyers, the news is received that Israel’s High Court suspends the detention of Mohammed Allan. His health severely deteriorated which led him to be hospitalised in Barzilai Medical Centre in Ashkelon, southern Israel on Friday the 14th of August. After a medical examination it was found that Mohammed Allan now suffers from brain damage. Given his current medical condition, he does not pose a security threat any more and thus administrative detention is not legitimized according to the court’s ruling. However, it is unclear whether the brain damage is permanent and, should his medical condition improve, whether administrative detention will be re-applied. 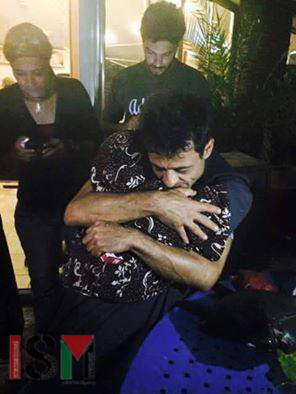 The news of Mohammed Allan’s release has been met with enthusiasm, relief and a sense of victory by supporters within occupied Palestine and beyond. However, critics also point out that the attainment of freedom through the application of extreme damage to oneself can hardly be called justice. Furthermore, the interest in Mohammed Allan’s struggle should not deviate attention from the 180 Palestinian prisoners who are on hunger strike since the 11th of August 2015. Therefore, because of the uncertainty of a potential re-application of administrative detention should Mohammed Allan’s health improve, the continuing struggle of Palestinians inside Israeli prisons and the ongoing illegal occupation of Palestine, the road to justice is still a long way ahead.

ISM spoke with lawyers, supporters and a former administrative detainee in Hebron. Watch the video below.