Maher Shitat, 13 years old, was shot in the leg on Friday night by the occupation forces.

Hi’s father sent him to bring his brother from a relative’s home and on the way there the soldiers shot him without previous advice. He was shot in El Zeraa area, in Beit Hanoun, at 8pm. He was walking at 500m from the fence when he was shot, on a frequently used road.

He was first taken to Beit Hanoun Hospital, where due to the lack of medical equipment the doctors where unable to treat him. After that he was transferred to Kamal Adwan Hospital, where the doctors decided not to remove the bullet, as they said it’s located very near to a vein, and removing it would most probably end up with his leg amputated. 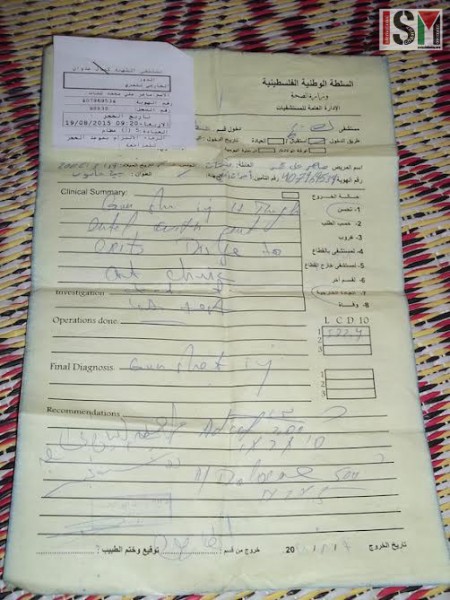 Now they are trying to stabilize his condition. After a while they hope he will be able to walk again, and after 15 years, when his leg and veins are stronger, they’ll try to remove the bullet.

For the moment Maher is not allowed to walk, so he spends his days lying on a mattress.

His mother explains: “he is very afraid… he doesn’t want to speak and today spent more than 30 minutes just shaking.” 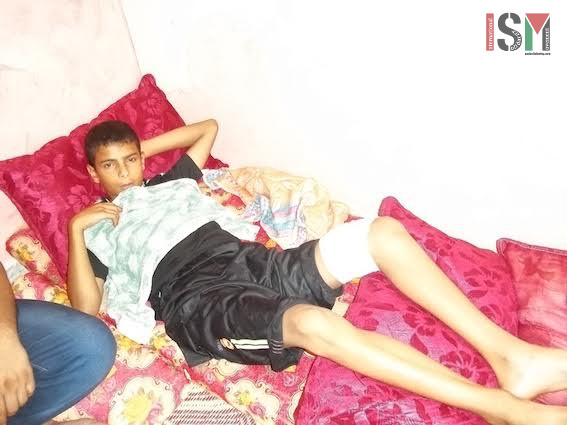 Maher on the matress in is his home.

But as his family says, that’s not just because of this attack. During the last aggression his home was bombed, his cousin was killed and his father was injured in the leg. 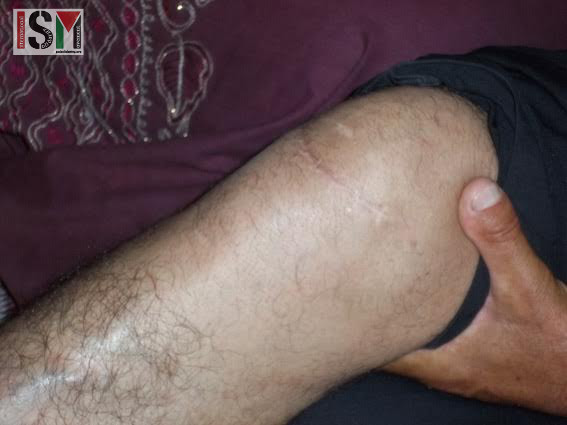 They were not at home when it was bombed, they were already at the UNRWA shelter/school, but they were at home when the one next to theirs was bombed. Since that day Maher’s family says that his personality has changed. They think he has a trauma. In his short life Maher has already suffered 3 massive Zionist aggressions against the Gaza Strip.

Her mother explains that since the last massacre, and until now, he can’t go alone to the bathroom, as he is afraid the zionist soldiers will be inside.

She also explains how Maher and his brothers ask her all the time why the Israelis want to kill them, and that they keep crying because they don’t want to die.

The psychological effect of those aggressions are obvious on Maher, as on most of Gaza’s children, before the last massacre he had always been one of the first in his class, but this year he had very bad results in his exams and will have to repeat the course.