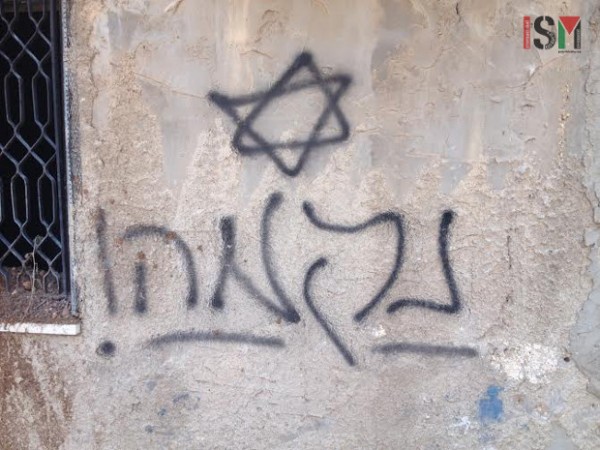 Hebrew graffiti that was spray painted on the family home. It reads “revenge.”

At 2:30 in the morning, on Friday July 31st, a group of settlers came into the village of Duma to set fire to a family’s home with molotov cocktails while the family was sleeping.

According to the village’s mayor, Abu Alam, the villagers woke up suddenly in the middle of the night by the screams of their neighbors. In 15 minutes, the whole house was set on fire with the family inside. Within 3 minutes, both parents and 4 year old, Ahmad, managed to escape running out the street while they were burning in flames. 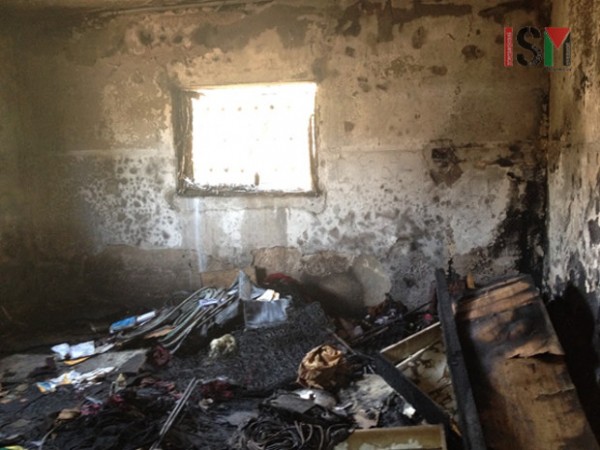 One of the rooms in the house, completely destroyed by the fire.

The mother’s first reaction was to rush after her 1 and a half year old baby, Ali Dawabsheh, grab him wrapped between his blankets and run out the house with him in her arms. But to her great shock, in the panic and confusion of this terrible act of violence, only once she was out the house she realized that Ali was not her arms.

The neighbors of the village quickly reacted by trying to turn off the flames with hoses and any means possible and ran into the house to try to rescue the baby, but the flames had gone out of control and their child could not be saved. 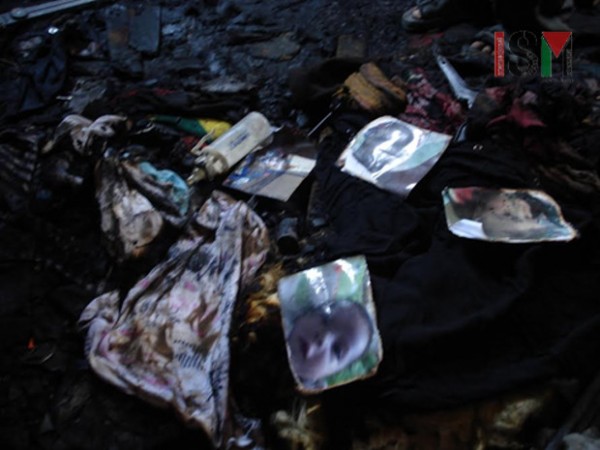 In the room of baby Ali, with photos of him.

Both parents and their son Ahmad were immediately taken in a villager’s car to the Hospital of Rafidia in the city of Nablus, while the fire truck arrived from the village of Burin 40 minutes later, as well as an ambulance from the village of Akraba. When the firefighters finally entered the house they found the baby had died burned in his cradle. 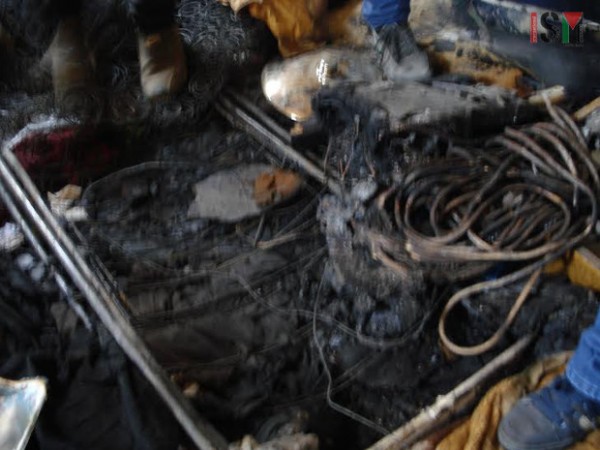 What used to be the crib of baby Ali, now completely destroyed.

Because of this the mayor is now discussing with the Palestinian Prime Minister, Rami Hamdallah, the need to create a fire station in Duma since the nearest fire station is in the village of Burin, 40 km away.
Duma is a village surrounded by illegal settlements with a very violent history. Abu Alam explained to ISM that there is a well-known group of terrorists coming from settlements who in many occasions have attacked farmers and shepherds. Furthermore they have attacked the village, burned cars, cut down numerous olive trees and have been writing graffiti in Hebrew. He has no doubt that they are behind last night’s arson attack.

This is not a one-time attack on the village and the Palestinians but a recurring result of the settlers’ violence and harassing against the village. It is a continuous attempt from the terrorist settlers to create fear and insecurity among the villagers as well as throughout the whole Palestine. Being attacked in your own house sends the message to the Palestinian villagers, that there is nowhere they can be safe. 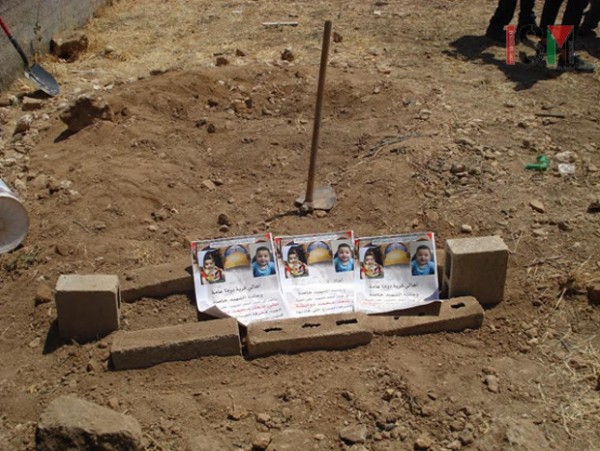 The grave of baby Ali Dawabsheh.

It is important to note that whenever Palestinians go to the Israeli authorities to complain on these abuses, the authority gives no answers. This given the fact that all the settlements and surrounding roads are filled with surveillance cameras, which means Israeli authorities are fully aware of all these incidents of violence. Nevertheless, these authorities never prevent nor give a response to these attacks. 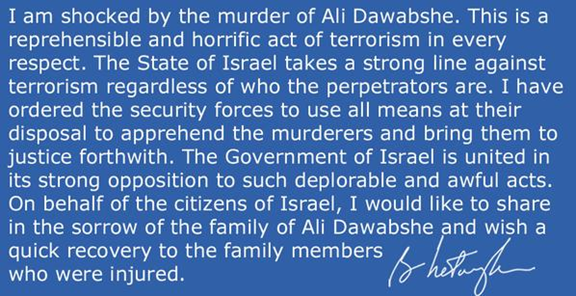 Benjamin Netanyahu’s press release, in which he expresses his sympathies with the attacked family, sounds extremely hollow and hypocritical when the Israeli government openly supports the continuous expansion of illegal settlements. It is created in an attempt to make the attack seem like a one-time incident, when in reality it is a result of the continuous occupation of Palestine.