Attacks on fishermen continue in Gaza

During the last weeks, the Israeli military has been shooting at the fishermen of Gaza almost daily with rubber coated steel-bullets and live ammunition. They also kidnapped 15 fishermen. Three of the injured and seven of the kidnapped belong to the Baker family, who are also the family of the 4 boys who were murdered by the Israeli military while they were playing football on the beach during the last massacre in Gaza. Yesterday, in Deir el Balah, the army stole 37 fishing nets and today the shooting went on all along the Strip.

ISM met some of the recently released fishermen from Baker family. 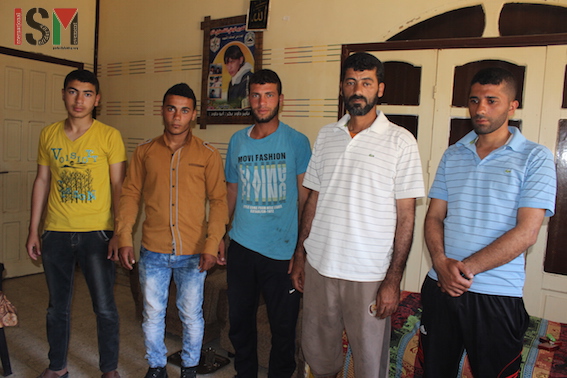 One of members of the family is Ziad Fahed Baker, 21 years old. Three weeks ago, he left the port on his small boat along with four other fishermen. As they were fishing at less than three miles away, the Israeli navy approached and ordered them to leave without taking the nets with them. They answered that they would leave but not without the nets. Ziad knew that abandoning the nets would leave his family without any income, so they ignored the soldiers and started collecting them. At this point the soldiers shot Ziad in the leg, and the 5 fishermen decided to flee to the port. Unfortunately the Israeli gunboat followed them and when they were just a mile and a half from the shore shot the engine of Ziad’s boat. With the boat stopped they ordered Ziad and the other four fishermen, two of whom were also injured, to swim towards their ship. Once in the gunboat they were blindfolded and handcuffed to a metal bar, “What are they afraid of? That we would leave flying?” 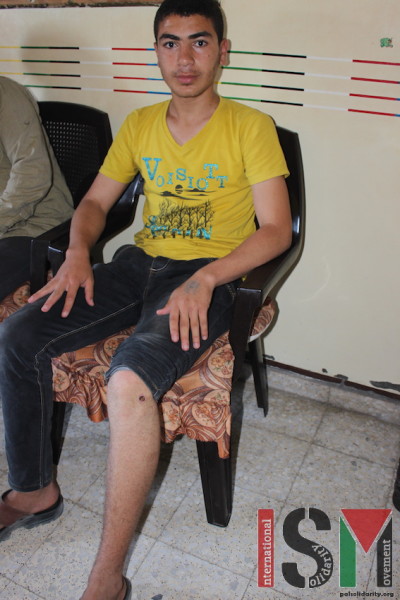 They were then taken to Ashdod, where Israeli forces subjected them to the usual routine of insults and humiliations before sending them back to Gaza.

They also explain how the Israeli military bombs the waters where they are working in order to scare away the fish and how the blockade prevents the entrance of all the tools needed for their activity, engines, fibber glass, hooks… 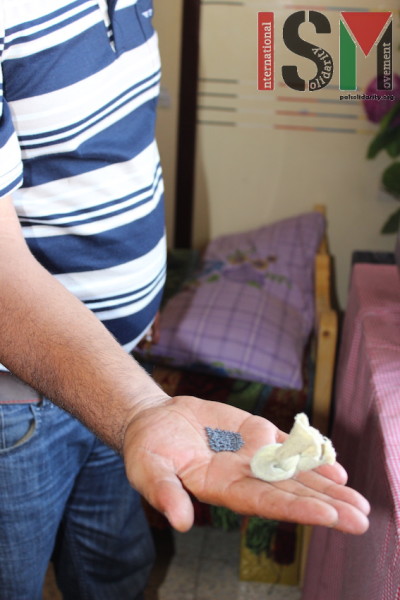 From the 1500 boats that laboured in the past, just 150 are still working today. This year the income of the fishing sector has decreased an 80% regarding the past year.

Ziad’s cousin, Mohamed Zied Baker, 30 years old, was also attacked last week while labouring in Sudania, north of Gaza. They ordered him to stop, shot him with rubber-coated steel bullets, kidnapped him and once in the Israeli boat they handcuffed him and stepped on his head with their boots.

Ziad, Mohamed, Fahed, Walid and Emad – this one, just 16 years old, also got shot with live ammunition and kidnapped – have similar stories to tell.

“They are now targeting the youngest fishermen, almost children”. “They want to scare us, but they can’t, we are Palestinians”.

Story and photos by Valeria Cortés