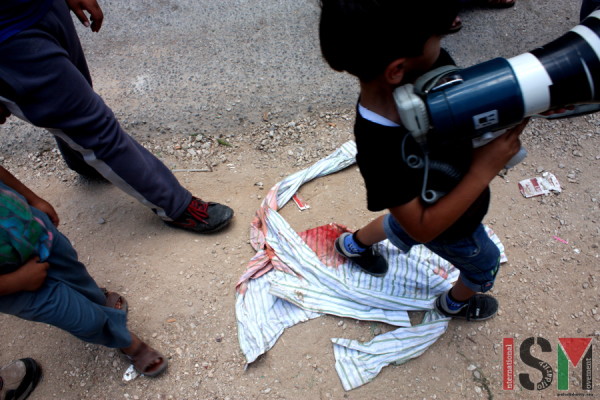 Blood stained shirt in the streets of Kafr Qaddum

The 35 year old underwent surgery to remove part of his intestines that had been damaged by the bullet. Following the operation the man’s condition stabilized. The man was not participating in the protest, he was shot while in his home standing next to the window. His injury highlights the collective punishment of the entire village for their efforts to resist the restriction of their right to freedom of movement. The local villagers said that the Israeli forces’ new tactic of extreme violence was an attempt to scare the residents into ending their weekly demonstration. 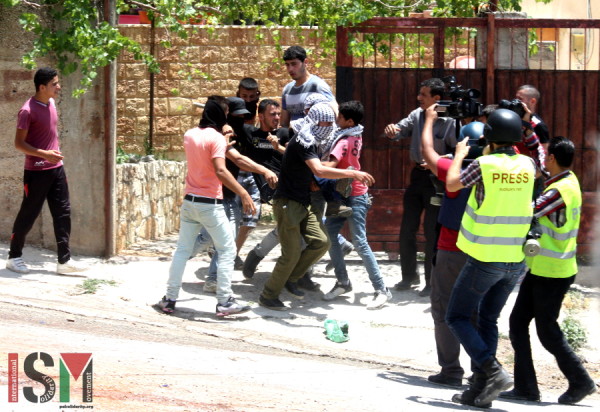 After the occupation forces invaded the village they used the ‘Skunk truck’ to spray protesters and homes with foul smelling liquid. Palestinian youth began to throw stones and reflect sunlight into the eyes of the military and police by using mirrors. These actions were met with immediate use of live ammunition. 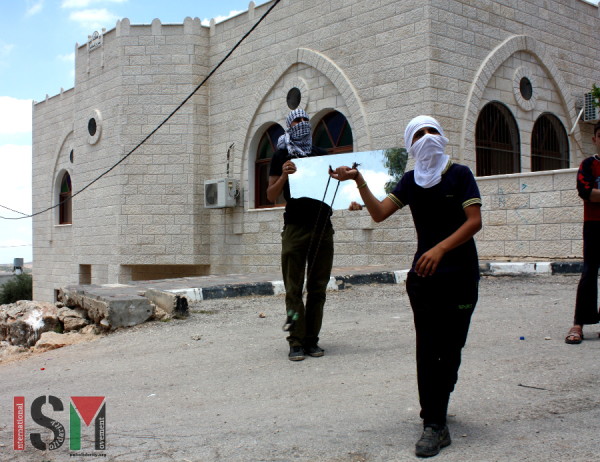 Israeli police snipers targeted anyone who passed within range and which resulted in the previously mentioned injuries. The two men that were shot in the arm and leg are both still in hospital and awaiting surgery after the bullets penetrated the bone and inflicted serious damage. Two other villagers were taken away by ambulance after suffering severe tear gas inhalation. However, many of the injured protesters were forced to travel in civilian cars to the hospital because of a lack of ambulances at hand to deal with the quick succession of injuries. 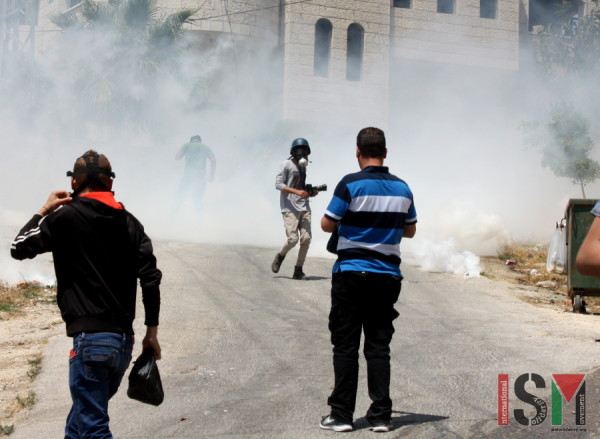 The locals of Kafr Qaddum said that it was the first time in years that the Israeli forces had so aggressively invaded the village before the Friday demonstration had begun. In 2011 the village had had a similar response when they had organised the first demonstrations in protest against the closure of the main road connecting Kafr Qaddum with the neighboring villages and the city of Nablus. The road had been blocked because it ran through the illegal Israeli settlement named Qedumim. 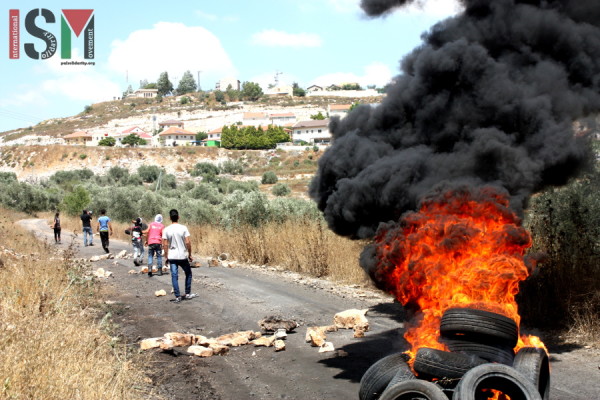 Rubber tires set alight on the road leading to Qedumim

The village has seen an increase in such restrictions over the last few months. On the morning of 12th June the main entrance was blocked off by military jeeps and Israeli soldiers, who were denying people access into Kafr Qaddum, claiming it was a closed military zone. Locals stated that this was a daily occurrence in recent weeks. And that not only have the occupation forces been blocking the entrance but that they have been raiding the village in the early morning. 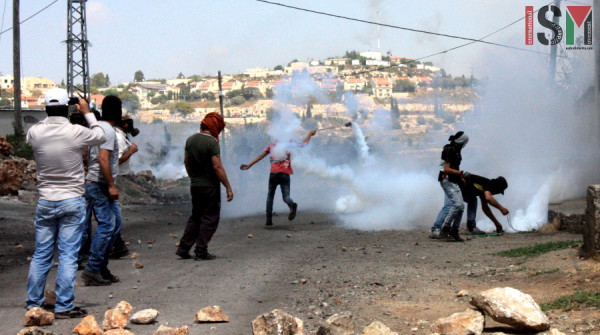 Kafr Qaddum’s residents are undeterred by the excessive violence they face on a daily basis. Following the harsh suppression of the demonstration on Friday, local villagers declared they will hold another demonstration on Saturday 13th June in protest against the regular early morning military incursions into their village. 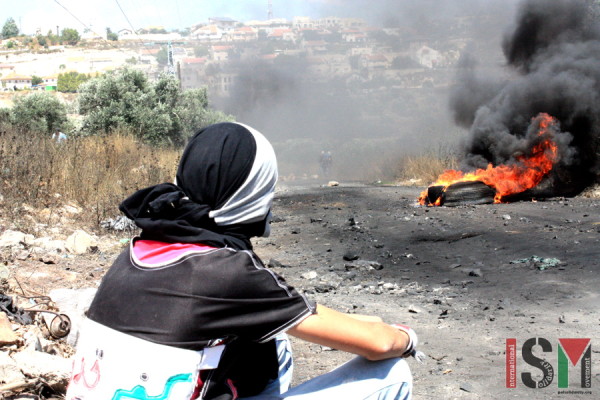