Today’s demonstration in Kafr Qaddum was met with live ammunition, rubber coated steal bullets, teargas and stun grenades. There was a large presence of Palestinian and international protestors. The Israeli forces shot two young men in the leg. UN observers were present.

Before prayer ended, usually marking the start of the demonstration, Israeli forces fired lived ammunition from .22 riffles at the people who had started to gather in Kafr Qaddum.

As the march started advancing up through the village, a group of Italian women joined in and were chanting songs of liberation with the crowd. Coordinated with the locals, they went to the front of the march with their fingers in the air, symbolically signing peace. Together, they stopped only metres away from the border police and military asking for the opening of the road and the freedom of the Palestinians. 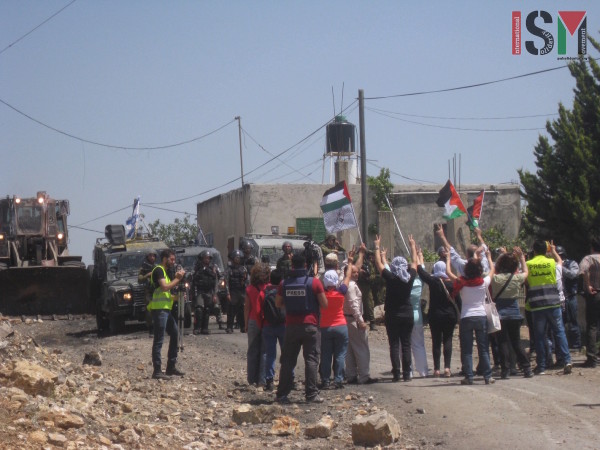 The Israeli forces responded with stun grenades and teargas, forcing the crowd to retreat further into the village. The army went on by shooting two young men with live ammunition. The first bullet entered and exited Eanad’s leg, aged 20, while the second one stayed put inside Issam’s leg, age 22. They were both rushed to Rafidia hospital in Nablus. 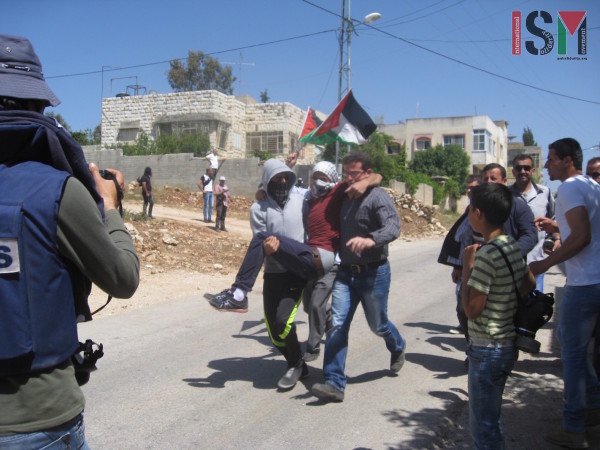 Issam rushed to the hospital after being shot in the leg

An ISMer on the spot describes, “While Issam was being rushed to a car, teargas was fired over them. Ceasefire during injuries doesn’t seem to be a concern for the Israeli forces. ”

Recently, demonstrators and ISMers have witnessed an escalation of violence in Kafr Qaddum. The amount of live ammunitions shot by the Israeli forces has heavily been on the rise. Today, however, protestors were mostly met with stun grenades and rubber coated steal bullet. Local activist, Murad Shtaiwi, explained, “the UN’s rare presence today meant that the Israeli soldiers were acting quite politely”. When members of the United Nations arrive at demonstrations, they inform the Israelis in advance of their coming. This inevitably leads to a calmer day, relatively speaking. 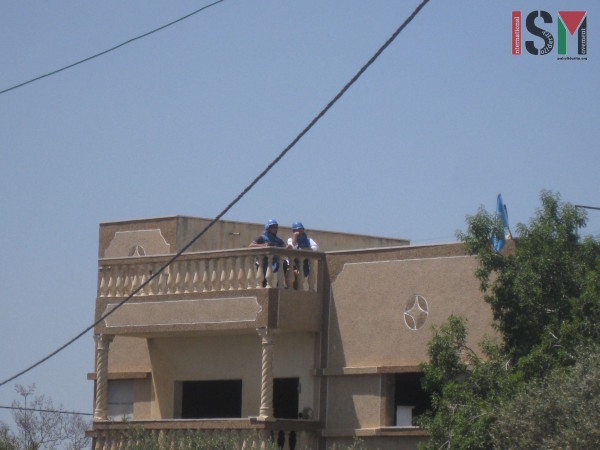 Two UN members observing the demonstration from a roof.

After the military retreated, a pile of tires was burnt, sending black smoke into the direction of Kedumin, a neighbouring settlement built in 1975. Due to this settlement, the road leading to Nablus has been closed off to the Palestinians since 2003. This has largely increased traveling time and costs for the locals. 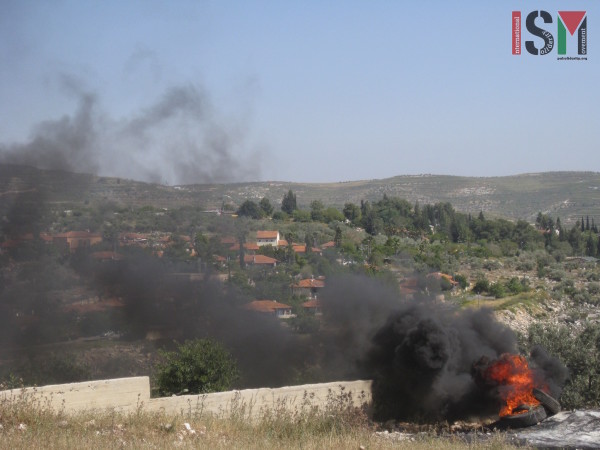 The fire’s smoke heading towards the illegal settlement