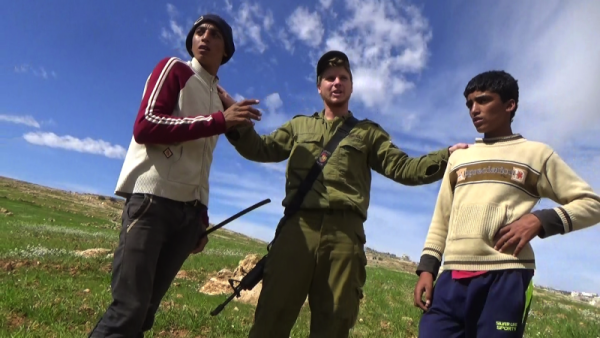 At about 10:40 a.m. four Palestinian shepherds were grazing their flocks on Khelly valley, in the South Hebron Hills area village of At-Tuwani, when the security chief of the Ma’on settlement arrived and called the Israeli army to prevent the shepherds from using land that is the object of settlement expansion. At 10:55 a.m. an Israeli Army jeep arrived in Khelly area and the soldiers started to run after the shepherds. 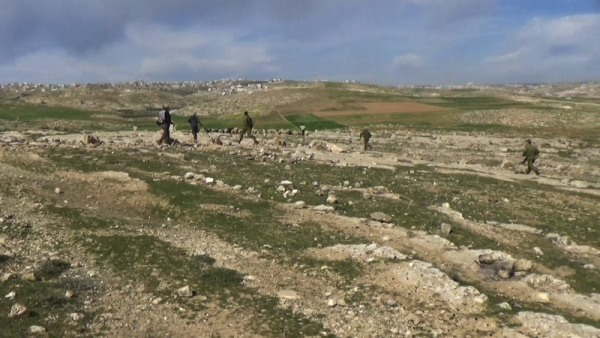 The shepherds, who are all young boys, were scared and began to run away. The soldiers caught one Palestinian shepherd and immobilized him on the ground. 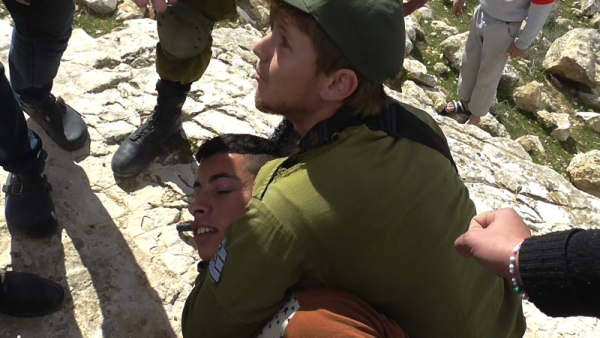 The soldiers grabbed a young shepherd in a chokehold, dragging him to the ground – Photo by Operation Dove

Meanwhile Palestinians from At-Tuwani reached the soldiers and, by a nonviolent popular action, freed the shepherds. The soldiers then drove after three of the shepherds as they moved their sheep back to their village. One shepherd was able to run away while the others two were prevented from leaving by the soldiers. At around 11:30 a.m. the soldiers put them inside the army jeep and drove away. At about 8 p.m. the Palestinians were released. 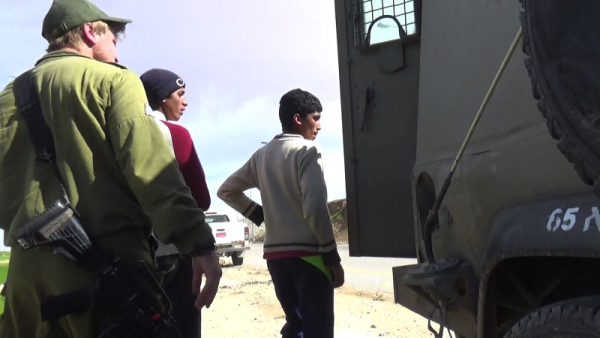 This is the fifth time since the beginning of this year that Palestinian shepherds have been harassed in the Khelly area. The Israeli administration declared Khelly valley a “closed military area” in September 2013, and it is the site of frequent threats and violence by Israeli settlers and Israeli armed forces. This valley is Palestinian property where the Palestinians continue to resist with their daily work, despite of all the restrictions.