ISM activist shot in the head with rubber-coated steel bullet

Today during a protest at Qalandia checkpoint, an Italian ISM volunteer was shot in the head with a rubber-coated steel bullet.

The injury is just two centimetres above her left eye. 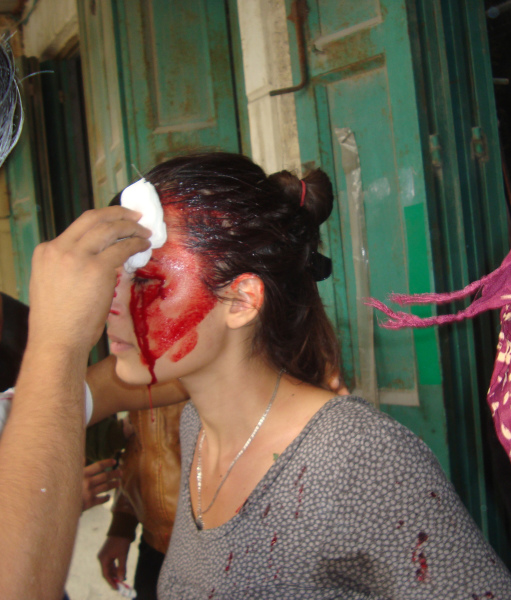 Giulia, the ISMer, stated, “I was just standing on the side of a street, and the military was firing tear gas at the protesters. I was photographing the army when I felt the bullets strike me, one in the head, and another in my leg, and then all I could see was blood.” 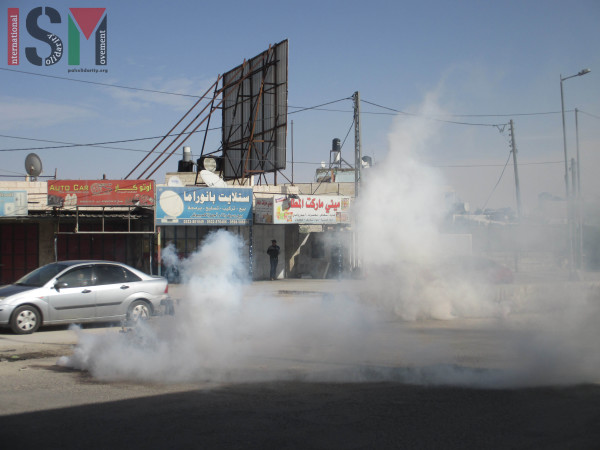 At least one other Palestinian teen was hospitalized after being shot with a rubber-coated steel bullet.

Giulia was immediately transferred to Ramallah Hospital for medical treatment, requiring stitches for her injury.

The protest was called today to commemorate the 97th anniversary of the Balfour Declaration.