We went back to Beit Hanoun almost two weeks after the Israeli military held us captive in the hospital and shelled it for 13 hours.

It was the second day of the 72 hours ceasefire, and there was far more traffic on the roads and streets than there had been during the last four weeks, and there were far more people visible. Rina Andolini, a British volunteer, and I made out way to the now closed hospital and were immediately recognized by some men outside the gates. Men who when I last saw them was completely exhausted and dressed in their green hospital fatigues.

I gently asked if there was any chance for us to enter to view the devastation again and a key was immediately in one man’s hand, the thick chain was removed, and the door was opened for us.

Everything looked the same since the morning when we finally were able to leave, nothing seemed to have been removed. The glass was still spread out over beds and floors, the grout likewise. However the corridor where we spent the long night now felt desolate. The faces of all the women with their eyes closed were no longer there, the kids on the mattress in front of my feet were gone. Just dirt residue.

Upstairs, however, someone had taken the mattress that was on the bed under the smiling elephant on the wall, a cat was meowing among fallen plaster and shattered glass. But the gaping hole in the wall was still there, and standing in its opening I measured with my eyes the distance from where the tank must have fired the grenade. 30 meters. Not much more. 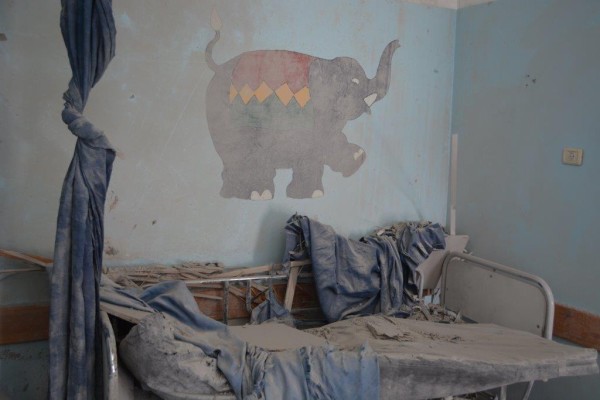 Right next to the hospital, with just a children’s playground in between, is a cemetery. It was clear that it had been under heavy fire. Remains of projectiles scattered and war dust covered the few gravestones that were still in one piece. In the far end some men were digging. I took a shovel and helped them to uncover the stones two feet under the ground, helping them to lift them up. Another body will be laid there. Close to two thousand bodies have been, and still will be, laid to rest in the ground. 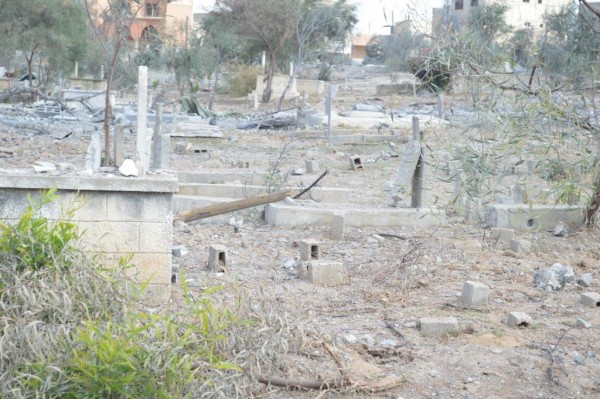 We did not attend the funeral, we went instead into an adjacent mosque. The large chandelier was in the middle of the floor amongst the dirt, dust and, as everywhere else, shattered glass. We went straight through the mosque, there was no need for a door, and met a couple carrying their baby daughter over the ruins of what had once been homes. They invited us into their house, that on the inside looked remarkably intact, but there were no electricity, water or working sanitation. We were served tea by people who barely have anything; they themselves drank nothing and said almost nothing. What was there to be said, that cannot be seen?

Some young men searched through the ruins of what had once been their home. I climbed up and picked up some drinking glasses that miraculously were not broken. There was not much else that could be saved. 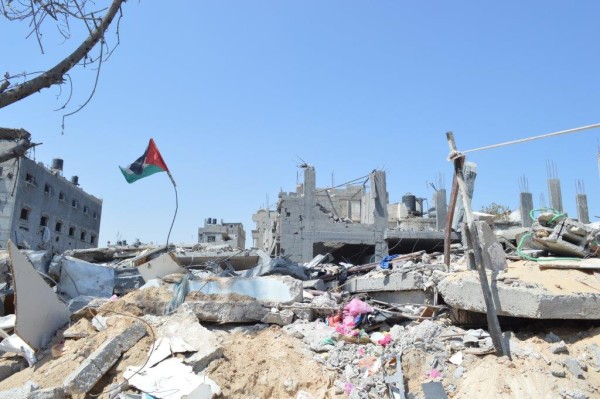 Another family stayed not far from there, with a flatbed truck with belongings. They patted me on the shoulder when I carried belongings for them, into an apartment that still needed be cleaned from all the dirt and debris that lay scattered around. But there was no time for it, they could not stay longer where they were. I was given some water, and they asked me to tell what I had seen when I return back home. 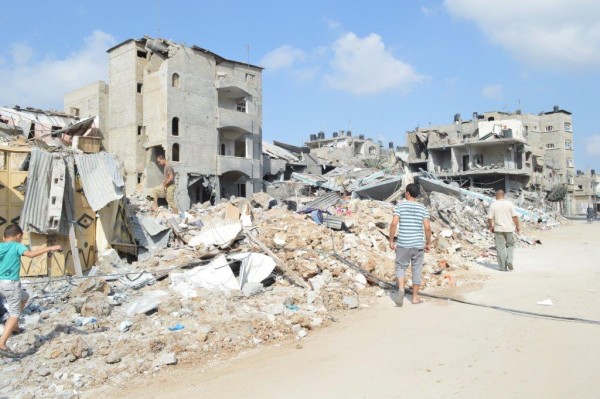 But there are no words that can describe all the destruction these people are forced to return to, it must be experienced. And there are no words that can describe the vulnerability and exclusion from the world society these people live in. But perhaps more people will not have to experience this devastation before we understand that depriving people of their human rights cannot contribute to securing the safety of others. And to deny other people their dignity is not worthy of free and enlightened people.