The military assaults on the Palestinians have been going on for over a month, and even if the war should end while I’m writing, the exhausting consequences of it will continue for some time. Concern for your own life, for your family members and friends, and that the house where you are in will be attacked and fall down, is easy to understand even when you watch the news hundreds of miles from the violent epicenter. But the consequences are so many more. 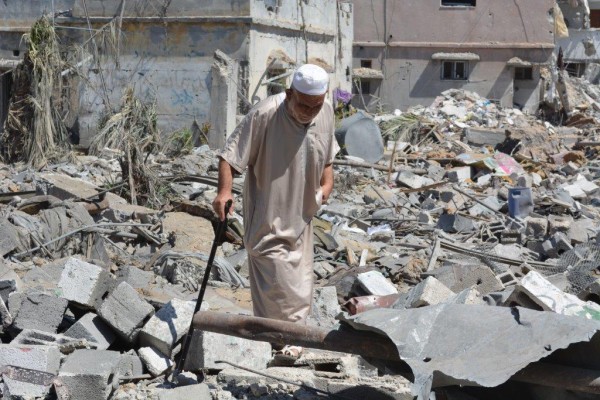 There is the feeling that the sky is pressing you against the ground and the noise of the angry buzzing of all drones overhead. How do you describe that to somebody at a safe distance?

There is almost no access to electricity now that Gaza’s only power plant was bombed. But electricity is so much more than the switch on the wall. It means that the clothes have to be washed by hand, scrubbing, wringing. There is no sorting of white and color or setting the degree; all items go into the same bucket. If warmer water is wanted it is heated on the gas stove.

There is still food available in shops and on street markets, but without power the refrigerators and freezers do not work, and in 30-degree heat the food soon goes bad. It has been a long time since I went to the butcher now. And prices have started to rise, not fast, but little by little. Add to this that the banks are closed, and factories, workshops and other workplaces have been bombed, leaving employees with no income. For all those who had to flee their homes without the ability to bring anything, and those that already literally stood penniless, life is even more difficult.

Before the war, water came, though salty and unfit for drinking, when I turned the tap. That is no longer a given. After I had to rush to the bathroom and realized afterwards that I couldn’t flush, I place an extra bucket of water on the side. But I’m lucky – hundreds of thousands of people are cut off from the water supply. This presents problems even with the washing bucket, and it is difficult for people to keep themselves and their children clean. 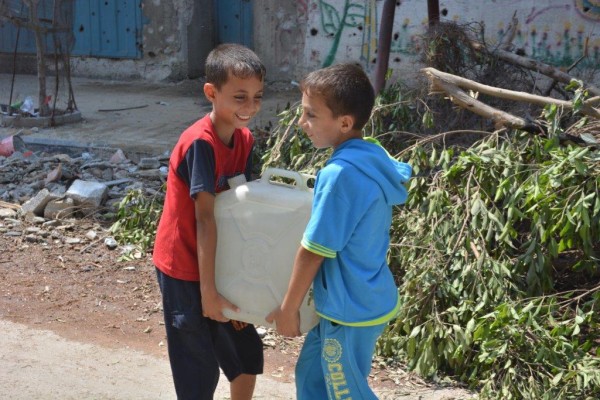 Our great dependence on water is understood only when there is nothing, and outside the small stores where stainless steel water tanks are formed and people sometimes queue to buy filtered groundwater – if there is anything in the tanks. Even the more expensive bottled water runs out sometimes in the stores, though hardly anyone would use it to take a shower in it, let alone flush the toilet with.

That brings us to the sewage system that does not work in many places since the pipes and pumping stations have been destroyed. In some places small streams of untreated sewage are flowing through buildings, across roads, and down towards the sea. And in 30-degree heat, where food cannot be kept chilled and with inadequate access to water, one can just wait for the outbreak of diseases.

Families have done what they could to house relatives, putting hospitality and solidarity to the test over more than a month, shared their clothes, food, and water, and sacrificed their private life. But what happens when these long-term guests cannot return home? Are they still welcome to curtail the living space when the violence of the war ebbs? And what of those who pitched tent-like homes in the park behind the al-Shifa hospital and elsewhere, who have no access to food, water, sewers, electricity? Where should they go? How will their children be able to study under these conditions? 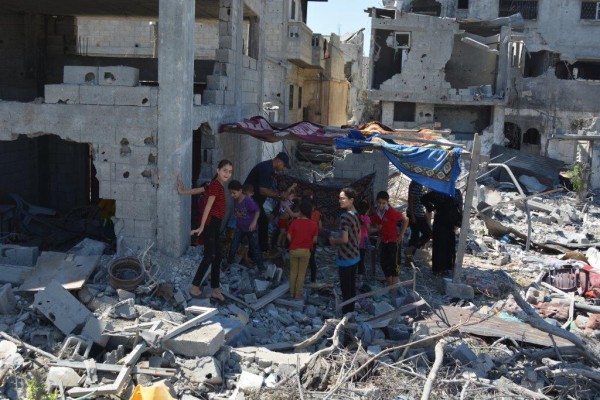 It is discerned among the ruins in Shujaja and other areas along the buffer zone, that life must somehow go on. Some are lucky and their houses can be repaired, if they can get hold of building materials, and if they can pay. But far too many others have not been that lucky. Where their houses once stood are now collapsed concrete piles or deep craters. Tarpaulins have been spread among them, forming open tents for protection from the sun. Here and there the smell of something dead under all the layers of fallen concrete is perceived. It may be from an animal, or from something else. And amid all the destruction people are trying to find their possessions that are still in one piece, children are playing amongst the rubble, and some are making tea over an open fire.

The consequences of war are not just death and blood, dismemberment and pain. They is so many more. And they do not end when the soldiers return to their barracks.