Jews Against Genocide (JAG) held a memorial service in front of the Knesset for Palestinian children killed by Israel in its current attack on Gaza. A pile of bloody dolls was placed at the Israeli Parliament and at other locations around the world. In addition to Jerusalem, memorials were held at the Israeli Ministry of Defense in Tel Aviv, in front of the Israeli Consulates and embassies in Madrid, San Francisco, Stockholm, and Copenhagen. Other memorials will be held in different locations around the world in the coming days. JAG set aflame to the pile of dolls covered in red paint at Yad Vashem, Israel’s holocaust memorial museum, on July 12th.

“Jews Against Genocide” protest outside the Knesset. 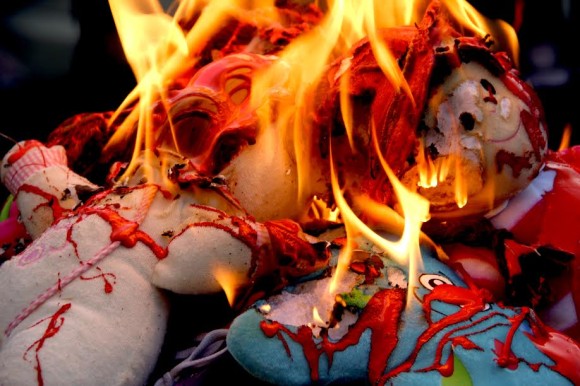 “Jews Against Genocide” protest in Copenhagen.

JAG spokesperson Miko Peled, an Israeli writer, human rights activist, and author of “The General’s Son: Journey of an Israeli in Palestine” stated, “At least 39 children have been killed, and the number continues to rise. I call on people of conscience around the world to support the Palestinian struggle and unite to call for an end to the apartheid regime in Palestine.”

JAG Member Ilan Pappe author of “The Ethnic Cleansing of Palestine,” Professor at the College of Social Sciences and International Studies in the United Kingdom, director of the university’s European Centre for Palestine Studies, and co-director of the Exeter Centre for Ethno-Political Studies wrote, “Cessation of the incremental genocide in Gaza and the restitution of the basic human and civil rights of Palestinians wherever they are, including the right of return, is the only way to open a new vista for a productive international intervention in the Middle East as a whole.” 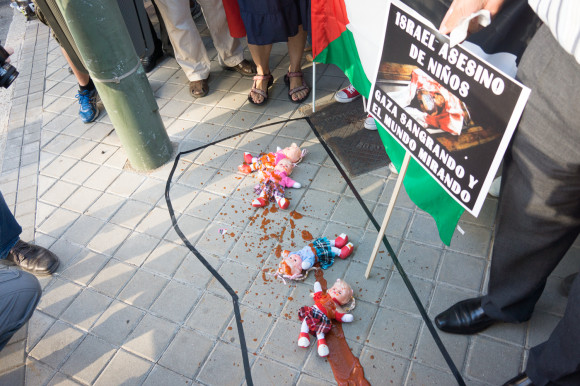 “Jews Against Genocide” protest in Madrid.

JAG member, Nurit Peled-Elhanan, a professor at Hebrew University, the co-initiator of the Russel Tribunal on Palestine, and a Laureate of the European Parliament’s Sakharov Prize for Human Rights stated, “The international community has not done enough to stop the Israeli regime of occupation… As a result, Israel does not pay any price for seriously violating international law and human values… We, the citizens of Israel and the stateless people of Palestine, cannot bring about the end of the occupation or stop the bloodbath by ourselves… We need you to prosecute the Israeli government and army, we need you to boycott Israeli economy and culture, we need you to urge your government to stop profiting from the occupation…” 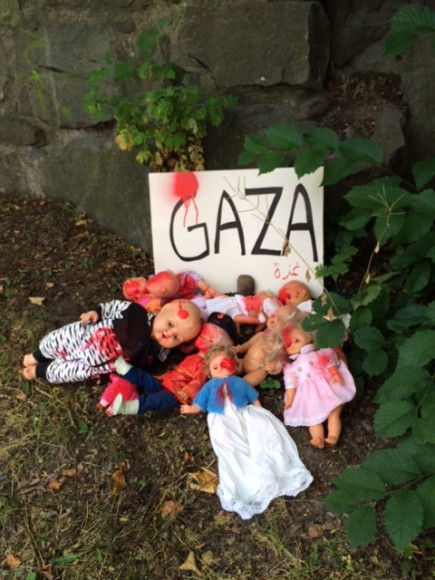 “Jews Against Genocide” protest in Stockholm 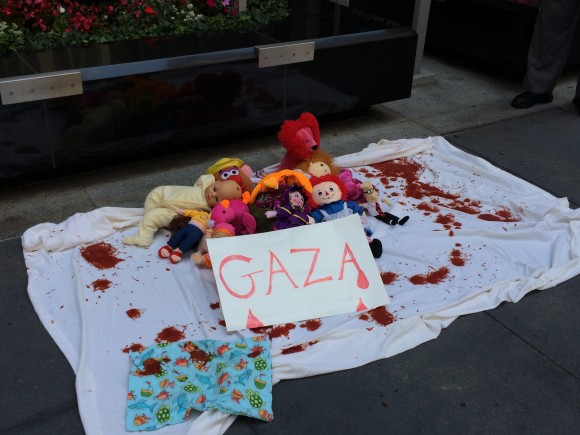 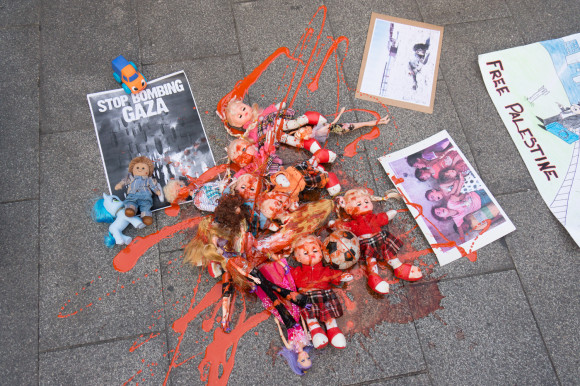 “Jews Against Genocide” protest in Madrid