At midnight this evening in al-Khalil (Hebron), a large group of settlers from nearby illegal settlements, attacked the home of the Al-Sharabati family.

Some of the settlers were intoxicated as they forcefully attempted to enter the Palestinian home; Israeli soldiers nearby watched the incident and made no attempt at intervention. Other Palestinians arrived as the settlers succeeded in entering into the house.

The settlers threw stones inside their house and attacked the family. Eventually the Israeli military arrived, and their response to the settler violence was to throw tear gas grenades and spray pepper spray at the Palestinians.

A 12-year-old boy was hit by a stone and knocked unconscious; he was rushed to hospital in H1 [supposedly under full Palestinian Authority civil and security control].

Four more people from the ages of 15 to 55-years-old were injured. Four of the people, including the 12-year-old child, had to be carried through a checkpoint as the Palestinian ambulance was not allowed to enter the H2 [under full Israeli military civil and security control] area of al-Khalil.

After 30 minutes the Israeli military finally allowed one ambulance to pass through and drive away with one injured person. 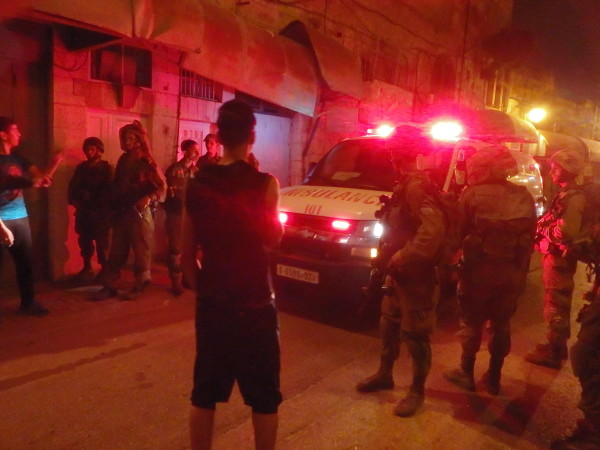 The Israeli military detained one youth for two hours. For an hour and 30 minutes the solders prevented Palestinians and internationals from walking near the Al-Sharabati family home. 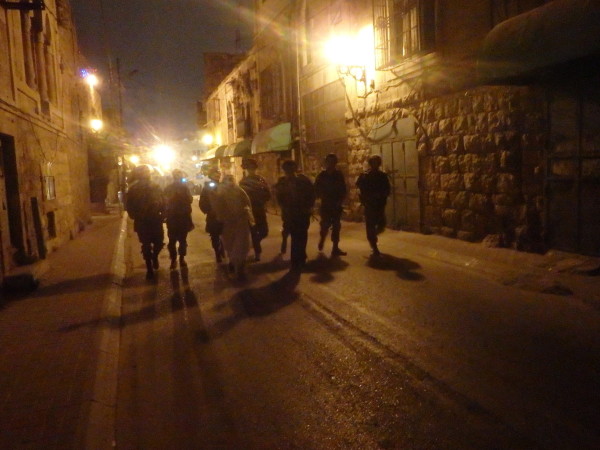 Some of the solders appeared to make jokes with each other, posing for cameras, and when a Palestinian asked a solder if he would arrest the settlers if they attacked him, the solder responded, “no.”
Hebron Israeli Army settler attack Settler violence 2014-07-20
ISM Media