There were roughly 100 people demonstrating in Kufr Qaddum yesterday. 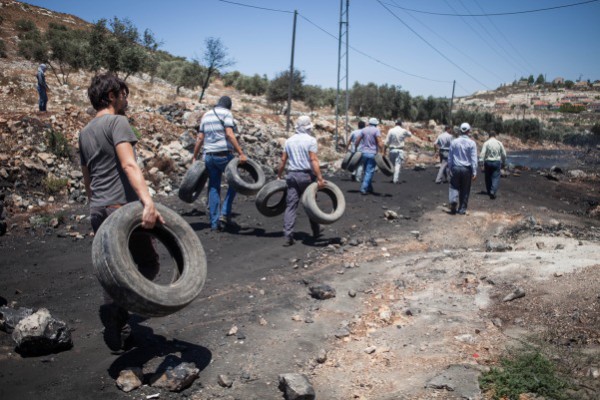 A number of the Palestinian youths present began to throw stones, when suddenly a young Palestinian fell to the ground, clutching his leg. An entry wound and an exit wound could clearly be seen. 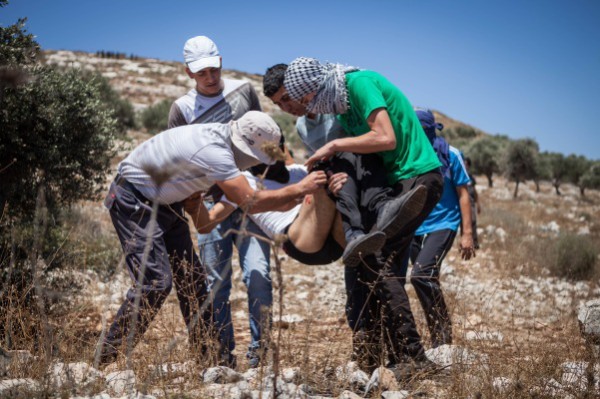 A protester stated that the Israeli forces, who were firing from the top of a hill, were using .22 caliber rifles, which have been outlawed since 2001 according to Israeli law. A few minutes later, another demonstrator tumbled to the ground with a similar wound. The scene repeated itself three more times. A total of five youths were taken by ambulance to Rafidia hospital. 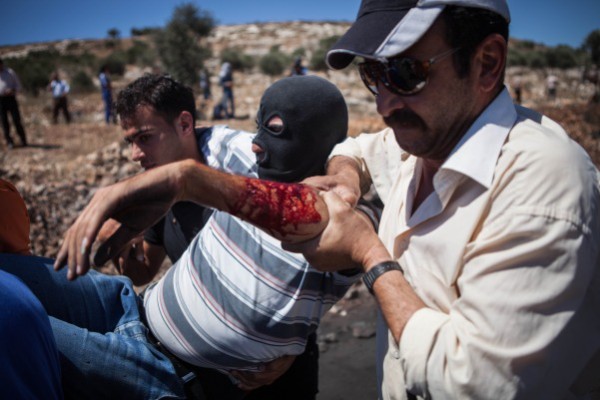 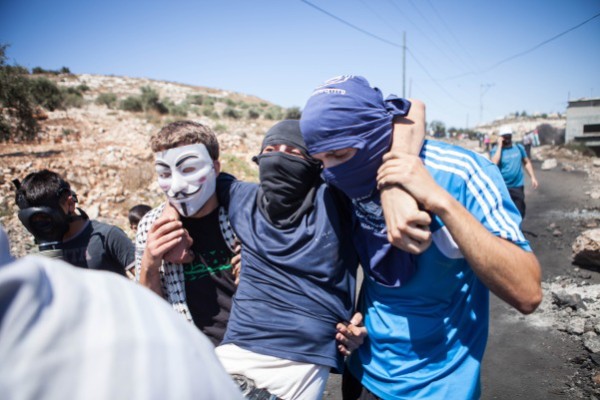 Another protester stated the behaviour of the military was unusual as they did not fire tear gas canisters or rubber-coated steel bullets. They used only live ammunition. The fact that there were dozens of children in the crowds did not seem to deter them.

in 1978, the illegal settlement of Qedumim was established nearby the village, occupying 4,000 dunams of land stolen from Kufr Qaddum. The villagers are currently unable to access an additional 11,000 dunams of land due to the closure by the Israeli army of the village’s main, and only, road leading to Nablus in 2003.

In 2004 and 2006, three villagers died when they were unable to reach the hospital in time. The ambulances carrying them were prohibited from using the main road and were forced to take a 13 km detour. These deaths provoked even greater resentment in Kufr Qaddum and, on 1st July 2011, the villagers decided to unite in protest in order to re-open the road and protect the land in danger of settlement expansion along it.