Israel must be held accountable for its collective punishment of Palestinians 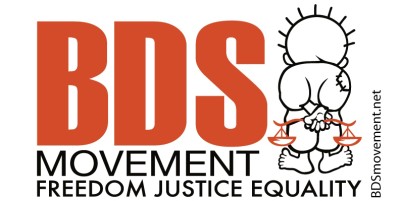 Palestinian boycott, divestment and sanctions (BDS) activists have are urging governments and international civil society to take action to hold Israel to account for its continued collective punishment of Palestinians in the West Bank and Gaza following the disappearance and death of three Israeli settlers.

Zaid Shuaibi, a spokesperson for the Palestinian BDS National Committee, the civil society coalition that leads and supports the BDS movement, said:

“Israel is able to act with utter impunity because of the military, economic and political support it receives from governments around the world. We call on international governments to impose a two-way arms embargo immediately and to suspend bilateral agreements until Israel fully complies with international law”.

“At a time when mainstream bodies such as the Bill Gates Foundation, the Presbyterian Church USA and the US​ United Methodist Church are divesting from companies profiting from Israel’s occupation, including G4S and Hewlett Packard, we call on people of conscience to intensify BDS pressure.”

Hundreds of military raids have been launched across the occupied West Bank since June 12, with more than 1000 private homes and refugee camps and the offices of civil society organisations ransacked.

At least 10 Palestinians have been killed and many more have been injured. More than 500 Palestinians have been detained and initial reports suggest that many of those arrested are held under administrative detention, a form of detention without charge or trial on secret evidence. The number of children held in Israeli jails has risen to 250. Israel has also imposed severe restrictions of movement.

On Wednesday, Israeli settlers kidnapped and killed a 16 year old from the Shuafat area of Palestinian East Jerusalem and Israeli soldiers attacked Palestinians in Jerusalem.

Israeli occupation forces have also targeted the campuses of Birzeit University near Ramallah and the Arab American University in Jenin, resulting in the detention and arrest of students and staff and greatly infringing the Palestinian right to education.

Samia Botmeh, a professor at Birzeit University and a steering committee member with the Palestinian Campaign for the Academic and Cultural Boycott of Israel, said:

“It must be emphasized that throughout the decades of oppression, no Israeli university or association of Israeli academics has ever protested the sustained assaults on Palestinian universities.  It is essential to intensify all forms of BDS, including the academic and cultural boycott, until Israel ends its violations of Palestinian rights.”

Israel has conducted at least 100 airstrikes or shellings of Gaza in recent days, including an intense bombing of dozens of sites in the early hours of Tuesday, further worsening the situation for Palestinians in Gaza, which has been under a brutal military siege for more than 7 years.

“We, residents of Gaza, have been unable to fathom how it is that official bodies of the international community tolerate blatant war crimes committed against the people of Gaza, in spite of thousands of reports by main-stream human rights organizations!”

“Is it farfetched to expect people of conscience to heed our call to boycott this intransigent, racist and militarized Israeli regime and the institutions that keep it thriving, the same way apartheid South Africa was boycotted until it crumbled?”

Ayah Abubasheer, a youth and BDS activist in Gaza, added:

“During the past few weeks, Israel has been violently and intensely launching a series of air strikes against the Gaza Strip. The population of the Gaza Strip continues to pay the price and bear the blaze of Israel’s polices.”

“Because collective punishment is a war crime under the Geneva Conventions, we urge the international community to pressure Israel to end its all-out military assault aimed against the total population of Gaza, open Rafah crossing permanently and heed our call for boycotts, divestment and sanctions.”