We managed to get a lift in an armoured Land Rover belonging to French journalists, and at crazy speed we went through intersections with only the cat horn as protection. The goal was Jabalya refugee camp and the latest targeting killing using a drone.

Ambulances left the site shortly after we arrived, and the fire brigade were just about to pull away from the car. Or what had once been a car. 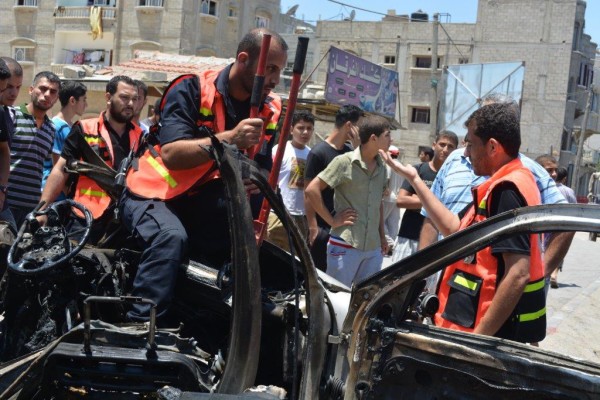 What was in front of me was a complete wreck with twisted metal parts. Although the real shock and disgust came when I saw the license plate. It ended with 22. It had been a taxi. 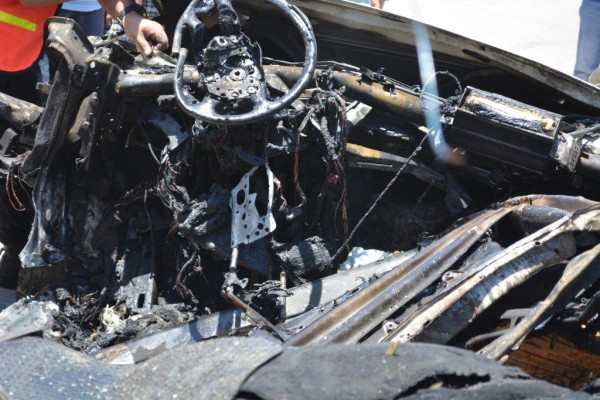 We caught a ride with another journalist to Kamal Hospital, where the bodies of the three men, Mahmoud Walaid, Hazim Balouska, Alaa Abdelnabi, were taken. On a stretcher was one of the men, crumbling, burnt, with no identity left, he would now be placed into cold storage. 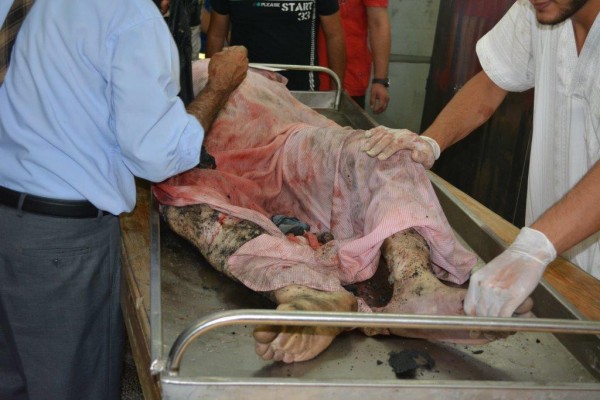 But there were problems. The storage was full. Too many people have been killed in the past three days since “Operation Defensive Edge” began.

As I’m writing the number of people murdered is 80 [the number has now risen], the cold storage is full, awaiting their funerals.

Two bodies were lying on the same stretcher.

Now we no longer had a car from the press to hitch a ride with. By taxi, we headed to the border crossing at Erez, which we heard had been attacked earlier.

It was the first time I’d seen the gate stand wide open on the Palestinian side, and the building appeared deserted. We didn’t step out of the taxi.

To walk into the area towards the Israeli part of the border crossing, although it’s a kilometer apart, is not a good idea.

Instead we went on to another one of Israel’s bombing target from the day before. Opposite a petrol station was an enormous crater among overturned and broken citrus trees, and from the apartment building next to it, a lemon tree hung upside down with the roots wedged on the roof. 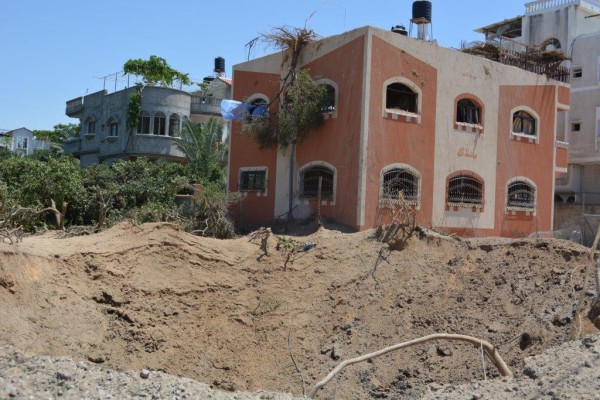 We looked at each other, and all felt that it was enough death and destruction for one day, and when the driver asked if we wanted to go to the next bombed place, we said no in a unified voice.