From the 8th June until three hours ago, the Israeli military has been training in Palestinian-owned fields, close to the Palestinian villages of Jinba and Al Mirkez, in Masafer Yatta. 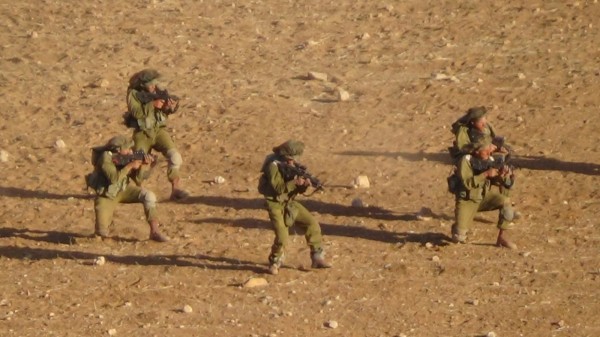 Hundreds of soldiers have occupied the land in front of the nearby Israeli military base with tents and military equipment, and were scattered in groups around the villages to carry out the exercises.During the training, the Palestinian population suffered heavy restrictions on their freedom of movement, the fields were damaged by military activities, and shepherds were chased away with their flocks.

Some of these farmers reported that they were beaten by the soldiers.During the night, the exercises continued with the use of explosives, and soldiers have even entered the villages themselves, frightening the people further.The villages of Jinba and Al Mirkez are within the Firing Zone 918 and, pending the decision of the Israeli High Court of Justice, are still under the threat of expulsion by the Israeli army. 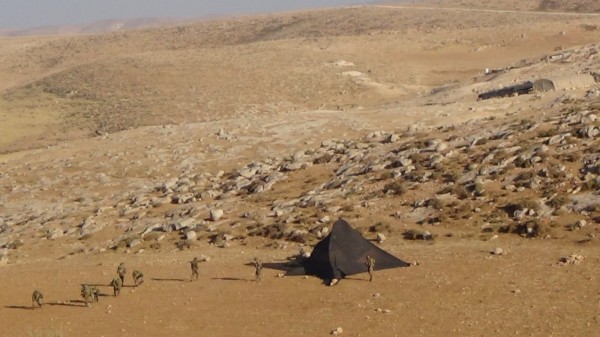