Photo story: Palestinians march in Tulkarem to defend their right of return

On the morning of the 31st of May, several buses filled with Palestinian and international activists from across the West Bank gathered in Tulkarem to march towards the Natanya checkpoint, used only by the Israeli military forces.

Political groups, Palestinian civil society and Popular Resistance Committees named this action as the “March of Return”. Their aim was to defend their right of return and were united under the following slogan: “Our return is inevitable: Freedom for Al Aqsa (Jerusalem) and the prisoners”.

Once the buses arrived in Tulkarem, the activists marched several hundred meters to arrive at the checkpoint. Several protesters gathered at the gates of the checkpoint and began chanting, others spray-painted messages onto the apartheid wall [declared illegal by the International Court of Justice in 2004], while other activists used heavy craft hammers to damage it. 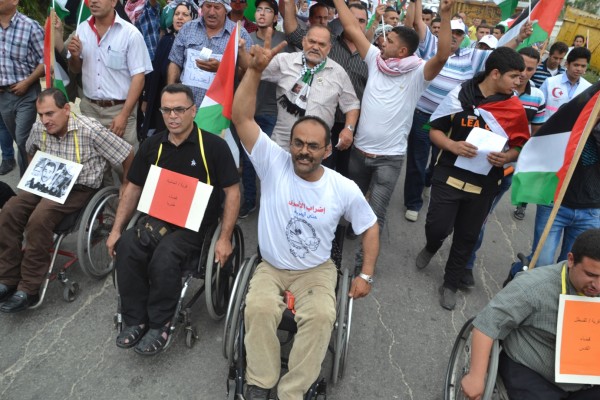 Political groups, Palestinian civil society and Popular Resistance Committees marched together to defend the right of return (photo by ISM). 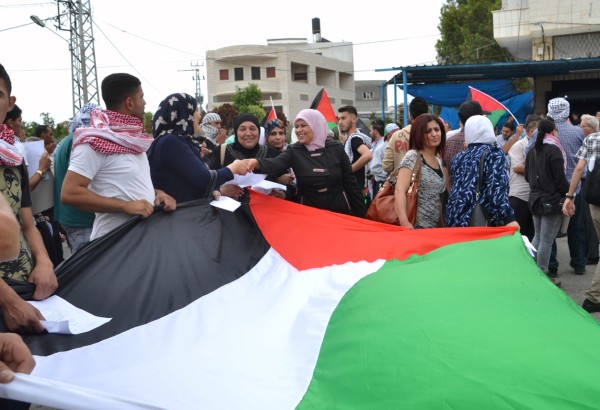 Among the organizations involved there were also women’s unions (photo by ISM). 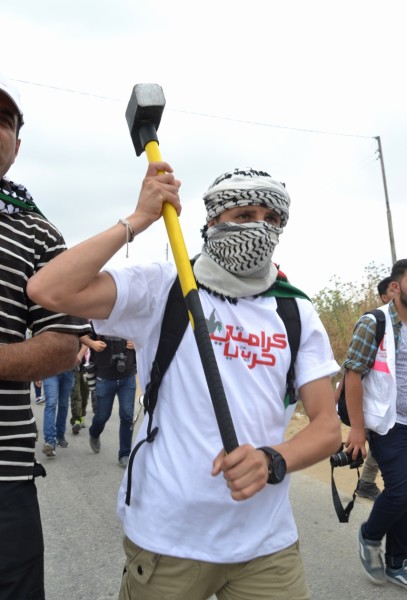 Activist carries a heavy craft hammer that was later used to damage the apartheid wall (photo by ISM). 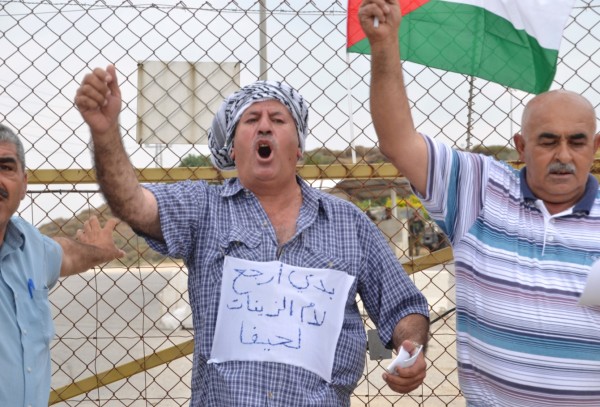 Public speeches and chanting in front of the military checkpoint (photo by ISM). 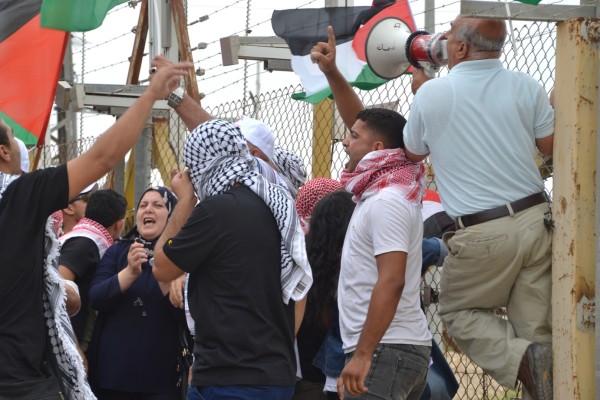 Palestinian women and men chanting at the gates of Natanya military checkpoint (photo by ISM). 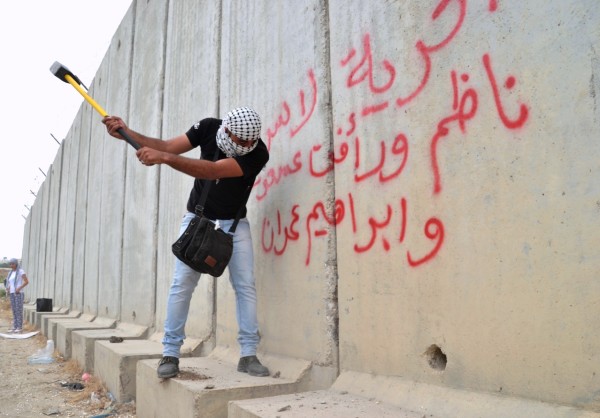 Two heavy craft hammers were used during the action to damage the apartheid wall near the checkpoint. Other protesters also had enough time to spray-paint messages onto the wall (photo by ISM). 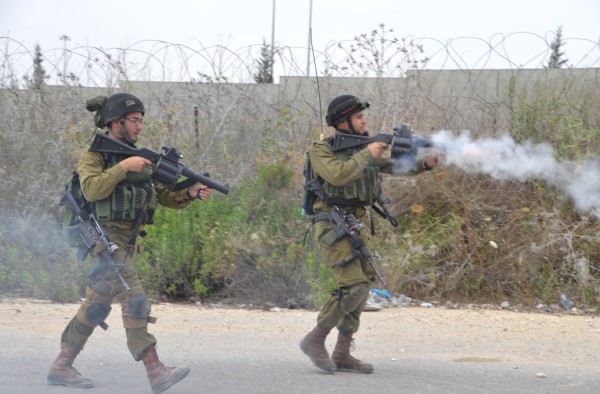 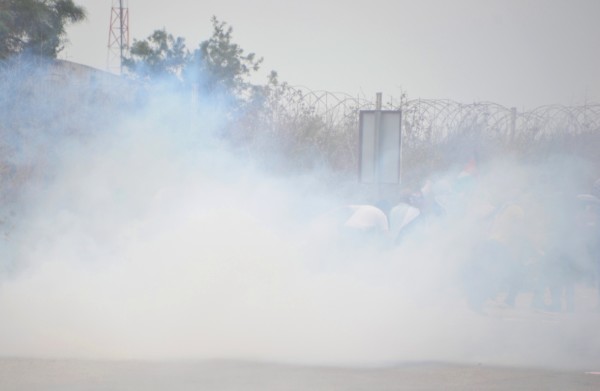 Highly concentrated teargas was fired frequently during the demonstration. Eye irritation was commonplace and as many as 20 people had to be attended by paramedics due to suffocation (photo by ISM). 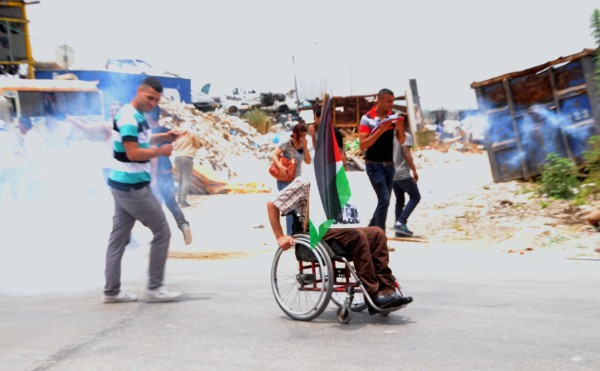 Tear gas canisters being shot at protesters (photo by ISM). 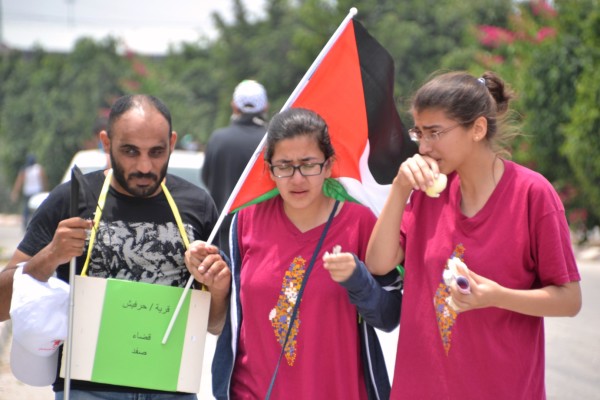 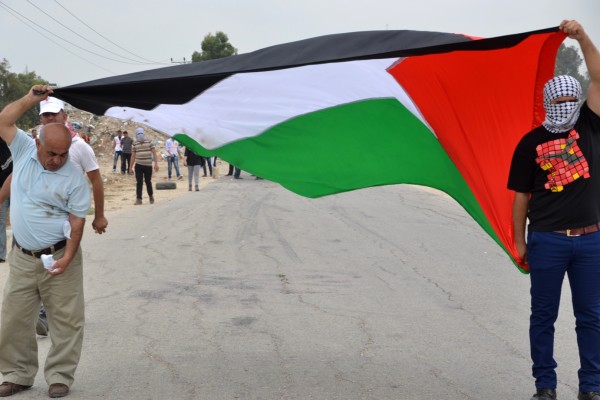 Protesters regrouping after a first attack by Israeli soldiers. The man on the left is holding an “ice pack” underneath his arm, he was shot with a tear gas projectile and his arm was visibly swollen after the demonstration (photo by ISM). 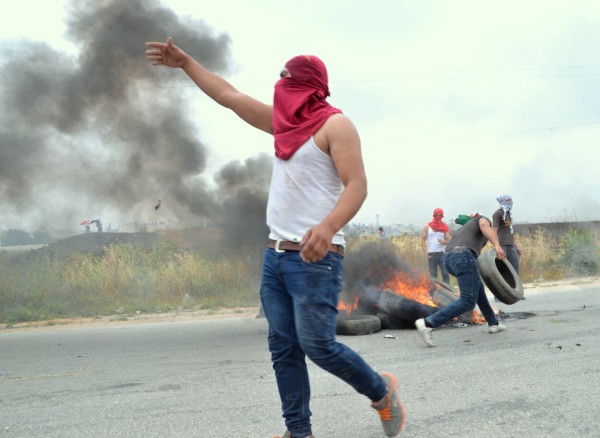 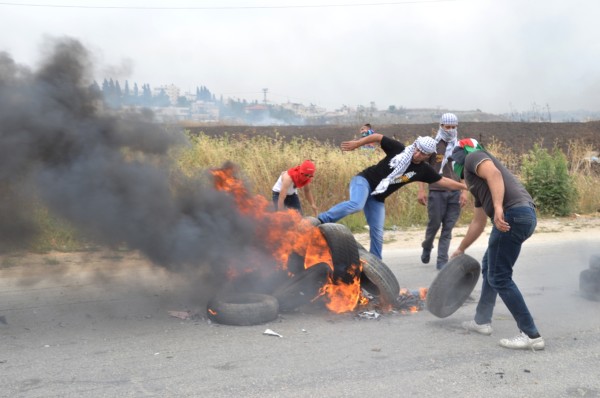 Palestinian youth attempted to build tire barricades but were soon ambushed by Israeli soldiers. Jeeps and armored vehicles drove at high speed from behind and surrounded some protesters, at that point one youth (20 years old) was arrested (photo by ISM).