New
Home / Hebron / Fighting for the history of Tel Rumeida

Fighting for the history of Tel Rumeida

The Israeli occupation uses many methods to take over land – from settlements and military camps to the nature reserve and political treaties. However, the Abu Haikal family of Tel Rumeida in Al-Khalil (Hebron), faces a much more unexpected enemy: archaeologists. Currently, the family home is completely surrounded by an Israeli archaeological excavation – there is only one gate into the property, which can be shut at any time, leaving the family isolated from the surrounding city.

At first glance, the presence of an archaeological site seems quite positive, or at the very least harmless, however a quick look at the politics surrounding the Tel Rumeida excavation shows that this is far more sinister than a simple historical inquisition.

Under the Oslo Accords, the Israeli Antiquities Authority (IAA) must coordinate all of their work in the West Bank with the Palestinian Ministry of Tourism and Antiquities. In Tel Rumeida, Palestinian officials have been denied entry.

IAA archaeologists – many of whom live in the surrounding illegal settlements – began digging in Tel Rumeida on January 5th, 2014. They claimed they were looking for the graves of Jesse and Ruth, figures from the Hebrew Bible. The IAA has also stated their intent to turn the area into a ‘Biblical Archaeological Park’, depending on what the dig turns up. 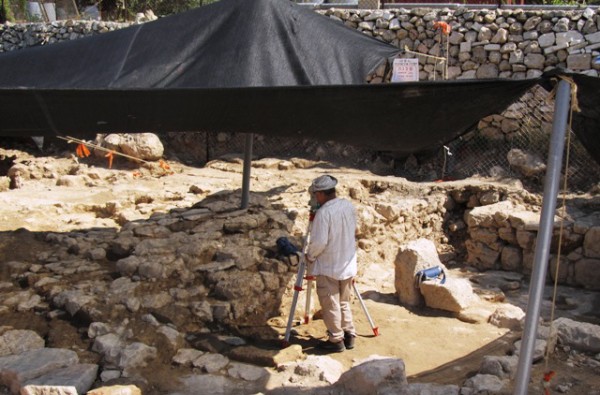 While no uniquely Jewish artifacts have been found, Palestinian officials confirmed that the settler-archaeologists have destroyed several Muslim graves that were found on the site. Residents of Tel Rumeida have reported that IAA employees are also in the process of bulldozing an ancient Canaanite retaining wall. For them, the deliberate annihilation of non-Jewish history in Hebron is anything but innocuous.

The Israeli Antiquities Authority has been a tool for settlement expansion and land grabs in the West Bank for a long time, including the East Jerusalem neighbourhood of Silwan, the town of Khirbet Susiya, and other settlements within Hebron. The strategy is simple: Archaeologists enter an area and search for signs of uniquely Jewish history. When a site or artifact is discovered – or possibly fabricated – the area is declared to be an integral part of the ‘Jewish State’. To ‘protect’ the land, a settlement is built on top of the site, driving away the Palestinian owners.