Two people were injured and dozens of other civilians, including international solidarity supporters, suffered from tear gas inhalation during Bil’in’s weekly protest against the wall and settlements. This week, the demonstrators also marched in protest of the continued siege and starvation of the Yarmouk refugee camp in Syria.

After the Friday prayers, the participants set off toward the village’s liberated land and, after reaching the main gate of the wall, Israeli soldiers stationed behind the wall fired tear gas, stun grenades, rubber-coated steel bullets, and live ammunition at the participants. The soldiers also chased the protesters through the olive groves and even into the outskirts of the village, leading to violent clashes that continued into the evening. Two people were wounded. Nemer Atta (19 years old) was shot by live ammunition in the foot and taken to the Palestine Medical Complex for treatment, and Wael Bornat (38 years old) was shot by a rubber-coated steel bullet. Dozens of village residents, Israeli peace activists, and international supporters suffered from tear gas inhalation.

The participants raised Palestinian flags at the rally, chanting and singing for national unity, and called for resounding popular resistance against the occupation, and for the release of all Palestinian prisoners and for freedom in Palestine, as well as lifting the siege on the Yarmouk refugee camp. Those injured are now reported to be in stable condition. 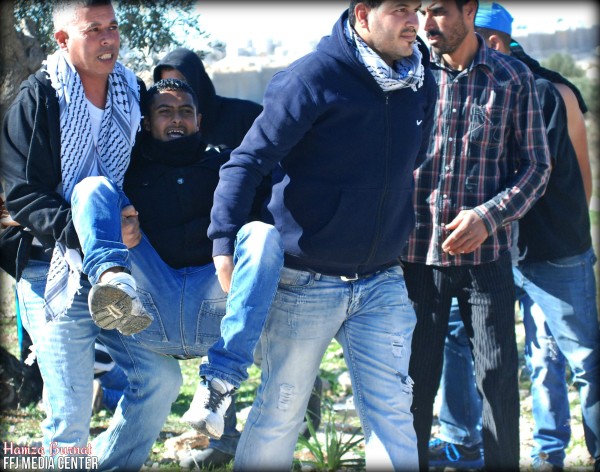 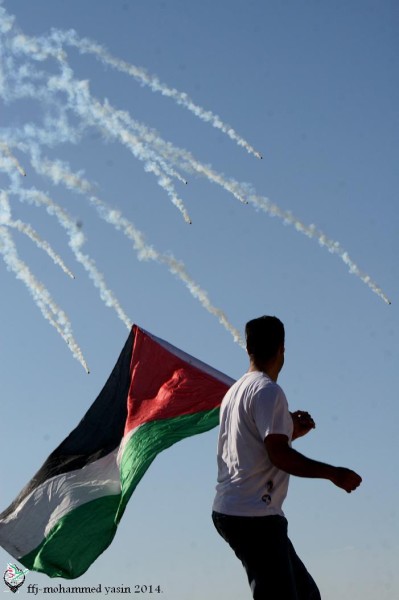