International activists have been accompanying Palestinian farmers to their lands near the separation barrier between the territories occupied in 1948 and the Gaza Strip. We have noticed, in recent days, an increase in the presence of the Zionist occupation forces. A few days ago, we felt more drones and F-16, then Jeeps and bulldozers began to move near the barrier more often. On Sunday, 22nd December, two Jeeps were stationed in front of the area where farmers were seeding and tractors plowing. They fired shots into the air and one the the ground. This video shows the last episode.

Olive, orange and lemon trees grew in these fields until the second Intifada. Then bulldozers and tanks of the occupying forces uprooted them. After “Operation Cast Lead,” the no-go zone was established at 300 meters, but aggression towards Palestinians was not limited to that area. According to UN reports, high-risk areas in some places reach two kilometers from the barrier, and included 35% of all arable land in Gaza. Following the truce concluded after the Zionist attack called “Operation Pillar of Defense,” farmers were able to reach their land up to 100 meters. Now, according to the Palestinian Center for Human Rights, the situation is very similar to that seen before the last offensive: Zionist aggression reaches up to 1,500 meters from the border. The high-risk areas comprise 35% of arable land, and in the restricted areas, 95% is cultivable. Also according to PCHR data, the last farmer killed by the occupation forces while working, Mustafa Abdul Hakim Mustafa Abu Jarad, was 1,200 meters from the barrier. He was killed by a bullet in the head 14th January 2013, one of four people killed this year in the areas near the separation barrier. 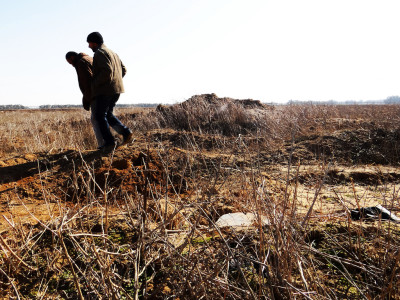 Not only are Palestinian farmers attacked during their work, but the land they farm is itself  destroyed by the passage of bulldozers and tanks. They create deep grooves that make it difficult for a tractor to pass and plow. By doing so, they mix layers, making the land less fertile. In addition, the water tanks which are used for irrigation in this area are all destroyed by Zionist gunfire.

In the separation barrier are installed several instruments of repression. There are turrets with automatic weapons, others on which snipers can stand, tall iron columns with cameras installed and others with radar. There is barbed wire, gates where Zionist military vehicles can enter, balloons equipped with cameras, and more.

The violence of the Zionists towards Palestinian farmers and fishermen are an attack not only on their ability to work, but also on the food sovereignty of all the inhabitants of the Gaza Strip. 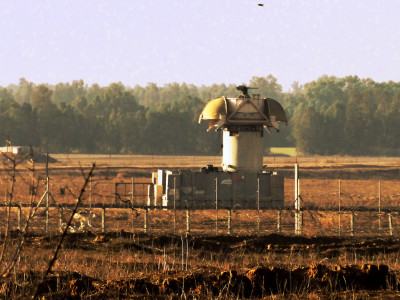 The presence of foreign activists sometimes manages to lightly calm the situation, because we are inconvenient witnesses for the Zionist occupation forces. But the heroes are the farmers, who continue to reach their land. Without regular watering, they can grow only wheat, although after it has been cultivated for several years, not much grows anymore. The heroes are the farmers who, generation after generation, continue to say “adha hardy” – “this is my land,” no matter how strong the Zionist repression with all its resources, weapons, armor and surveillance equipment may be.