Every Monday here in central Gaza City a demonstration is held, and has been since 1994 or 1995. It was the first time I attended, though I’d probably call it a meeting more than a demonstration. Around 200 people had gathered in a small courtyard belonging to the Red Cross, with stretched canvas as protection from the sun. The simple wooden pews filled quickly. Those that did not fit on them stood along the walls. Several TV crews were in place. There was a short speech and subsequent interviews. 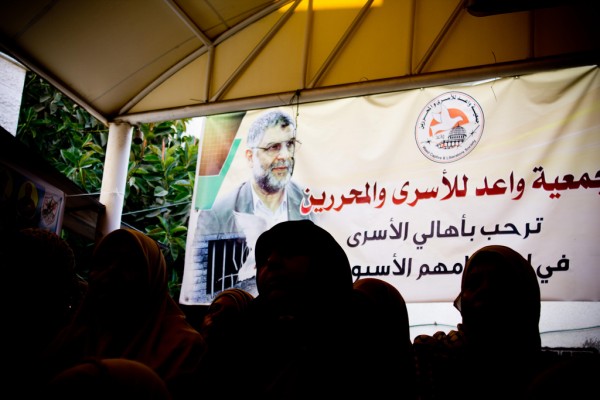 It is about the Palestinian prisoners in Israeli jails. Inmates in most cases, in some ways, resisted the occupation forces, but are also political prisoners. There were banners with portraits. Some of them brought to mind images of Russian icons. There were mothers and wives of prisoners who sat with pictures of these men, many lifers. 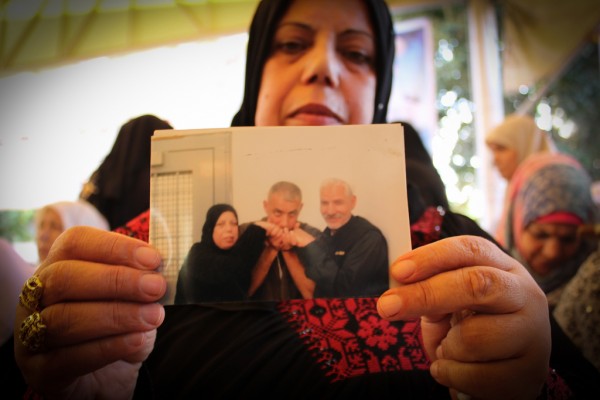 But there was also a pretty hilarious mood, chatting along the benches instead of absorbing the speech, gravity mixing with the joy of reunited friends. It had elements of a social meeting, certainly not what I would call a demonstration. 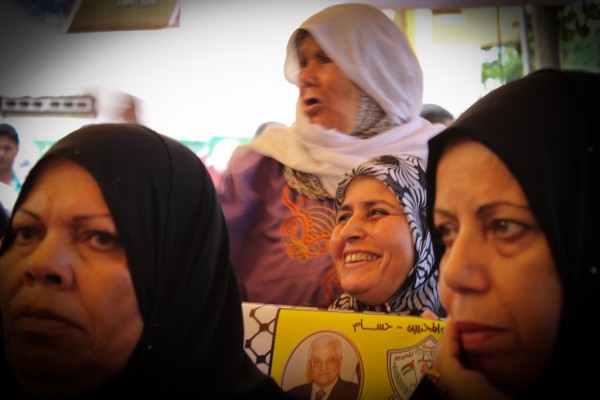 Mothers and wives of the detainees. (Photo by Gal·la López)

While I sat there, I made a comparison with ‘the Mothers’ in Buenos Aires, with their regular demonstrations against the then-prevailing junta demanding to know what happened to their men and children, but soon realized that the comparison limps precariously. Their goal was clear. These recurrent demonstrations as more in the nature of social events instead, as a safety valve, to show each other that they are not forgotten, that they support their missing relatives, where they feel that they are not alone in their loss. And it is this cohesion that is so familiar to people here, and perhaps that makes it so hard to subdue the proud people more than anything else. They have not forgotten, they refuse to forget and they are waiting for the day when they will all be free. 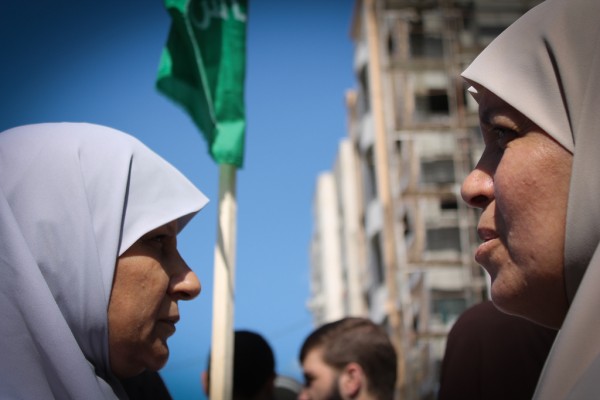 Detainees’ relatives protest in front of the Red Cross. (Photo by Gal·la López)