Yesterday at around 1pm, Palestinians together with Israeli and international activists marched through the olive groves towards the annexation wall on Ni’lin’s land. 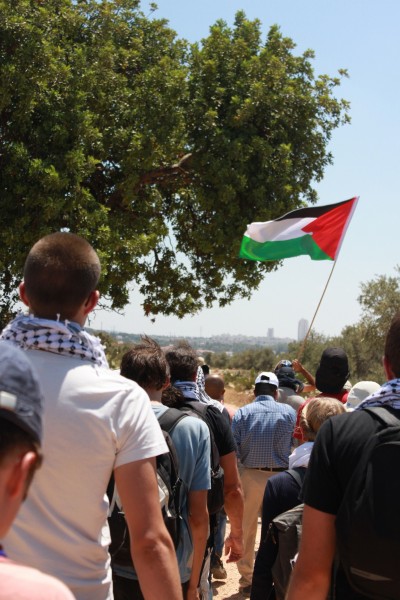 Protesters marching to the wall (Photo by ISM)

Demonstrators approached the area of the wall chanting slogans against Israel’s apartheid policies and the annexation of land for the illegal Israeli settlements. Israeli forces, located behind the wall, shot numerous amounts of tear gas canisters and sound bombs at people as they approached. 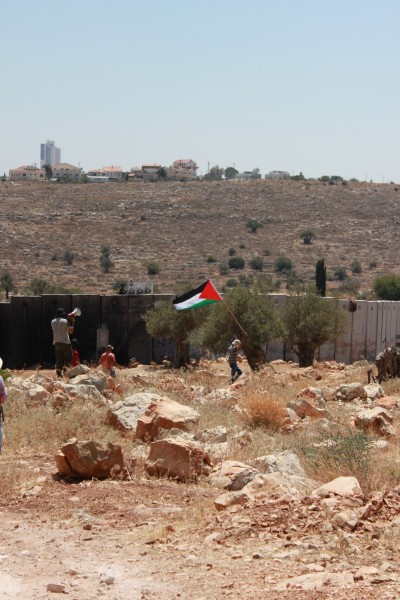 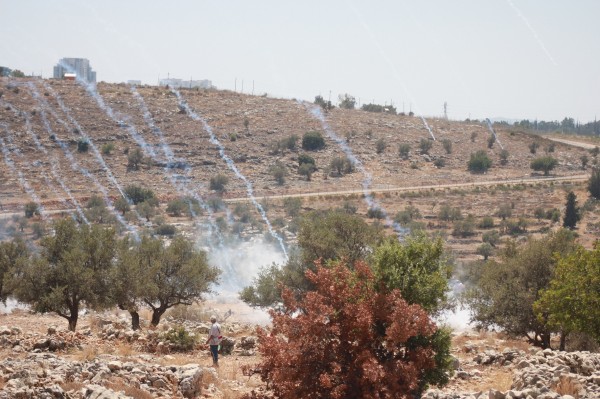 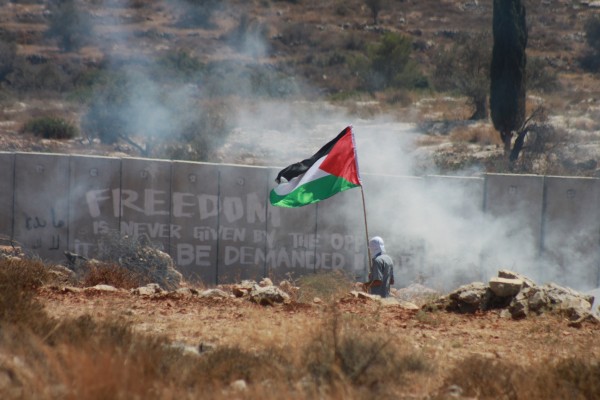 After an hour of continuous shooting of tear gas canisters, Israeli forces crossed through the gate in the wall and chased protesters up the hill shooting more gas canisters and rubber-coated steel bullets. 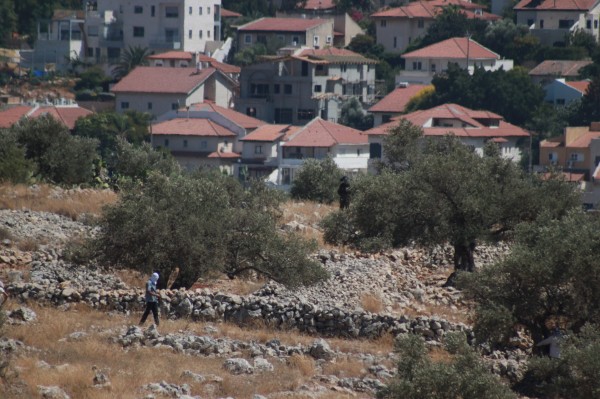 In the distance, the black figure of an Israeli soldier who has come out from behind the wall in an attempt to intimidate protesters. Behind him are the illegal settlements (Photo by ISM)

For five years the people of Ni’lin have been demonstrating against the Apartheid Wall that  has taken 2500 dunums of Ni’lin land.