In the early hours of Wednesday 3rd of July, the Israeli army conducted a large scale incursion into the northern West Bank village of Talfit, invading and trashing ten houses and arresting three men. The families of these prisoners have not heard from them in the five days since they have been in Israeli custody and their current whereabouts and legal status are unknown. 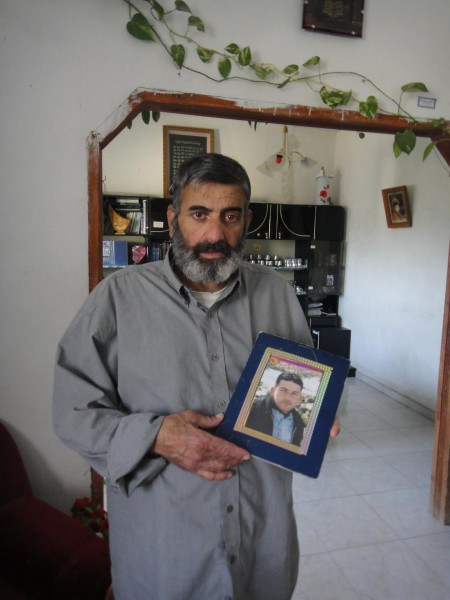 In a sustained invasion from around 1am to 5am, around one hundred soldiers entered the village of Talfit in a number of jeeps, heavily armed and with police dogs. At least ten families, many with young children, were forced by the military to wait in the street for many hours whilst soldiers ransacked their homes.

Twenty-six year old Abdallah Mohammed Najeeb, who works as a nurse in a Nablus hospital, was one of the three men arrested during this night invasion. He was sleeping in his home at 1am when thirty soldiers came to the door, breaking it down with an air pump and flooding into the house with dogs. According to Abdallah’s father, the soldiers ordered all ten family members, including three children under the age of four, to stand on the road for several hours; during this time, some soldiers questioned the family, whilst others were inside overturning furniture and pulling the house apart. After some time, Abdallah was forced into the jeep, wearing just his sleeping clothes and no shoes. He was driven away – along with two other men who were arrested from homes nearby – and no one has heard from them since. No justification or explanation of their arrests was given.

The father of another family had his identity card and driving license confiscated by a military commander, who stated as he took them: “you have no ID”. These will cost at least 800 shekels to replace and in the meantime he will not be able to continue his work as a driver because now he does not have the required documents to legally do so. “The soldiers shouted at them and let the dogs come very near the children – they were so afraid” said the mother of the family about her two children aged three and five, who had been ordered outside for several hours. 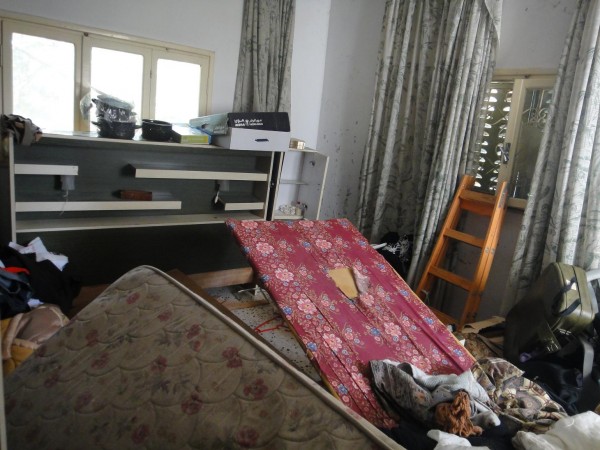 A trashed home in the village of Talfit (Photo by ISM)

Several doors of homes had sound grenades thrown at them and some were physically broken in. Of the many houses that were violently searched, destroying property and furniture, some thefts by the Israeli military were also reported; money, mobile phones and even a family photo album in one case. Computers in several houses were dismantled but not removed.

Israeli military night invasions are a regular occurrence in the villages and cities of the West Bank, even those, such as Talfit, that are in Area A, thus supposedly under full Palestinian civil and security control and the Israeli authorities have no jurisdiction. The village of Talfit currently has around twenty people being held in Israeli jails, some for many years. Some are arrested with no justification whilst others are political prisoners who have been imprisoned for exercising their right to resist occupation. Under the Israeli system, Palestinians are tried in military courts, or can be held indefinitely without charge under “administrative detention”.