Palestinian right to Jerusalem only valid for 10 years

The Jerusalemites Campaign strongly condemns Israel’s recent change in its issuing of Jerusalem IDs, which now include expiration dates.

Since the beginning of July, Jerusalem residents who have gone to the Ministry of Interior to receive new IDs have obtained ones valid for only 10 years. Prior to this, IDs had no explicit expiration date. 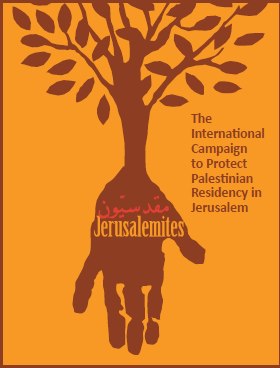 The implications of this policy change are significant. Once implemented collectively, all Palestinian Jerusalemites who hold permanent residency status will be obligated to go to the Ministry of Interior to renew their IDs upon such expiration. It can be expected, then, that they will be subjected to the MOI’s Center of Life policy, which requires Palestinians through an exhaustive list of documents to prove Jerusalem as their continuous, uninterrupted center of life. Those who are unable to meet the Ministry’s excessive list of demands will render themselves at threat of having their IDs revoked and, accordingly, their rights to live in Jerusalem stripped.

Until now, many Jerusalemites avoid any reason to go to the MOI for fear of the Center of Life policy; it has been reported that even those who have never lived outside of the city have previously failed to satisfy the Ministry’s expectations on this measure. If Jerusalemites lose their residency status and are without nationality elsewhere, they become part of the city’s growing stateless population.

This policy exists in stark contrast to that applied to Israelis, who are permitted to hold dual-nationality with another state and whose citizenships have no expiration date. Jerusalemites, despite having been born in the city, remain at constant threat of losing their right to live within its borders; Jews around the world – some of whom have never previously been to Israel – are, to the contrary, encouraged by the occupying state to claim aliyah and migrate to Israel.

The Jerusalemites Campaign views this policy change as a further step in Israel’s effort to Judaize the city of Jerusalem. Residency revocation has remained an ongoing method of forced displacement since 1967, and serves to establish and preserve the city’s demographic balance, reinforcing its aim of an  “absolute Jewish majority,” as articulated within the Municipality’s master plan. The change is particularly noteworthy as it coincides with Israel’s agreement to return to US-sponsored peace negotiations, of which Jerusalem remains a final-status issue.