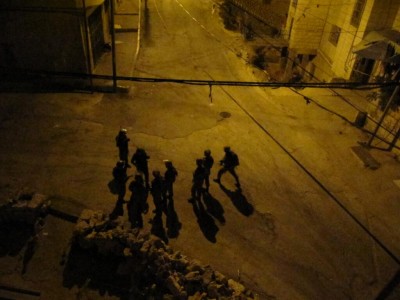 Update 7th July: On the 6th of July the Israeli military has once again disregarded the law and entered H1 to terrorise the Palestinians in this area of the city. This is not a rare occurance, as soldiers make it a routine in which Palestinians are dehumanised and terrorised.

In the early hours of the morning on the 6th of July at roughly 1am, 10 Israeli soldiers equipped with automatic rifles, helmets and backpacks left the Israeli military base in Tel Rumeida and started moving toward H1. Before they began ascending the hill past the gate that seperates the 2 zones, 2 soldiers decided to urinate on Palestinian homes, a sheer sign of disrespect and an affront to decency. After these soldiers returned from their operation, they descended upon the Youth Against Settlement centre in the Olive Grove asking questions about certain members and threatening to make arrests. 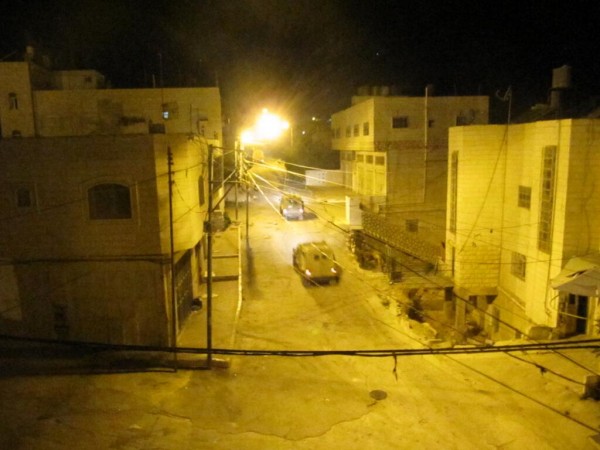 Nearly 2 hours after this happened, at roughly 3am, 5 Israeli military vehicles, 3 jeeps and 2 carriers, accompanied by 20+ soldiers drove from H2 into H1, and according to Ma’an news, made 2 arrests. This ostentatious disdain for the idea of Palestinians having a peaceful life is nothing but an act of terrorism.

During the evening of July 3rd, at approximately 8pm the Israeli military, under the orders of a new commander, illegally invaded H1, the Palestinian controlled area H1 of Hebron (Al Khalil) and spent the evening harassing families by various methods.

The illegal and flagrant incursion into H1 consisted of eight soldiers on foot, equipped with heavy machine guns and tear gas attachments, followed by two soldiers in a jeep. They attempted to intimidate Palestinians on the streets who questioned why they were committing this act. As they reached their destination, two soldiers stopped anyone coming near a Palestinian home that four soldiers invaded. Two positioned themselves on the roof of the home, while another two soldiers brought family members outside to search and question them. They proceeded to push one boy in his teens against the wall and search him in a humiliating fashion. After they had finished harassing this particular family, the soldiers patrolled the streets of H1 before finally returning to illegally occupied H2. Palestinians in the area told international volunteers that these dehumanising routines were not new; however a new commander was in place and he, like previous commanders, was abusing his power in order to oppress the population of Al Khalil. 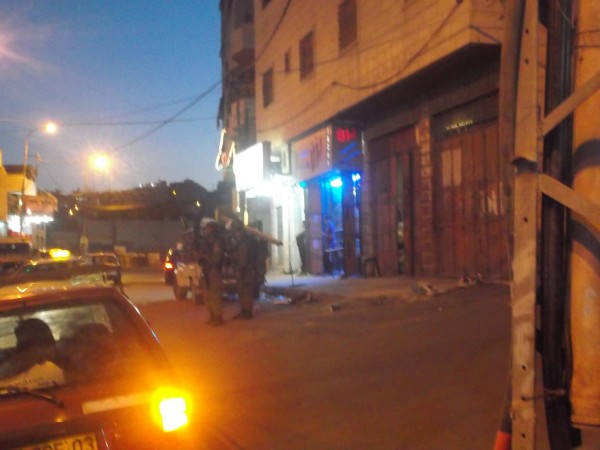 Since the 1997 Hebron Agreement, H1 is supposed to follow the same rules as Area A, which means the Palestinian Authority are hypothetically in control (of civil proceedings and security issues), whereas H2 is the equivalent to Area C in which the Israelis are in control, though 30,000 Palestinians still live in this section of the city and are brutally oppressed on a daily basis. When the Israeli military moves troops into H1, it is a violation of the Hebron agreement, an example of Israel’s contempt for laws, be they national or international and moreover, evidence of their contempt for the Palestinian people.