On Thursday afternoon, July 25, 2013, a 19 year old, Rafat Awad Abdel Aty was injured while working in an area called “Jamarik” near Beit Hanoun in the northern Gaza Strip. 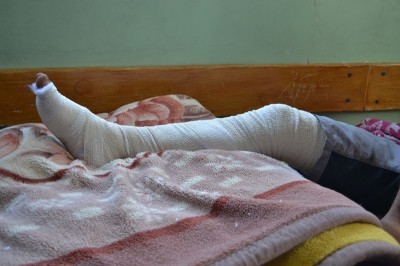 Awad, who was admitted to the Kamal Odwan hospital, told us that he was collecting firewood to be sold at about 500 meters from the separation barrier with Israel.

A bullet went through Awad’s right leg, and several fragments of bullet injured his lower limb and his chest. The bullet that entered and exited from the leg, then exploded from the impact on the ground, causing more injuries from the shrapnel that flew back up.

“Some people tried to reach me but the soldiers shouted at them to go back,” said Awad, who was finally transported by ambulance to Beit Hanoun hospital and later transferred to the Kamal Odwan hospital. 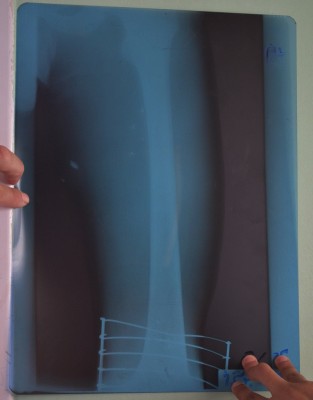 A doctor explained to us that Awad needs bandaging daily, although fortunately the bullet did not cause fracture. Some fragments have been removed, while others remain embedded in his body.

In the last two weeks two civilians were wounded in Beit Hanoun, in the northern Gaza Strip.

These workers are “invisible” in the eyes of the media, often kids who have not reached the age of maturity, usually on donkey carts to reach the lands along the border to pick up metal, plastic, copper, wood and other materials they could. The limited amount of materials caused by the siege, makes it necessary for companies to recycle and reuse previously constructed materials. Usually the families of these young people are very poor, or what they earn is not enough to provide for themselves. Often, they have no other way to survive.

Awad can earn a maximum of around 25 shekels a day.

His father Rafat told us that he had received a call from a friend when Awad was injured. “I was very worried, I thought I was going crazy, because often when someone calls to say that your son was injured they are covering for the fact he is dead,” said Rafat. 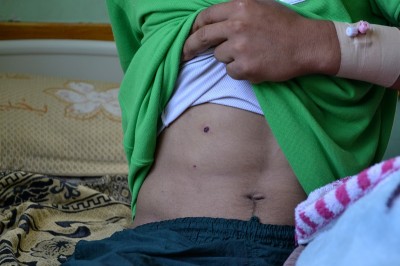 Rafat did not even have the money to pay for a taxi to get to the hospital. Some neighbours offered to take him in their car to get to his son.

Rafat told us that he previously worked as a fisherman. “I stopped working as a fisherman because there is not enough fish in the sea,”. He explained the difficulties facing the fishermen of Gaza as a result of the 6-mile limit imposed by the Israeli authorities and also the recent lack of fuel in Gaza. This means Rafat does not work. The only person in the family who works is his son Awad, who is now hospitalized. 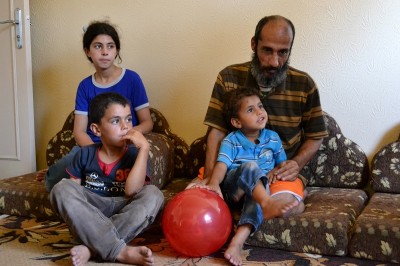 “I don’t always know from where I can provide an Iftar (the meal which breaks the fast during Ramadan) to my family, now my son is injured,” said Rafat.

The future is uncertain for the family of Rafat, who can not afford to pay the university fee for his children.

Rafat would like the international community to put an end to the siege on the Gaza Strip and to stop denying his people the chance to live as “human beings.”

Since the beginning of the ceasefire in the month of November 2012, Israeli forces have killed four Palestinian civilians and injured at least 100 people, including 24 children, in areas along the border. Yet, according to those agreements, Israeli forces should cease all aerial attacks by land and by sea.

The number of casualties is likely to rise soon in the lands along the border, when the planting season begins and many farmers will work need to work on their lands, lands that are these families’ only source of livelihood.