Two brothers aged 10 and 13 were today taken by the Israeli occupation forces whilst playing outside their home in the old city of Hebron. They were forcibly taken to the military base on Shuhada Street which is closed to Palestinians, while their mother waited watching from the street above. They were held for four hours, without their family being notified of their situation and without having access to a lawyer. The Israeli authorities lied many times, claiming that the children had been released while they were still being held. Eventually the children were released without even being passed to the Palestinian authority. 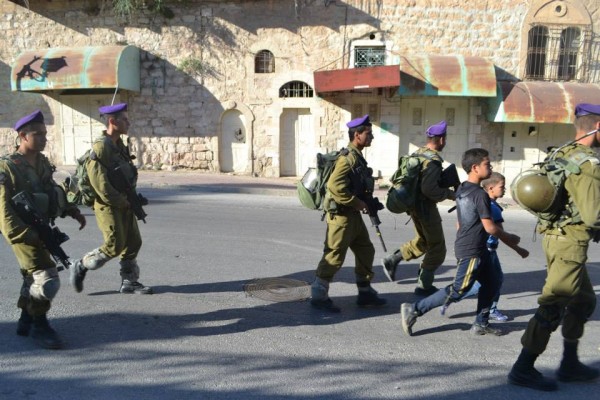 At around 2pm two brothers, Yousuf and Ahmed Gaha, aged 13 and 10, were taken from outside of their home by the Israeli military. According to their mother they were playing at the time. They were taken to the Israeli military base which is on Shuhada Street, which is completely closed to Palestinians, meaning that their mother could not follow – instead she had to wait on the road overlooking the base and watch from afar. Although soldiers could see her they would give her no information about her sons, despite it being illegal under international law to hold minors without access to their parents or a lawyer.

At around 5pm international observers waiting outside the military base heard shouts and cries from children, but still the Israeli military did not release them and refused to give any further information. Several times during the four hours, the Israeli District Coordination Office claimed to both the Palestinian authorities and the International Committee of the Red Cross that the children had already been released, when in fact they were still inside the military base. Under Israeli law, individuals should not be held by the army for more than three hours without being passed to the police, but the military today ignored these rules. 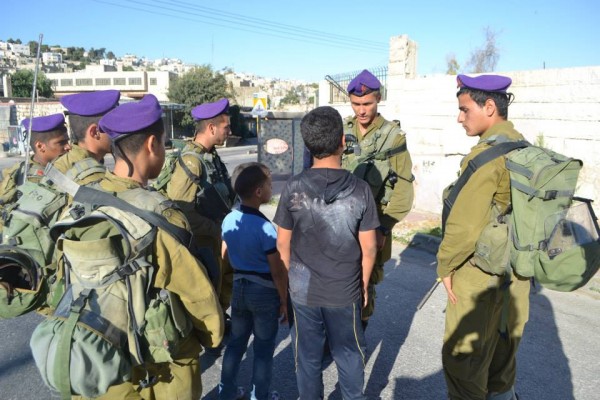 Soldiers repeatedly claimed “we don’t care” and refused to give information to human rights observers. When the children were eventually released, it was not to the Palestinian authority, as is usually the case in the arrest of minors. Rather, the two brothers were released directly into the cemetery above Shuhada Street and allowed to go to their homes. This contradicts the soldiers’ claims that they had seen the boys throwing stones and had video footage of them, as these charges often come with a criminal sentence for Palestinian children.

As the children were released, a settler from one of the illegal settlements of Hebron – farcically holding a bunch of flowers – tried to attack international observers who had been filming the events, telling them to “go home” and calling them “Nazis”, as well as trying to physically assault them. Human rights observers have observed four child arrests just this week in Hebron, and this could easily be a small proportion of the full number. There is a worrying disregard for international law and the rights of the child in Hebron – for example 27 children were arrested at random in Hebron in March 2013. 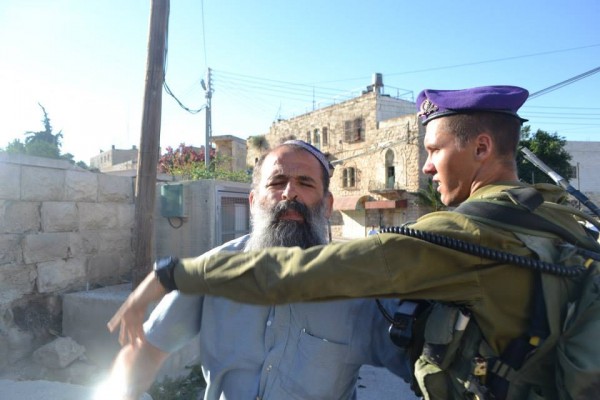