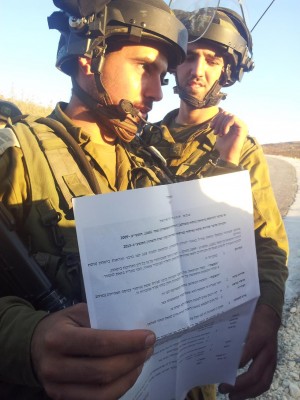 UPDATE 19th June: Settlers from the illegal settlement of Yizhar again attacked the water reservoir project in Asira. At 4pm on the 19th of June fifty settlers, accompanied by over thirty Israeli soldiers trespassed onto village land and attacked locals working on the site. The workers left the project immediately, but the settlers and army remained in the area until 8pm. The army threatened to arrest concerned locals and international activists, stating that the area was now a closed military zone. Tear gas was shot at villagers who stood observing the scene. A number of villagers have noted an increased military presence around the village, with training exercises taking place nearby the past three mornings.

UPDATE 18th June: The illegal settler continue their attacks on the village of Asira. Yesterday (18 June) they burnt the power/electricity switch box of the water reservoir project. Apart from the immediate labour and financial costs, such criminalities aim to further block Palestinian access to their water.

In the evening of Sunday 16 June, a gang of illegal settler colonisers, accompanied by some 30 Israeli soldiers, attacked the small group of Palestinian men who were working on a water project in the village of Asira, south of Nablus. The settlers threw stones while the army threw stun grenades and fired tear gas at the workers and the villagers who had gathered at the site to protect them. The attackers then told the workers that they “must leave the area”.

Such criminal activities against the workers are committed almost daily in Asira. Even despite the fact that the project they are working on – building a water reservoir and a pipe to connect the surrounding villages of Madama, Burin, and Asira, to a water source – has a building permit, they are not allowed to do their work uninterrupted by violence from the illegal settler colonisers and the Israeli army, who have also destroyed some 100 pipes originally bought for the project. 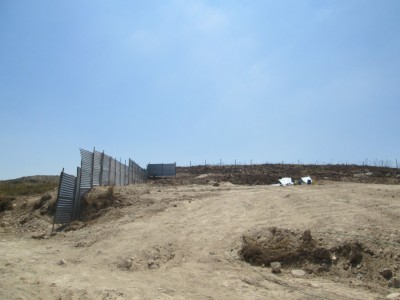 Asira [al Qibliya] is an ancient village with the current population of 3,500. West of the village Roman ruins are still visible; before the Romans the territory was inhabited by the Phoenicians and the Canaanites.

Tradition has it that at the beginning of spring, the villagers of Asira would gather for celebrations on a hill close to the village, which according to Islam is a holy site. Among other festivities, they would play with brightly coloured eggs: one who cracks an egg against another’s, wins.

In mid-1980s, the illegal settler colony of Yitzhar was established on that very hilltop. That was the end of the Palestinian spring celebrations, and the beginning of Asira’s land and, crucially, water theft. Before the colony, the area was the locals’ breadbasket, thanks largely to its generous water resources. The nearby natural spring used to be Asira’s main source of water; the illegal settler colony, backed up by the Israeli government and the army, has completely blocked Palestinian access to the spring. Since then, villagers are forced to rely on water tanks; one such tank costs NIS 130 (US $36) in a place where unemployment is high; it is enough for a family for only a week. In this context, water theft is yet another method intended to drive the indigenous population off their land.

Residents of the illegal Israeli settler colony of Yitzhar are considered to be among the most violent in occupied Palestine; they physically attack Palestinian villagers (oftentimes children), set their land and property on fire, destroy houses, and cut or burn olive trees together with other vital sources of livelihood. “[The illegal settler colony of Yitzhar] is like a cancer in the heart of this area,” a local resident told IWPS. “… And in our hearts.”