Photo essay: March through Nablus and Tulkarem commemorates the Nakba

Today, at around 8am, over thirty people from the Palestinian General Union of People with Disability marched through the city of Nablus to commemorate the 65th anniversary of the Nakba. 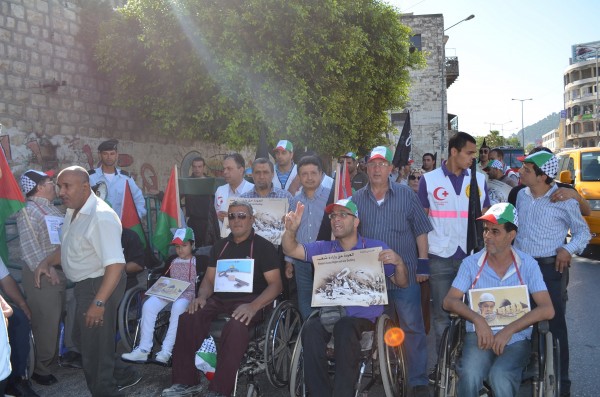 Participants gather in Nablus before the march (Photo by ISM) 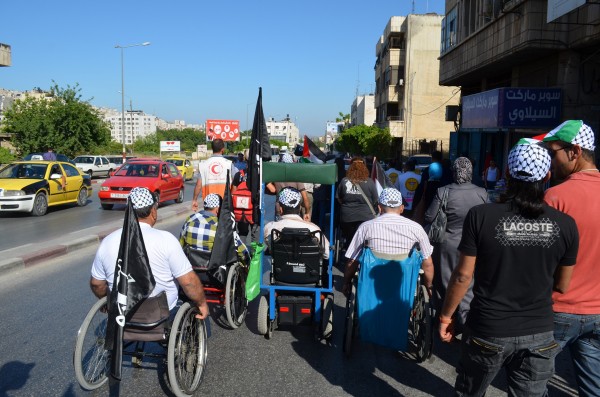 People marching along al-Quds Street in Nablus (Photo by ISM)

After the march, a bus drove participants to Tulkarem where they were joined by approximately 40 more demonstrators. Together they continued the march through the city of Tulkarem. They sang and chanted slogans remembering the 1948 massacre and reclaiming the right of return. 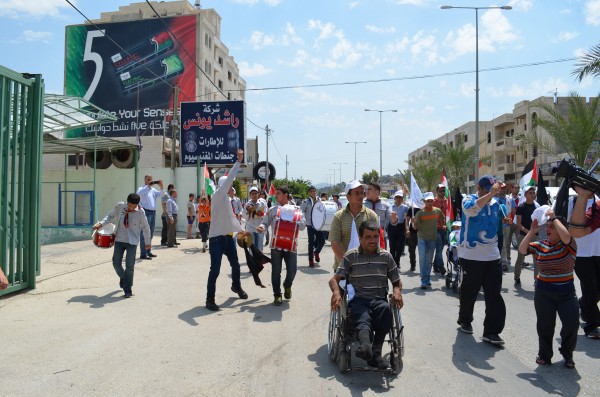 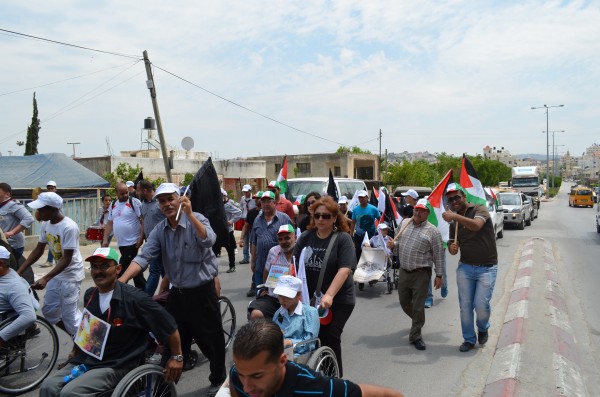 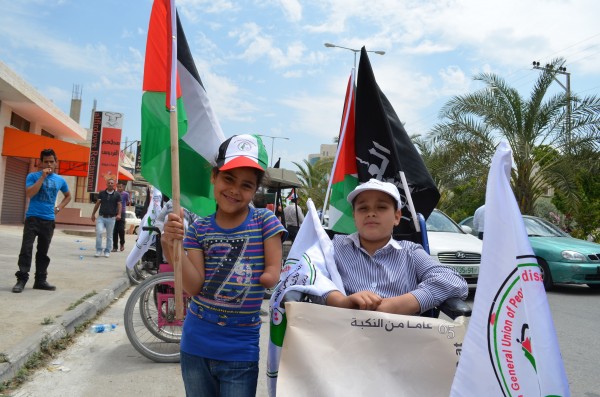 Two young demonstrators participating in the march (Photo by ISM)

The marched finished at the Israeli Chemical factory on the outskirts of the city. Demonstrators hung Palestinian flags and flags calling for the right of return from the wall. 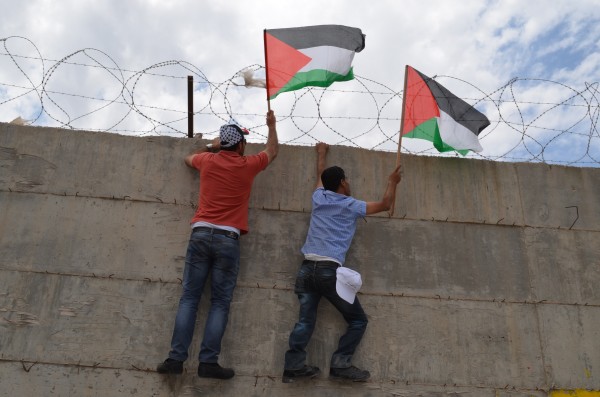