New
Home / Features / Humanity has no nationality: 2nd anniversary of the murder of Vittorio Arrigoni

Humanity has no nationality: 2nd anniversary of the murder of Vittorio Arrigoni 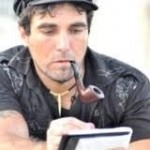 “We must remain human, even in the most difficult times …
Because, despite everything, there must always be humanity within us. We have to bring it to others.” -Vittorio Arirgoni

Today marks the second anniversary of the murder of ISM activist and comrade Vittorio Arrigoni in the Gaza Strip. Vittorio arrived in Gaza on the 23rd of August 2009, breaking the Israeli siege on Gaza with around 40 other international activists which he described as one of the happiest moments of his life: “It became clear, not only to the world, but Palestinians also that there are people who are willing to spend their lives to come and hug their brothers here in Gaza.”

From his arrival until his murder on the 15th of April 2011 , Vittorio stayed in Gaza to work with the International Solidarity Movement there where he attended regular demonstrations, helped both farmers and fishermen and documented the countless Israeli crimes against humanity that he witnessed. Vittorio also stayed in Gaza during Operation Cast Lead which massacred hundreds of unarmed Palestinian civilians.

In an interview he said: “I am from a partisan family, my grandfathers fought and died struggling against occupation, a fascist Nazi one. For that reason presumably in my DNA, my blood, there are particles that push me to struggle for freedom and human rights.”

As the children of Gaza continue to be born under siege and the Palestinian people suffer the brutality of the occupation every single day, the best way to honour the memory of Vittorio Arrigoni is to continue his work and never cease to resist. Vittorio continues to be an inspiration to people all over the world resisting injustice and inhumanity. To echo one of his favourite quotes, “A victor is merely a dreamer who never stops dreaming.” Vittorio, we will never forget you.