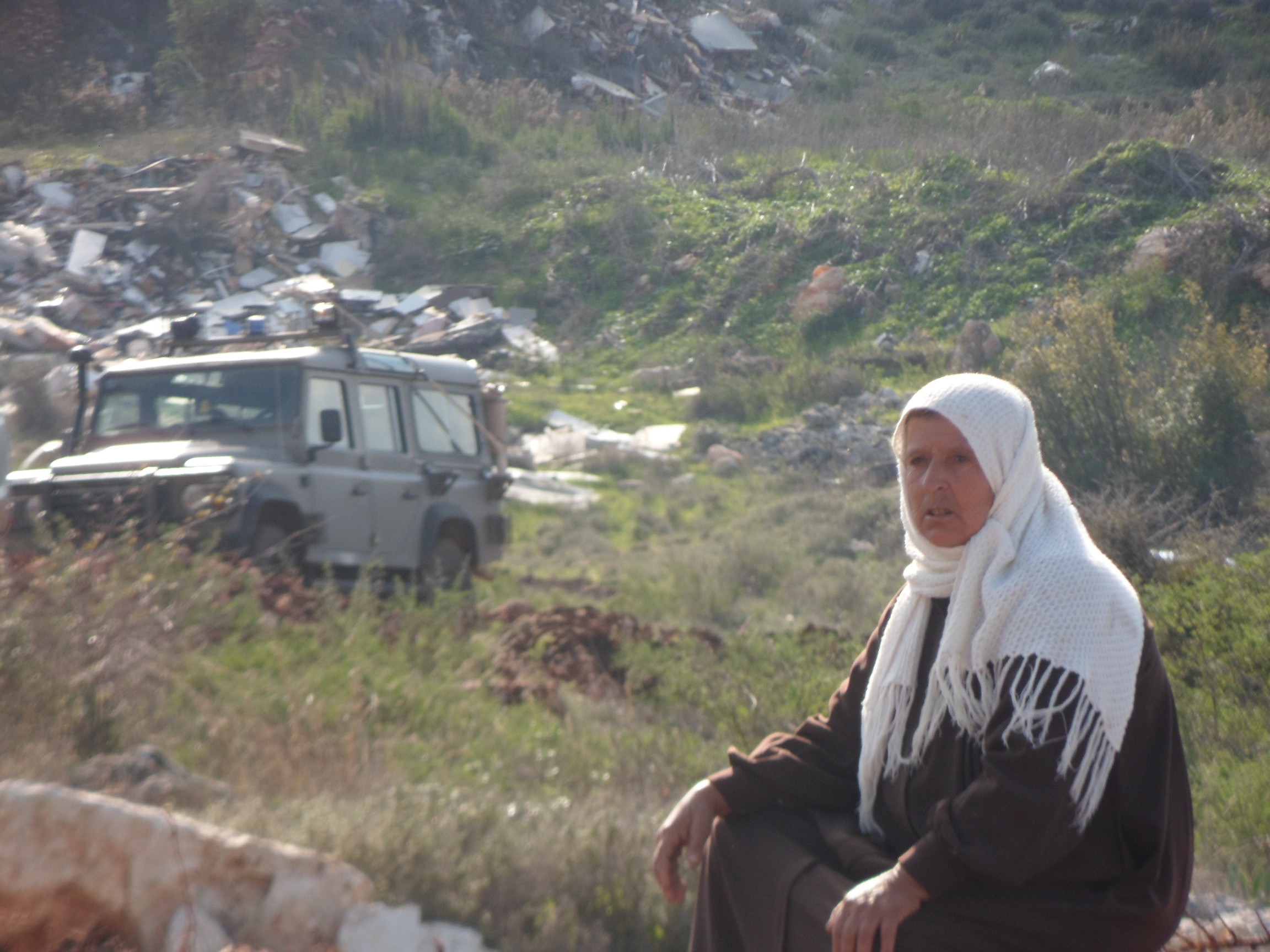 of Hajja near Kufr Qaddoum, in the northern part of the West Bank. They rolled past the Illegal Israeli Settlements, where many Palestinians from the surrounding villages work, with less workers’ rights than the Israeli Settlers who work in the same factory.

Beneath the factories lies open farmland.  Olive trees run up the sides of the hill, this is the land they’ve come to take. A confrontation happens between the Palestinians who own the land and the Palestinians from 1948 that drive the bulldozers that are already are ripping up the land. The bulldozer has destroyed everything in its path already, ripping up chunks of soil, trees and shrubs along the way.

During the dispute soldiers appear, they’ve been sent to ‘protect’ the bulldozer drivers. They assure the Palestinians who rightfully own the land that they have received permission. When challenged the story changes, the soldiers have arrived without proof and it seems without permission.

Hajja has ten Illegal Settlements surrounding it to date; already they have lost so much.

We arrive at midday, the day after the first encounter. Today the soldiers come with a map, they have it all planned and regrettably it’s inevitable that the process will continue.

We arrive to the area around 2pm, a 65 year old women is clenching her fists into the sky, wailing and begging, demanding answers for what is about to happen. The soldiers tell the village that the land will be used to build an electricity post, which will also include a road which will be used to access the point. The land is shared between hundreds of people and as a result of this potentially the village would lose access to this land.

Fatima Bora Dean Marsalha tells me ‘Every time they come they destroy our land, Two years ago the settlers came and tried to build here. We just want to be able to live and work on the land that belongs to us.’

The soldiers leave and go, leaving the villagers from Hajja on the land that belongs to them, the soldiers holding their livelihoods in the palm of their hands. The soldiers I’m told are going to find more proof that they can access the land to build the Electricity Line, in the process destroying the land and preventing the Palestinians from accessing it. I am told by a Palestinian that this is how the settlements begin, first they come with a small proposal then they move on caravans, and then houses.

As we begin to walk away a Wild boar pounds down the hill towards us, the Palestinian guys throw stones to scare it away.  Released by settlers to intimidate, destroy and damage the land. Wild boar are not native to Palestine, as I leave I realise that there are many manipulative tactics to this occupational game of land steal.