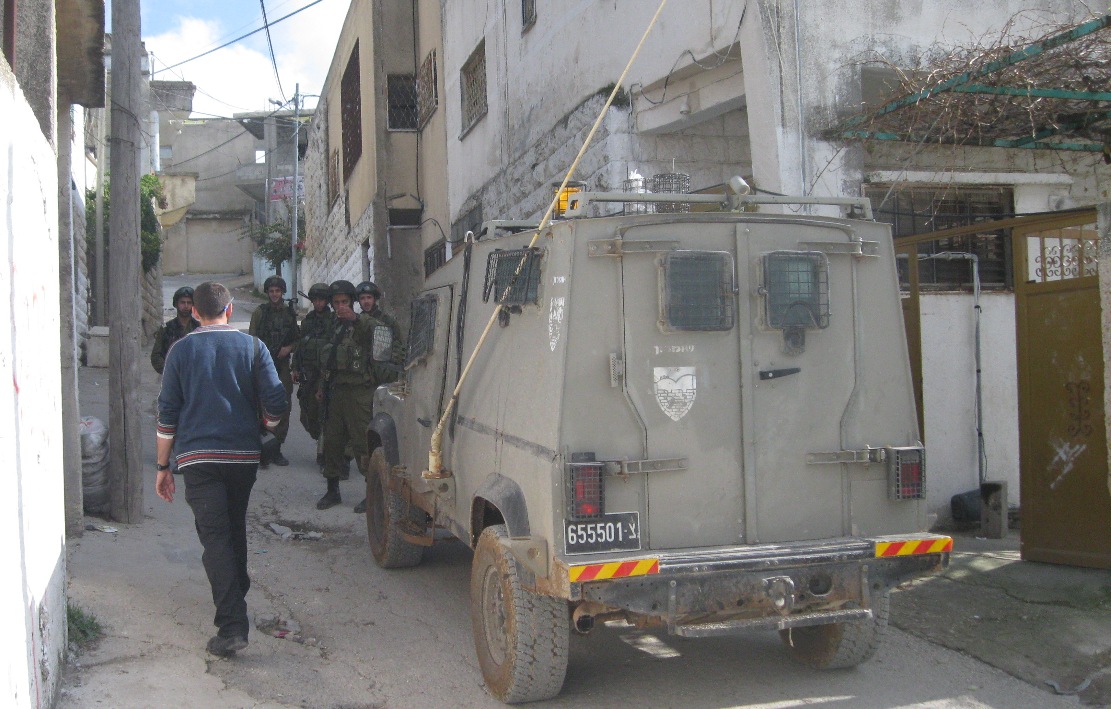 the village of Urif, south of Nablus,  around  seventy soldiers on ten military jeeps soldiers invaded the village at 9:30 this morning. They started firing tear gas on children aged three to six years that were leaving their school after having finished an exam. The whole village was put under curfew for a few hours.

International solidarity activists arrived in Urif to find scores of terrorized children running away from a school that had just been attacked with tear-gas by the Israeli military. The soldiers ordered everyone to stay off the streets and shot tear-gas directly at old women who were next to a home in the village centre. Dozens of soldiers went around the village with military jeeps, broke into homes and fired tear-gas into buildings and streets, while others positioned themselves on roof tops. One international activist was briefly handcuffed and detained by the military. In another incident an international activist was punched in the chest and in the face after having been asked for his documents by the Israeli Border Police. Soldiers started leaving the village at 1:30pm. No arrests were made.

Life in the village of Urif has been completely disrupted in the past month as settlers from the illegal Israeli settlement of Yizhar have been attacking the village almost daily. This is usually followed by attacks from the Israeli army against the people who go to defend their village from the settlers.  The military also carried out various incursions into the village. In past four days soldiers entered the village twice in the middle of the night and shot tear-gas and sound bombs until the early hours of the morning. The villagers of Urif also talked about a particularly toxic tear-gas that is being used. Only in the past month, 17 women from Urif have had  miscarriages from tear-gas inhalation. Although attacks from settlers were not uncommon in all of the past two decades, people in Urif told us that after the successful bid by Palestine to become UN observer member, attacks by Israeli settlers and soldiers became incessant, effectively denying any semblance of normality to life in the village.