Family home raided in Silwan after settler attack on children

Israeli forces raided a Palestinian family home in Silwan on Saturday, 18 September. The Karki family were accused by armed forces of attacking nearby Israeli settlers.

Ahmad Siyam told Silwanic that a group of Palestinian children playing in the street were in fact attacked by settlers, leading to a confrontation. When the children continued playing after, a settler arrived 10 minutes later with an Israeli forces escort to arrest the children. When the children ran away, armed forces raided the Karki home. 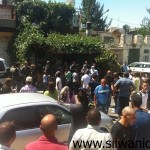 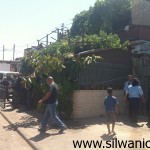