Thirty olive trees cut nearby the Palestinian village of At-Tuwani 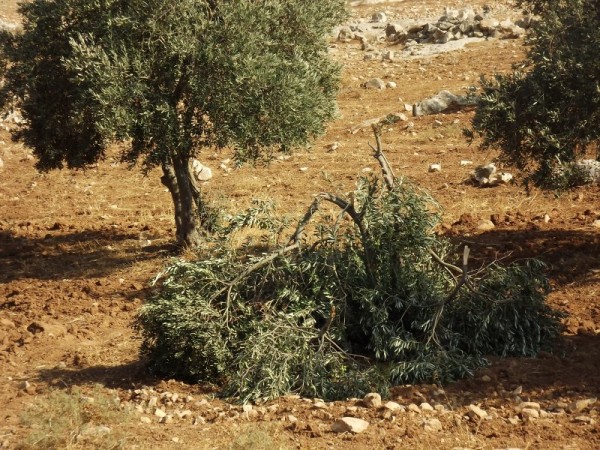 In the afternoon of August 16th some Palestinians discovered that an olive grove situated in Humra valley had been recently destroyed during the night, according to a Palestinian. Thirty olive trees were broken or severely damaged.

The area in which the olives trees were cut is located in front of Havat Ma’on, an illegal outpost.

The amount of Palestinian trees tore down and damaged since January 2012 rises to 97: a largest number is located in Humra valley.