“I have not slept all night.” The words of a young man from the Bilal Al-Najjar youth cultural center in Burin, after a night of raids by the Israeli Occupation Forces (IOF) on the town.

On Monday 23 July at 9:30 p.m., some 20 IOF military jeeps entered Burin, a village of 3,000 inhabitants located southwest of the city of Nablus. The Israeli military closed all entrances to the town, isolating it during the invasion. Burin’s residents are accustomed to such raids on a weekly basis, but usually they occur much later at night. This time, as the military entered Burin, many residents of the town were still outdoors and encountered the IOF jeeps on their streets.

During the invasion, soldiers repeatedly fired tear gas in the center of Burin, even inside of residents’ homes. A woman of 65 had to be evacuated by ambulance to hospital in Nablus after suffering suffocation from the gas.

Accompanying the military were 5 Israeli settlers from a nearby illegal settlement. According to Palestinian witnesses, the settlers at first were hesitant to leave the military jeep that they arrived in, but the back-up of the Israeli military encouraged them. The settlers took photos of the new Bilal Al-Najjar cultural centre, still under construction, and the old original center.

Israeli occupation forces left the village at 11:30 p.m., after two hours in the village.

“We are leaving now but we will return very soon,” threatened the commander of the Israeli forces present in the village of Burin Monday night. Indeed, 5 military jeeps returned that very night at 1 a.m. to patrol the residential streets. 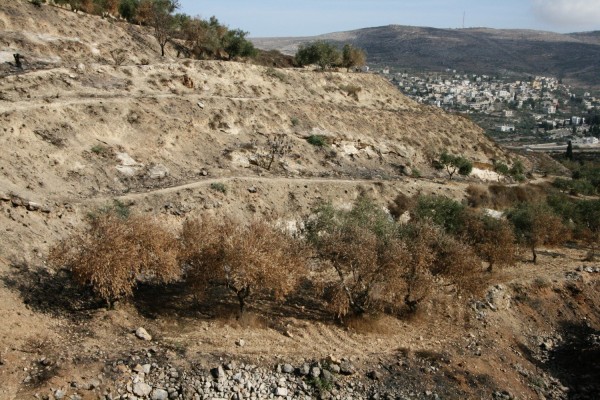 The residents of Burin suffer such raids on a weekly basis, and the presence of Israeli military jeeps in their village is constant. These occurances prevent many from a peaceful night of sleep, for fear of arbitrary arrest or injury during the invasions.
A youth from the Bilal Al-Najjar cultural center recalls a similar raid on Burin three months ago. Several youth were arrested and to this day remain in administrative detention (no charge, no trial) in Israeli prisons. Many fear the same fate.

Burin is a town which, apart from the regular nightly military incursions, also suffers repeated violent attacks by Israeli settlers from the two adjacent illegal settlements, Yitzhar and Bracha.

Alma Reventós is a volunteer with the International Solidarity Movement (name has been changed).