Addameer Prisoner Support and Human Rights Association, Al-Haq and Physicians for Human Rights-Israel (PHR-IL) are gravely concerned for the life and health of the three remaining Palestinian hunger strikers held by Israel. Of utmost concern is the health and life of administrative detainees Samer Al-Barq, today on his 70th day of renewed hunger strike, and Hassan Safadi who is on his 40th day of renewed hunger strike. Samer, whose current strike follows his previous 28-day strike and whose health continues to deteriorate rapidly, is only taking salts and vitamins and he is still being held in isolation. 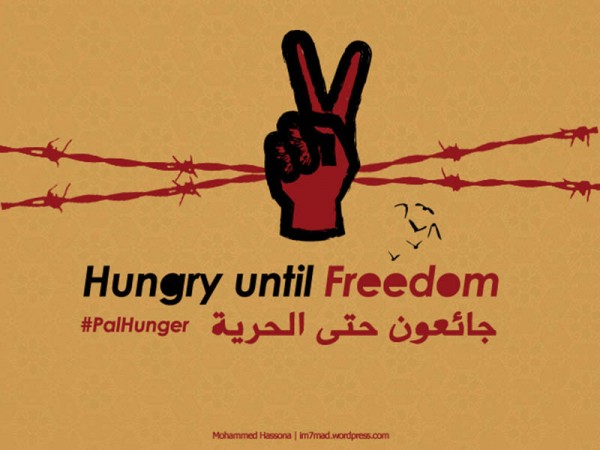 Despite prior coordination with the IPS regarding a PHR-IL doctor’s visit to Ramleh prison medical centre on 25 July to examine both Akram and Hassan, the IPS informed the doctor on her arrival that Hassan had been taken to a court hearing and therefore only Akram could be examined. In clear breach of the court order, the IPS still ignores PHR-IL requests to allow the independent doctor visit to Samer and Hassan.

Akram Rikhawi ended his hunger strike on 22 July after 102 days upon reaching an agreement with the IPS. According to the agreement Akram will be released on 25 January 2013 to his home in the Gaza Strip, which is six months prior to his original release date.

Following the visit to Akram, the PHR-IL doctor reported that though his general feeling has improved, he is still suffering from multiple conditions which have been left untreated.  Akram’s asthma continues to be a cause for concern and is severely unstable despite treatment with steroids. The doctor also emphasized that asthma is a life-threatening illness that in the case of a severe attack could lead to death. Furthermore, the doctor also found that Akram suffers from unbalanced diabetes and recommended the renewal of his treatment which was stopped during the hunger strike.

Akram also suffers from severe weakness in his left foot with a lack of full sensation in his left thigh. As his condition has not improved since ending the strike, this would indicate progressive motor and sensory damage to the left thigh. The PHR-IL doctor recommended Akram’s immediate referral to a public hospital in order to identify the etiology and to perform a full neurological investigation.

It should be noted that in the two previous visits of the PHR-IL doctors to Akram, on 6 June and 5 July, both recommended further medical neurological investigation and warned of the danger of peripheral nerve damage. The doctors also recommended immediate examination by a lung specialist. To date, these recommendations have not been performed.

Hassan Safadi is on his 40th day of renewed hunger strike, after previously spending 71 days on prolonged hunger strike. His last administrative detention order was due to expire on 29 June and, according to the agreement ending the Palestinian prisoners’ mass hunger strike, he was supposed to be released on that date. However on 21 June he was informed of the renewal of his administrative detention order for a further six months, in violation of the agreement.

According to PHR-IL lawyer Mohamad Mahagni following his visit to Hassan on 22 July, Hassan is currently being held in an isolated cell. Hassan has reported escalating pressure from the IPS to end his hunger strike. Hassan further noted that his court hearing on 25 July has been delayed again until 07 August, stressing that he is in no condition to travel 15 hours every time for the court hearings. He also reported suffering from kidney problems, sight problems, extreme weakness, severe weight loss, headaches, dizziness and has difficulty standing.

Today represents Ayman Sharawna’s 30th day of hunger strike. Ayman was released as part of the prisoner exchange deal in October 2011, only to be re-arrested on 31 January 2012. No charges have been filed against him. Ayman has been recently transferred to Ramleh prison medical center due to the deterioration in his health.

While administrative detention is allowed under international humanitarian law, it must be used only under exceptional circumstances as it infringes upon basic human rights, including the right to a fair trial. Indeed, the denial of a fair trial constitutes a ‘grave breach’ of the Fourth Geneva Convention. Furthermore, the European Parliament called on Israel in a September 2008 resolution to “guarantee that minimum standards on detention be respected, to bring to trial all detainees, [and] to put an end to the use of ‘administrative detention orders”. The United Nations Human Rights Committee has stated several times that prolonged administrative detention is likely to result in the exposure of detainees to “torture, ill-treatment and other violations of human rights.”

In light of the further deterioration of the conditions of the remaining Palestinian prisoners on hunger strike, Addameer, Al-Haq and PHR-IL urge the international community to immediately intervene on their behalf and demand: